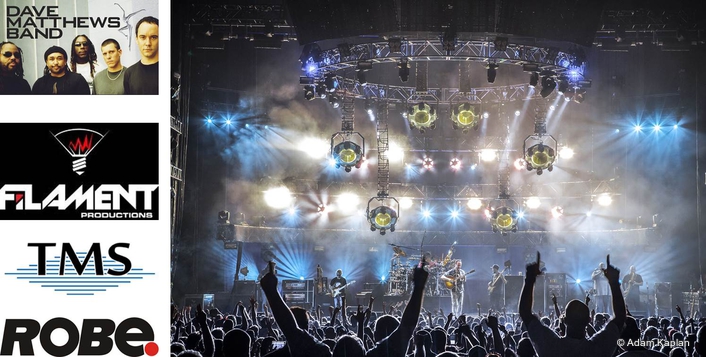 The Dave Matthews Band is playing its 25th anniversary tour in the U.S. and Canada this summer. The lengthy annual DMB summer tours have actually acquired legendary status and are known for improvised renditions of their regular songs as much as for their stunning visual shows which have been designed by Fenton Williams since the early 1990s.

Fenton and his Charlottesville-based design company Filament Productions are still responsible for the production design and this year he and co-lighting designer Aaron Stinebrink specified Robe BMFL Spots and PATT 2013 fixtures.

Aaron also works for Theatrical Media Services (TMS) based in Omaha, Nebraska, the tour’s lighting vendor and he’s been involved with Fenton and DMB in various lighting capacities since 2003, the last four years as joint LD and lead programmer. 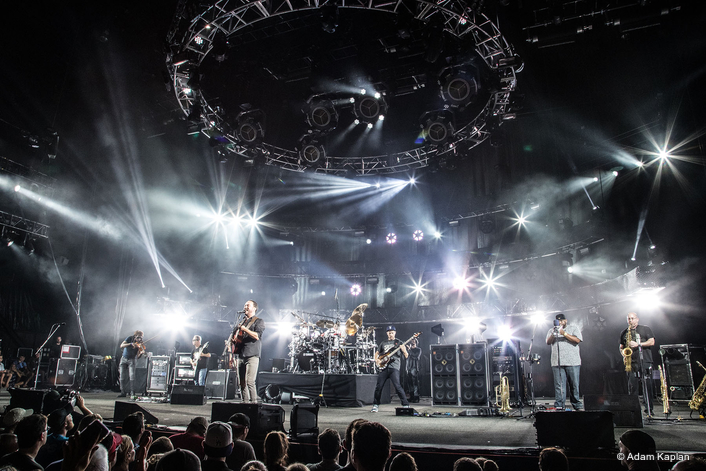 The design process between the two men is always “a lot of fun” claims Aaron, explaining that it all starts with a few conversations to discuss interesting ideas to be explored, from which Fenton produces some initial drawings which bounce back and forth between them. Various elements are added and some that won’t work are cut, all the time keeping in mind the wide range of venues on the itinerary … and the need for adaptability!

For this tour, Fenton really wanted a balance between lighting and video and was keen to avoid a ‘conventional’ large upstage video wall ... so instead there are five downstage high res LED screens slightly angled back like a digital scoreboard, with three lengths of ‘ribbon board’ video cladding the fronts of three curved trusses surrounding the band.

Ten of the 28 x BMFLs are on the top two trusses behind the band, with another 10 on the floor and the remaining eight split into two groups of four, positioned upstage right and left.

The six PATT 2013s are built into custom pods which are lowered in on Pantographs at strategic moments of the show – to great effect – a move that also changes the architecture of the entire performance space, so it has big impact.

Aaron thinks that the BMFLs are fantastic fixtures, extremely bright and with a very even and flat field of light … as well as “impressively nimble.” He adds that they have a great array of features allowing designers to be very creative. 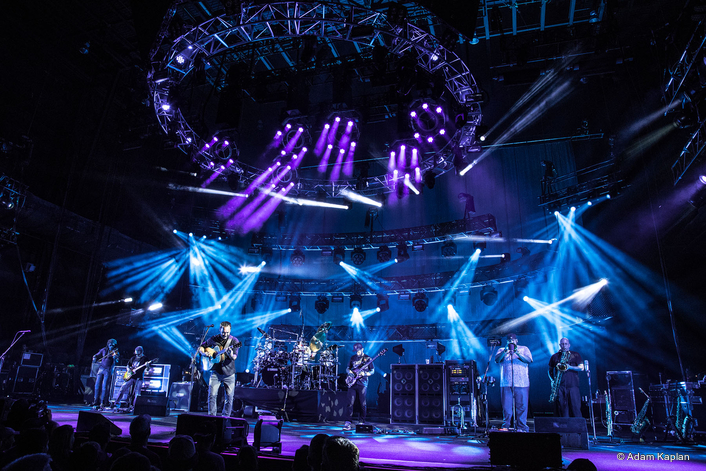 Fenton agrees  and underlines the fact that the BMFL Spots hold their own against the video and the beam and wash lights dotted all over the rig.

Aaron loves the BMFL animation wheel and the dual prism is another favorite, along with “the overall quality of the light output, which is absolutely second to none.”

They chose PATT 2013s because they wanted some fixtures with that ‘old-skool’ tungsten-feel.  They started with the PATT 2013 lightsources and then designed the pod to surround the fixtures. It is a “fantastic visual component of the show,” states Aaron.

Talking about Robe generally, he feels that the brand has “rocketed to the top with the past years’ fixture releases and the quality and durability is consistent across the various Robe products.” 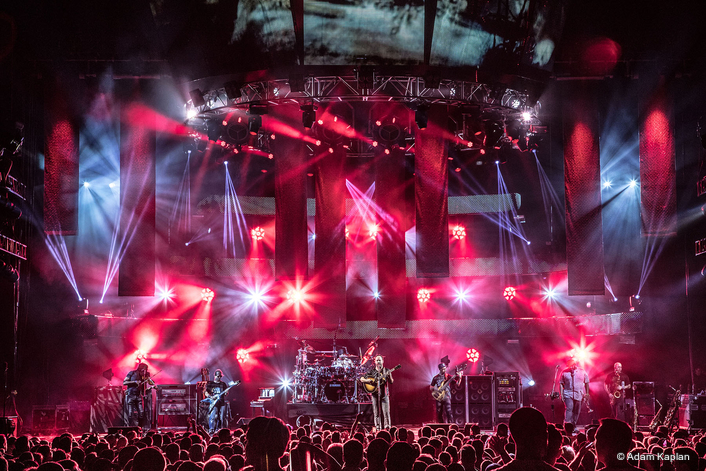 The overall look and feel of the show’s lighting is intimate and personal, capturing the spirit of the DMB performance oeuvre really well. The ceiling height is around 26 ft. with the downstage video wall in place which really draws all eyes in to focus on the band.

For Aaron, the best part of working with DMB is the family atmosphere. The show is both challenging and rewarding to light and the chance of working with some of his good friends … makes the experience all the better!

Lighting crew chief from TMS is Pete Franks and the techs are Bob Chaise, Jerry Kaiser, Josh Albright and Josh Light. Josh Light is also programming and operating the desk for the tour. TMS president Mark Huber is the account handler. 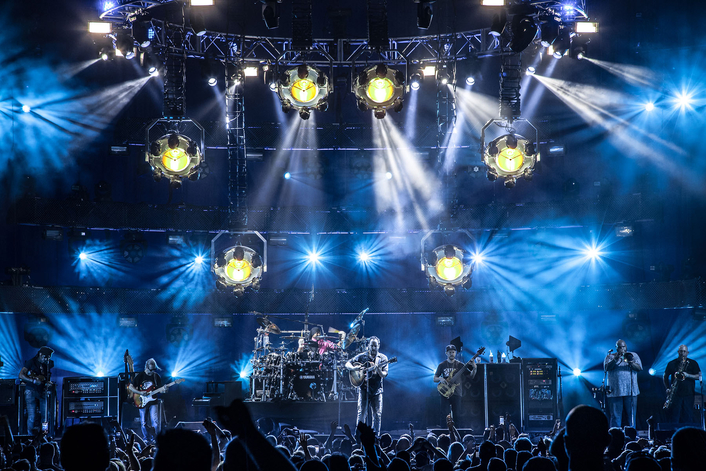