Over 28,000 revellers descended on Tempe Beach Park for the four-day event, with West bringing it to a close on the Sunday evening. The rapper performed on the East Stage under a spectacular, moving array of 360 Par 64 lamps and 55 ETC Source Four Par lamps. The motion of the rig was controlled by a 17-hoist CyberHoist II system. 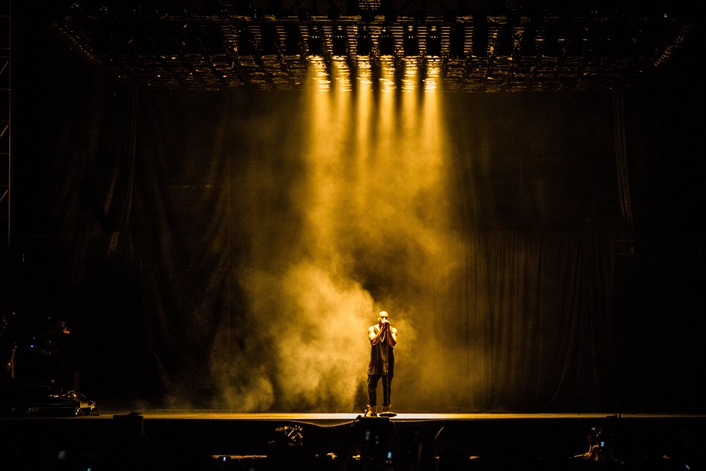 "We worked closely alongside Kanye's creative team to make his old school stage lighting vision come to life," explains Garberson. "As they had used the CyberHoist II system on previous shows, including this year's Glastonbury festival in the UK, it was the ideal solution for the automation." 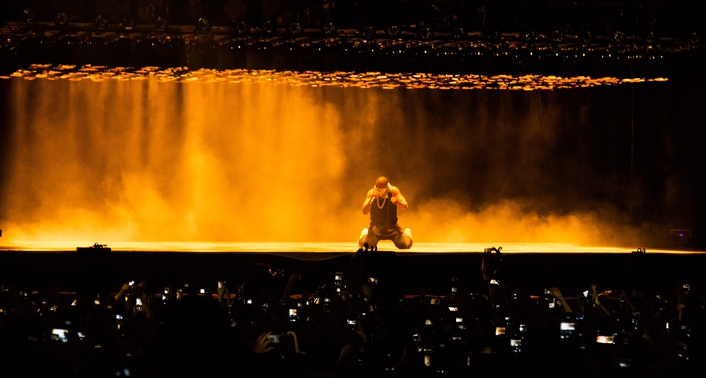 The SIL3 (Safety Integrity Level 3) compliant CyberHoist II motion control system was pre-programmed to cues to automate the 32ft by 42ft rig and create the set's main looks, which included rising the front of the grid to expose the entire array of lights then later rising the back to create a different perspective.

"It was my first time using the system, and I was very impressed with the pre-programming of cues and the variable speed of the motors," continues Garberson. " 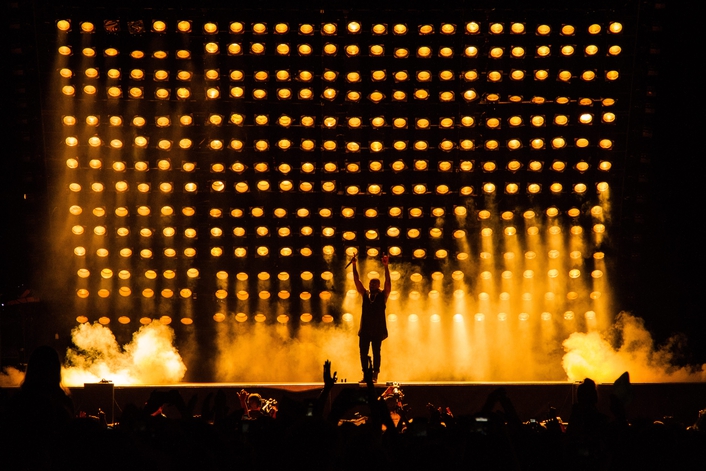 The CyberHoist II enables a show designer to create precise, complex 2D and 3D movements at variable speed (up to 30 m/min. = 100 ft/min), with multiple actuators in single, group or subgroup formations.

"I really liked the fast connection from the hoist to the control panel, which was set up on a laptop. It made everything run very smoothly," says Garberson.