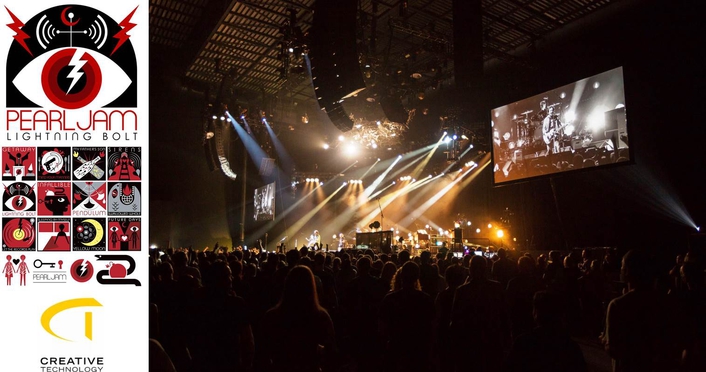 To support their tenth album, American rock band Pearl Jam has taken to the road for their international tour ‘Lightning Bolt’
Working with Video Director Blue Leach for Pearl Jam Inc. Creative Technology (CT) provided the video equipment to complement Blue’s visual directing for the twelve date European leg of Pearl Jam’s international tour. Until this tour, Pearl Jam has never toured with cameras and screens, however Blue quickly established a creative connection with the band after warm up shows in London, Ontario and Wrigley Field in Chicago last July (2013).

To visually enhance the shows CT provided IMAG Screens with, for the arena shows, two projection screens utilising 21K Panasonic projectors to deliver the photographic displays at either side of the stage. Four Sony HXC 100 Cameras were also provided; one at front of house, two on track and dolly and one handheld on stage.

Outlasting and outselling many of their contemporaries of the 90s, Pearl Jam was one of the key bands that heralded the grunge and alternative rock movement and has lead to them being considered one of the most influential bands of that decade. Still going strong in 2014, the band’s sell out Lightning Bolt tour reached Europe in June for their twelve night European leg and has received critical acclaim for their latest album and supporting tour. 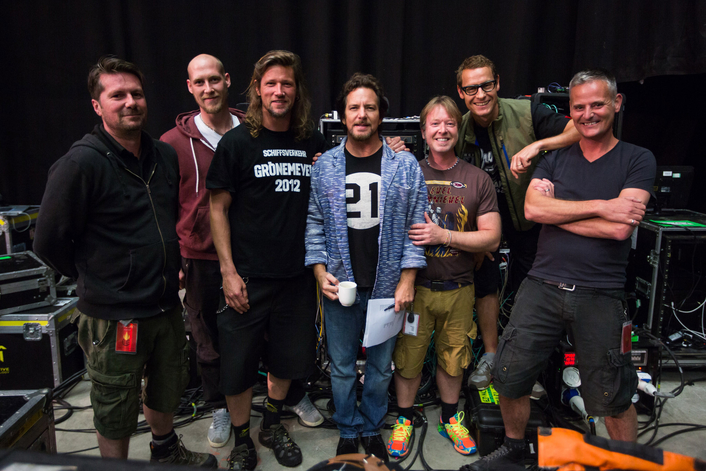