CT Provides Vision to The Voice 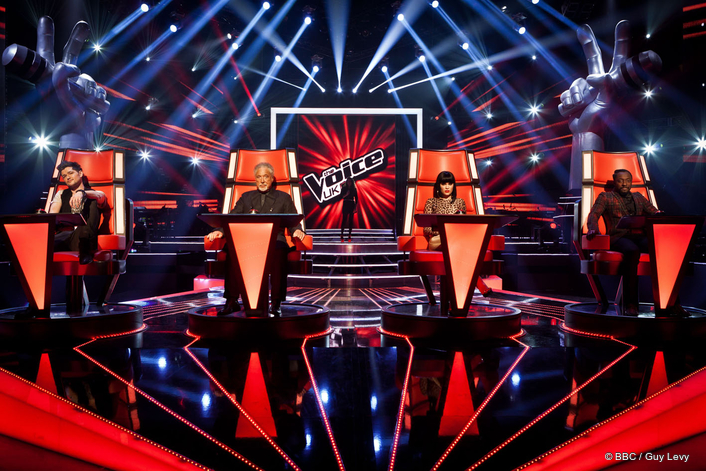 Featuring an unblushingly brazen set, Creative Technology (CT) is delighted to be involved in setting the scene
A new onslaught of Saturday evening reality television shows has begun with both sides vying for the best viewing figures for the family audience. This year, the BBC is launching a brand new singing competition, one that has already had remarkable success in the Netherlands, Germany and the USA, to compete with the sixth series of ITVs Britain’s Got Talent. The Voice, a new concept in reality TV talent shows, that leaves the appearance, image and marketing behind, truly focuses on nothing but the voice.

Created by the Dutch TV producer John de Mol, the brain behind Big Brother and Deal or No Deal, The Voice is unusual in that the judges don’t get to see the acts, they only get to hear them.

Facing backwards and therefore unable to see the contestants in action, the judges or ‘coaches’ are seated in enormous red swivel chairs. If the ‘coaches’ like the sound of the voice they press the buzzer in front of them and the chair spins round. If more than one ‘coach’ spins round the contestant gets to choose his or her ‘coach’.

Featuring an unblushingly brazen set, Creative Technology (CT) is delighted to be involved in setting the scene for the striking backdrop to the show. Alongside the creative talent of Julian Healy, the production designer on the series, CT had a set and light period of only three days, in which time over 150m2 of LED screens as backdrops and floor covering were rigged. With the main set screen comprising of 30m2 of Chromatek Black Faced 6mm LED screen, the fragmented Flyer 18mm banner screens, positioned either side of the main screen, enable the show movement and fluidity of scene changes. Beneath the artists’ feet is a further 30m2 of Flyer 12mm display, all of which provides a seamless flow of graphics and media content to enhance and intensify the overall look of the stunning set design. CT also supplied 550 metres of Video Flex, used to edge the set and to create further movement between the talent and judging areas.

CT’s German operation has provided an equally comprehensive range of AV equipment for The Voice’s German franchise, which was launched in November last year. 44m2 of Hibino Blackface alongside 150m2 of Spider 30 was used for the main screens in addition to 1200 Barco MiStrips in both the roof and the floor with a further 980 metres of Schnick Schnack LED strips. Seven Green Hippo media servers and two full size GrandMA consoles provided the graphics and lighting control. CT will be on hand once again for The Voice Germany when it begins it’s second series in June.

The Voice UK premieres in the UK on Saturday 24th March and will be hosted by Holly Willoughby and Reggie Yates. Following hot in the heels of US ‘coaches’ Cee Lo Green and Christina Aguilera, the UK’s ‘coaches’ feature Jessie J, Sir Tom Jones, Will.I.Am (the Black Eyed Peas frontman), and Danny O'Donoghue (from Irish band The Script). The ultimate voice will win £100,000 and a record deal with Universal Republic.