Production Manager Marc Estrin worked with Elite to equip the Platinum-selling recording artist with a lighting package specifically designed for the Raise ‘Em Up Tour and Lighting Director Gavin Lake to run it. Put together to get on and off the stage quickly, the high impact lighting rig is ideal for the daytime, outdoor events where speed and light output is crucial.

“Tom and Cannonball got it all done,” said Estrin. “They found us the gear and an LD in no time. Elite really seemed like a company we could grow with.” 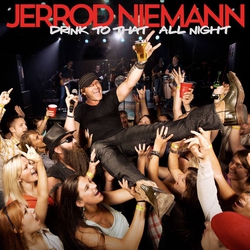 A Sea Gayle Records/Artista Nashville artist, Niemann found huge success this year with his RIAA Gold-certified multi-week number one hit “Drink to That All Night” from his third major label release High Noon. He recently released a remix of the song featuring international superstar Pitbull as well as his latest single, “Buzz Back Girl” from High Noon, the 2014 follow-up to his acclaimed, musically adventurous 2012 release, Free The Music.  Niemann’s chart-topping critically acclaimed major-label debut, 2010’s Judge Jerrod & The Hung Jury, produced the No. 1 smash and RIAA-certified Platinum digital single, “Lover, Lover,” and the Top 5 and RIAA-certified Gold digital single, “What Do You Want.”

“Jerrod’s growth as a songwriter and the success that has come from his other talents as an artist have allowed Jerrod to make his definitive mark on country music,” said Wilson. “It’s a pleasure to be involved in this tour and we look forward to see what he continues to do.”

Niemann’s tour with Urban wraps in late September, while additional fall headlining dates were announced Aug. 11 and include a date at historic Ryman Auditorium.