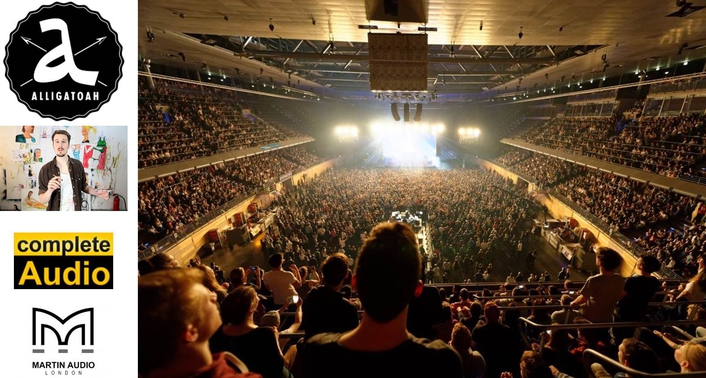 When the multi-genre German artist who goes by the name Alligatoah took to the road recently prior to the summer festival season, his sound production company, Berlin-based Complete Audio, knew they had their hands full.

Operating under different persona, the German rapper, singer, producer and DJ would be covering a wide variety of venue sizes in a theatre style presentation.

But Complete Audio MD, André Rauhut, who has been working the artist since 2013, knew that once management had specified Martin Audio’s award-winning MLA Multicellular Loudspeaker Array (and smaller MLA Compact) the show would be in safe hands — particularly since FOH engineer Claudio Malaguti was already familiar with the unique properties of the system. 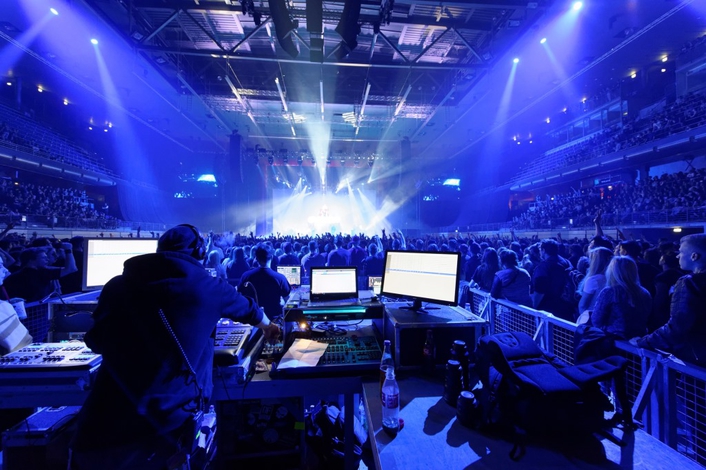 “[Alligatoah] is supported by an unconventional five-piece backing band who are constantly switching instruments,” André explains. This instrumentation ranges from oboe to nylon-strung guitar with a classic drum kit — and of course a DJ. “This crossover blend of Rap, Soul and Rock pretty much defines the contemporary German music scene right now,” he adds.

Visually, he said, the show also packed a punch, with a number of set changes and kabuki drops. 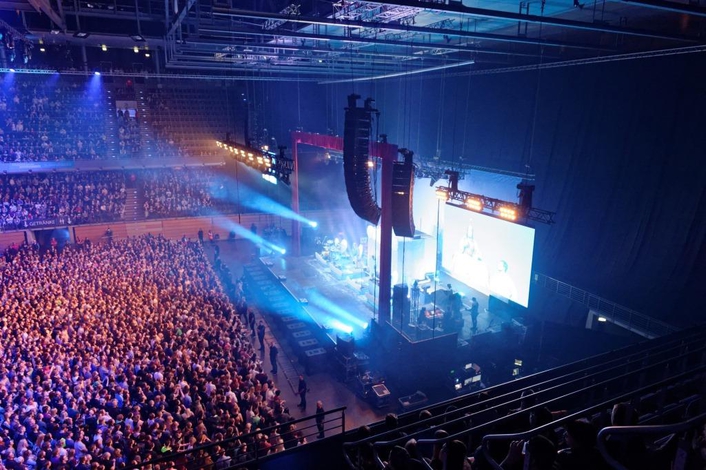 Such is the incredible projection of MLA, André Rauhut knew he could save the client further expense by dispensing with the need for additional delay towers, which would generally be hired in locally. “Some of the local crew were left wondering how we did it,” he exclaimed.

MLA successfully boosted the artist’s wide range of styles and dynamic range, delivering perfect clarity and even coverage to every seat — whatever the venue size. In total, the tour visited 15 venues in Germany, Austria and Switzerland with venue capacities rising to a maximum of 10,000. In one venue, which was deemed too small for the main PA they deployed their MLA Compacts, which were otherwise used for sidefill duties, as the main PA.

Typically, the configuration was 11 x MLA and an MLD Downfill per side for the main PA while the side-hangs ranged from eight to 12 MLA Compact on each flank.

Production also carried 16 x MLX subs that were set up as a non-cardioid broadside array along the stage apron. 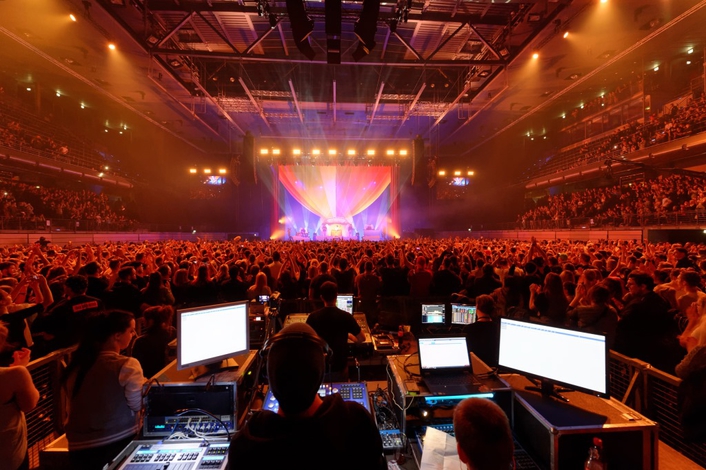 With Julian Hoffmann and Thomas Birnbaum as the capable tour technicians, the audio distribution was clearly in safe hands. “In fact,” concluded André, “production came to me at the end of the final show just to thank us for the system and to underline how well it performed.

“Needless to say the next tour which takes place this autumn has already been booked with MLA!”