Colour Sounds Listens to The Kooks 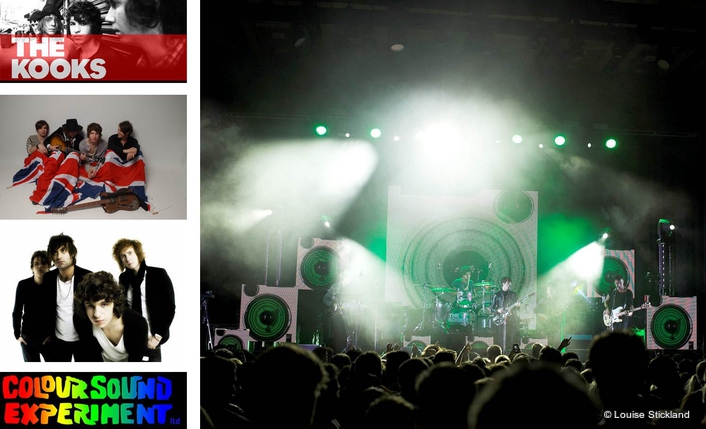 Jvan is not afraid of taking a creative risk or two, and the design involves a provocative synergy of lighting and video delivered with Jvan's trademark thought and intelligence. The set embraces a whole range of styles characterized by The Kooks own distinctive style, and for every number, Jvan's imagineering brings an individual look, theme or ambience.

It's also Jvan's first full tour with Colour Sound as a supplier, on which he comments, "I like working with this company! It’s a very well-organized operation with excellent kit, everyone is friendly and highly knowledgeable … and generally they have a great attitude!" 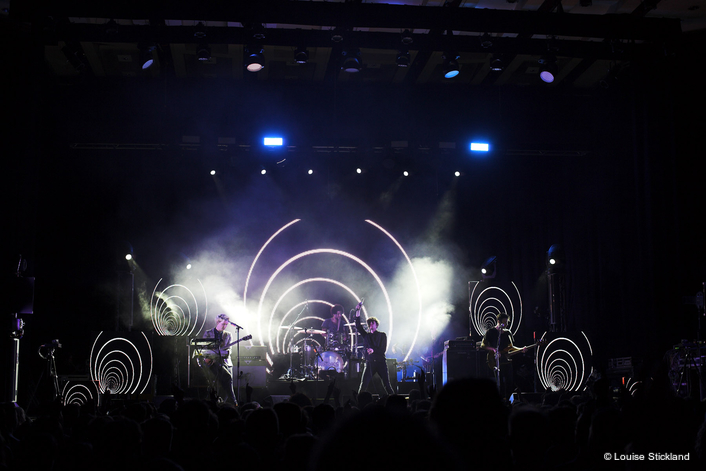 He adds that Colour Sound was also able to come up with a cost-efficient package to fit an expedient budget which he has stretched in all possible directions to ensure that the band receive the very best production values. It made things additionally straightforward dealing with one company as a lighting and video supplier.

The “Listen” album was released in September and this touring campaign started with some warm-ups for which Jvan used vintage 1990 CRT TVs to display visuals. It looked uber-cool but they were completely impractical to be on the road, so when the full tour kicked in, these were replaced with Colour Sound’s own proprietary BT LED screen.

A total of 11 individual screens are made up from 6mm and 18mm BT product to create an off-beat fragmented look.

The screens were the starting point for the stage design. "I wanted to clutter the space with different elements," declares Jvan who uses video as a lightsource as well as in its more conventional role.

The 11 screens are all built into custom frames so they can be niftily slotted together. There are 7 x half metre square and 4 x 1 metre square screens in the 6mm pitch dotted around the stage, multiplying the layers of luminosity, with a larger 5 x 4 metre surface upstage centre made from 20 mm pitch.

The individual screens are mounted on a combination of modified upright trussing sections and scaff pipes and on custom floor bases, all specially constructed by Colour Sound and designed to pack into dollies for transportation and quick in / out deployment.

The lighting rig is small but exceptionally versatile. Jvan is a great exponent of the 'less is more' concept, and has more than enough imagination to make even the most minimal amount of kit look fabulous! 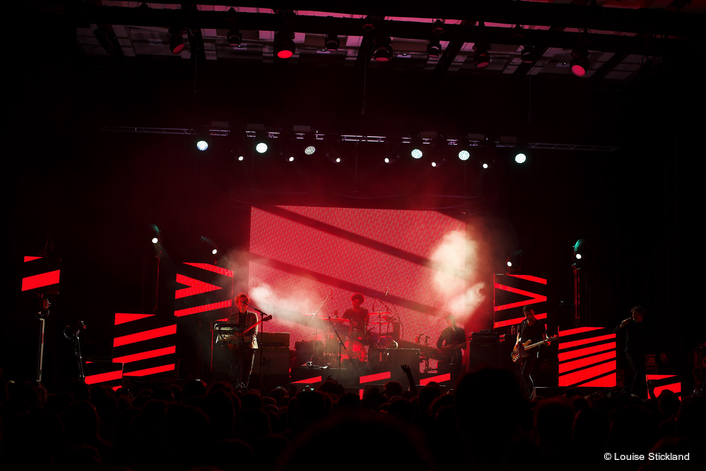 It's all based on the floor - for practical reasons - which means that whatever the venue and stage space available … they can guarantee a version of their show.

For moving lights he chose 10 x Robe LEDWash 600s, six CycFX 8s and  six MMX Spots - all from Robe's ROBIN series, together with eight SGM X5 Strobes ... these are the basic touring package.

Considerable crafting ensures there is a good balance – ‘convergence’ to use an old industry buzz word - between lighting and video.

The CycFXs are being used as side boom lights, also for dramatic sweeps of light across the performance space and blasting into the crowd, blinder-style.

Additionally, they are touring a 'house' overhead package for the UK section, to top up the back truss when the venue can't provide what's on their rider, which comprises six MMX Spots, six LEDWash 600s and six strobes.

Morandi and Colour Sound’s founder Haydn Cruickshank have known each other for many years, back in the heady and embryonic days of the UK dance scene around 2000 ... But this is the first time they have actually worked together as client and technical service provider! 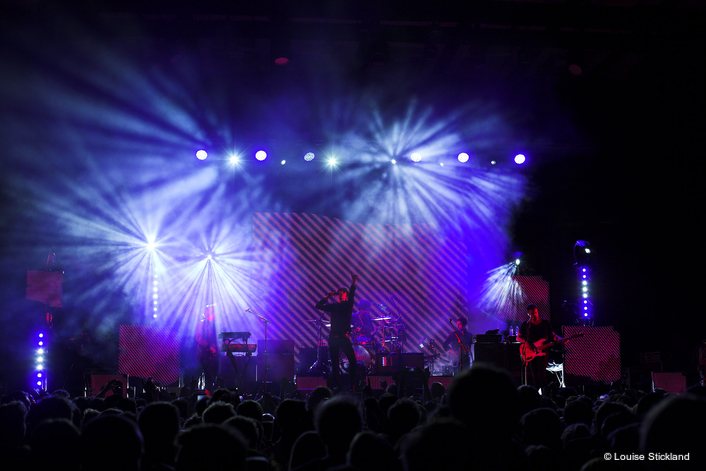 The rig was set up in full for three days of production rehearsals in Colour Sound's spare warehouse in west London - they have recently moved the main operation into a new space next door.

The video content was crafted specifically for the show by Jvan and video artist Tom Hadley, and the set starts with the virtual versions of the old TV sets appearing onscreen and goes from there, adding substance, depth and meaning as the lively, loud and energetic show develops. 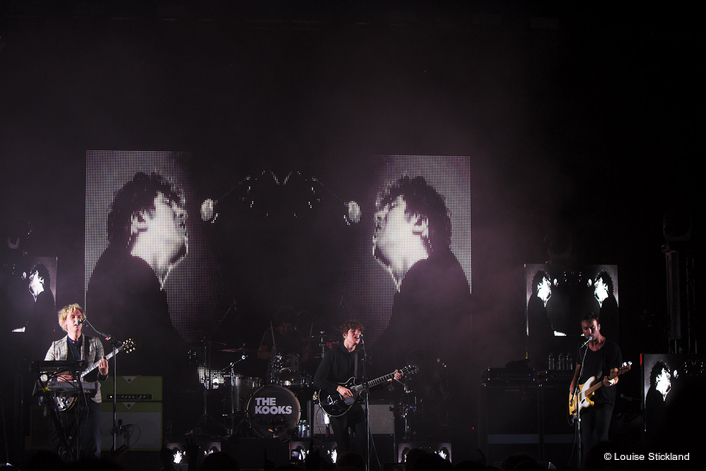 ‘alt-IMAG’ footage is added to the visuals from four Sony D100 SD Robo-cams dotted around the stage, controlled by Fergus Noble, all fed into the Catalyst and output to screen bringing another gritty, edgy aesthetic to the mix.

Regular Colour Sound freelancer, technician and crew chief Jon Rickets joins Jvan and Fergus for the tour which kicked off with a tumultuous homecoming second gig at Brighton Dome.