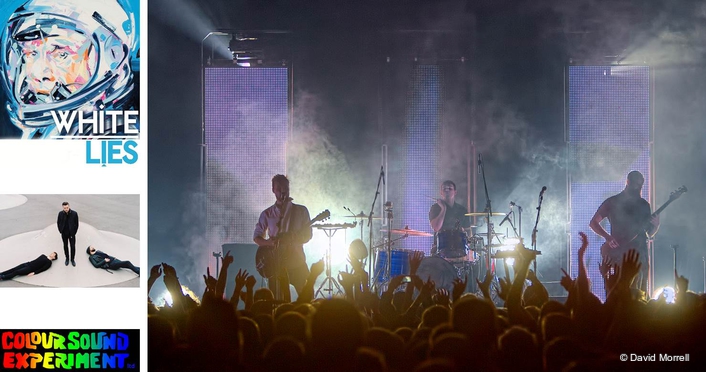 .
But not about the 32 new Robe CycFX 8 fixtures that they purchased off the stand at PLASA, 20 of which are out on the current White Lies ‘Big TV’ tour with Lighting & Visuals Designer Matt Waterfield.

Colour Sound is supplying all lighting and LED screen for the tour where Waterfield is working closely with Laser Designer and Camera Mixer Matt Buttons to produce a spectacular visuality for the tour which has helped win them sand the band plenty of rave reviews! 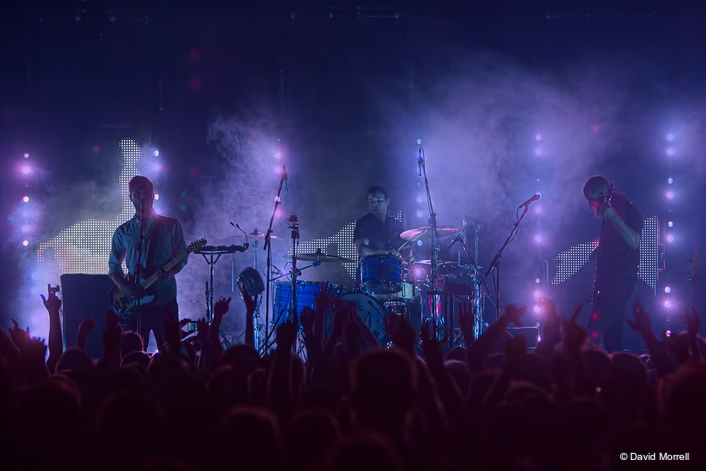 Waterfield wanted to introduce some architecture into the design and also have the flexibility of the rig being as floor based as possible, so he started with five upstage trussing towers, which Colour Sound designed and had specially fabricated by James Thomas Engineering.

These measure 1.2 by 1.2 metres wide / deep and are 3.6 metres high in full-height mode, but designed to break down into two sections at 1.2 and 2.4 metres high respectively … giving A and b options and huge adaptability to fit into almost any venue.

They also pack two-wide on the truck and are on wheels for easy deployment. A 3 metre deep by 1 metre wide column of Colour Sound's BT18 LED screen panel is attached via Robe Media Spinners to each tower once in position, with the Spinners  rigged below a cross bar at the top. 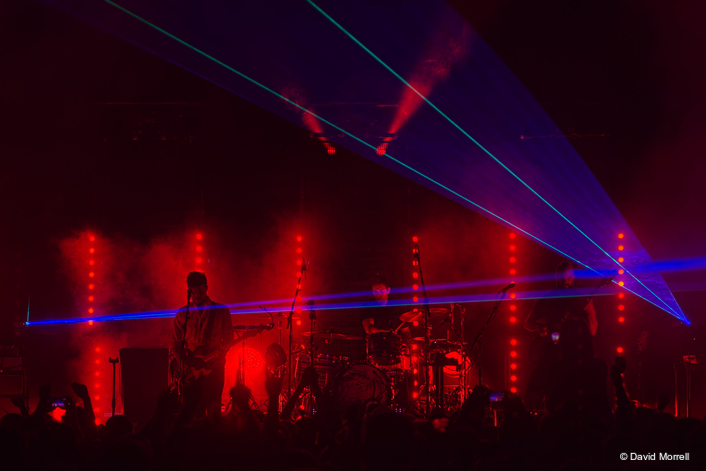 These are somewhat ingenious and very effective! They make it quick and efficient to get a large looking set of lighting and visuals into the performance space.

Attached to the front of each tower are four of the Robe CycFX 8s, three Showtec Sunstrips, one Atomic strobe and a Clay Paky Sharpy. There’s  a Robe MMX Spot in the base of three towers and on the top of the other two all of which combines to provide several different layers of lighting to contrast with the effect of the screens.

Positioned around the deck are four Robe LEDWash 1200 and six LEDWash 300 moving lights.

Waterfield loves utilizing new technology on his shows and was delighted to be the first to tour CycFX 8s in the UK and Europe, where he’s been able to create an array of  unique effects like great sweeps and sheets of light, movement and colour across the stage.

He comments that the zoom is excellent and the white LED making up the RGBW colour engine is great for producing ‘good’ whites.

White light in assorted variants features substantially in the show, together with reds and blues.

The LEDWash 1200s are used to fill the stage area with light and colour and provide an appropriate background for the lasers when they are on, while the LEDWash 300s are used for key light on the five band members, their compact size means they can be fitted in to all sorts of places. 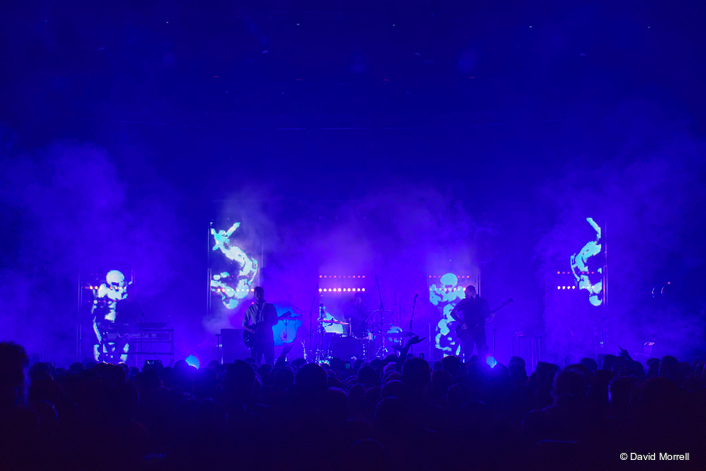 It's the first time he's used MMX Spots – anther product in which Colour Sound has invested heavily this year. He likes their intensity and the fact that they are small enough to fit into the tower bases.

He is running all the lights from a ChamSys Maxi wing and a touch screen PC which is also triggering a catalyst media server storing all the playback video content, which was made under his direction by Brendon Clark of insight Lighting, and is loosely based on a spacey theme and the retro 16 mm filmic look that the band wanted for the performance space.

Matt Buttons is using a ChamSys MQ60 to run the two 10 Watt lasers and he’s also mixing outputs from four Mini-cams onstage that are fed into the Catalyst and output to the screen by Waterfield. 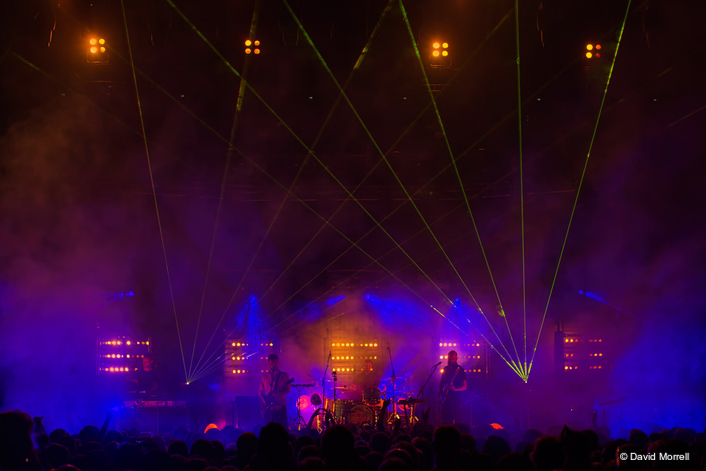 Waterfield enjoys working with Colour Sound and comments, "They are a great supplier. The gear is in good condition, the service and support is excellent and they have a real commitment to offering the best production values for all their clients. All this plus they are really nice people - what more can you ask for!"