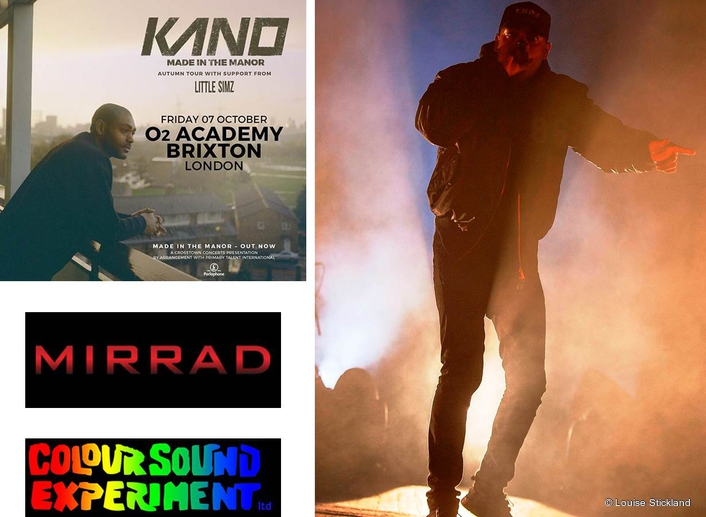 This high profile show came amidst a run of other gigs around the country playing a huge mix of venues on this latest leg of the artist’s “Made in the Manor” album campaign, for which they were using a trailer-sized specials lighting package. Brixton was effectively a one-off as well as the London showcase, and with no video, the pressure was all on lighting as the primary visual medium to produce something memorable and spectacular.

Says Colour Sound’s H (Haydn Cruickshank), “Francis has the ability to make everything look great, even if he’s only using 6 lights! He’s definitely ‘one-to-watch’ and we are very happy to be working with him”.

Kano was touring with a full band plus two mobile – and highly animated - brass musicians who came on and off stage for specific numbers … this is a more unusual set up for a rapper and brought an additional depth and texture to the musical experience for all in the venue.

The Brixton rig was based around 60 moving lights, with four V-shaped trusses flown above the band risers mirroring their shape and formation to add a bit of architecture to what was otherwise a minimalist presentation, with two Clay Paky Alpha Spot 1500s at FOH overlaid to project the Kano logo onto the black backdrop. 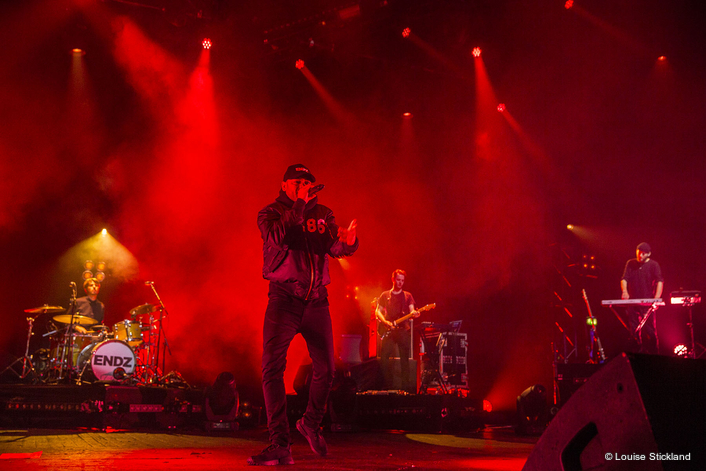 The overall feel of the lighting was raw and edgy to match the music, incisive lyrics and direct presentation, with touches of richness and the extra resonance of the band.

The core fixtures on rig were 28 x Robe MMX Spots – dotted all over the triangular trusses plus two straight trusses - front and back. 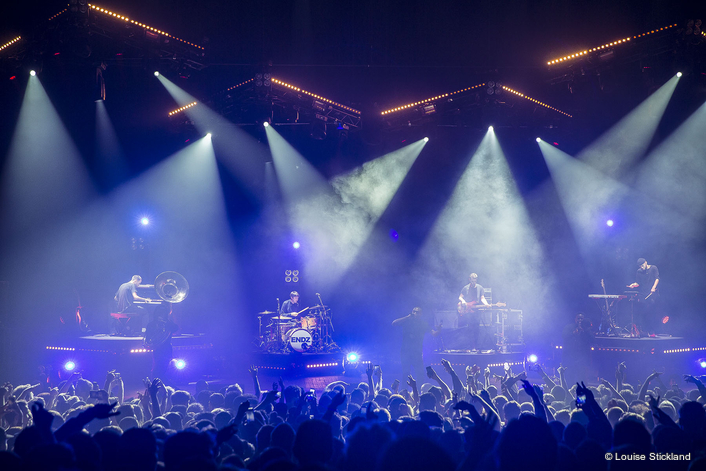 On the floor 12 x Chauvet Rogue R2 Washes were positioned behind and in front of the risers which created some high impact aerial effects and blasted the energy coming offstage into the audience!

The rest of the kit included a selection of tungsten sources – 48 x Sunstrips outlining the triangles in the air and the risers on the stage below – 20 x 4-lite blinders, some in the air and others on stands onstage to give some depth variation, together with some well positioned  ETC Source Four profiles for key-lighting the band. 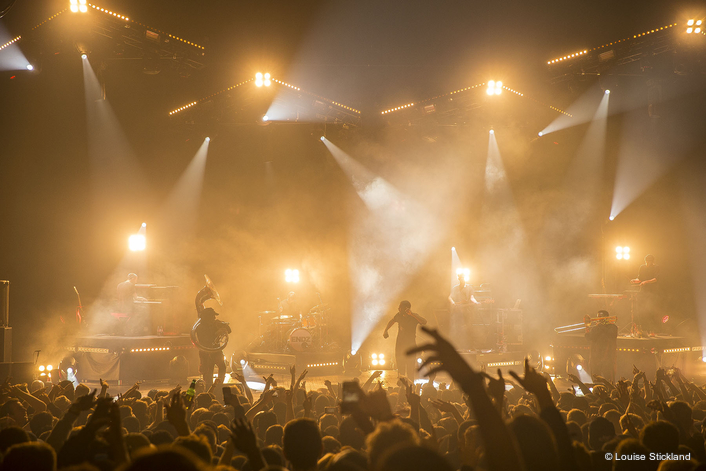 Ten Atomic strobes completed the lighting picture ... great for adding accents and punctuation, no self-respecting rap act should be without!

Kano attended some of the WYSIWYG programming sessions with Francis at MIRRAD’s studio ahead of the tour, and they discussed the lighting, atmosphere and vibe of the show at length. “He’s extremely approachable” says Francis, “A really great person to deal with as well as being very switched-on and having a good idea of what he wants to see … but also respecting my creative space and ideas”. 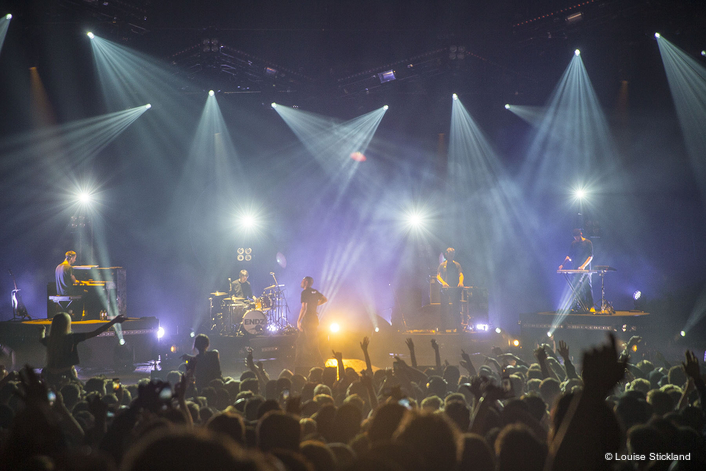 With the star having personally invested so much time and effort in this show, Francis had to deliver some extremely high expectations related to the visual picture.

For this tour it’s all been about highlighting the band and the vibrancy and excitement they bring to the show, as well as how they interact with Kano and provide a really solid basis for his own powerful performance. 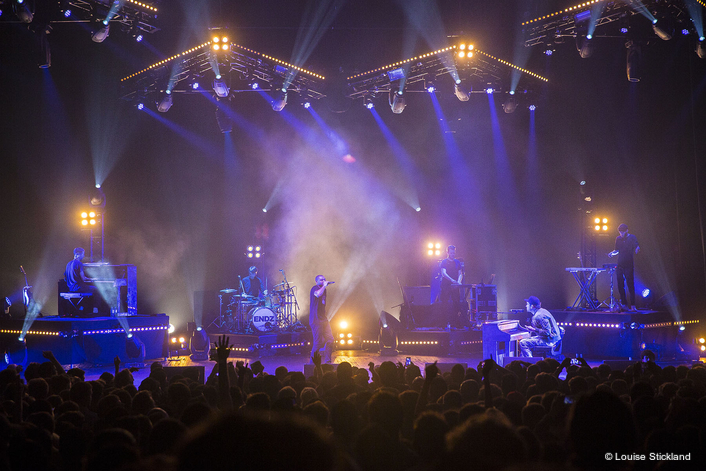 At Brixton, he was joined by one of Colour Sound’s A-Team crews - Alex McCoy, John Lahiffe and Sam Campbell … who were “fantastic” he says, adding “The service and support from Colour Sound is always outstanding and thorough, they are excellent to work with, nice people … and have a great selection of well-maintained kit”.

Francis has worked with west London based Colour Sound for around two years, ever since graduating from Imperial College where he studied for a Mechanical Engineering degree. He’s just won a 2016 Knight of Illumination for his stunning work with Public Service Broadcasting over the last year.