Colour Sound has the Human Factor

Iconic electronic and synthpop band Human League completed another much-anticipated and totally sold-out European and UK tour which culminated in a major homecoming at Sheffield Arena, proving that their music and string of foot-tapping hits from the 1980s and 1990s as well as their newer work continues to entertain fans - both original and new.

Colour Sound Experiment was delighted to be back working live with the band as lighting and video supplier for the  “Very British Synthesizer Group'” tour, working closely with show designer Rob Sinclair and lighting director on the road, Chris Steel. 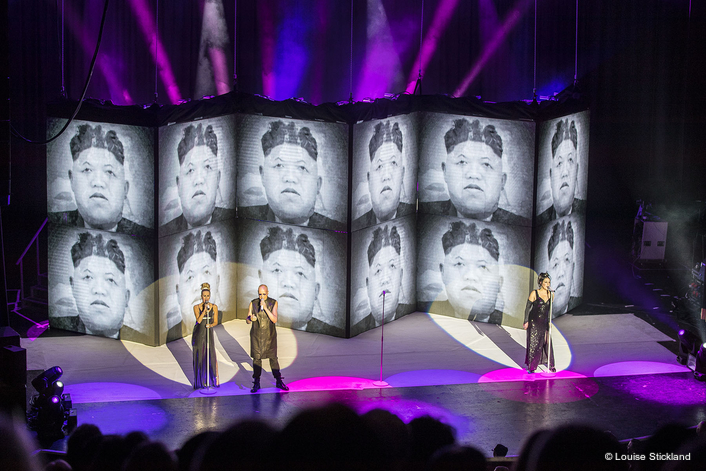 Human League tour regularly every two years and each time there is a fresh new look to the stage. The set for the 2016 one was again created and evolved by Rob and band manager Simon Watson, and has been hailed as one of the best looking to date.

Visuality is high on the agenda of all Human League shows and every tour they go for a fresh look which has be memorable and innovative as well as meeting the budget.

This one started with the concept of high risers explains Rob. He and Simon discussed and developed a few ideas before settling on three chevron shaped high risers which are clad with LED screen and mirrored by a similarly zig-zag shaped screen above. 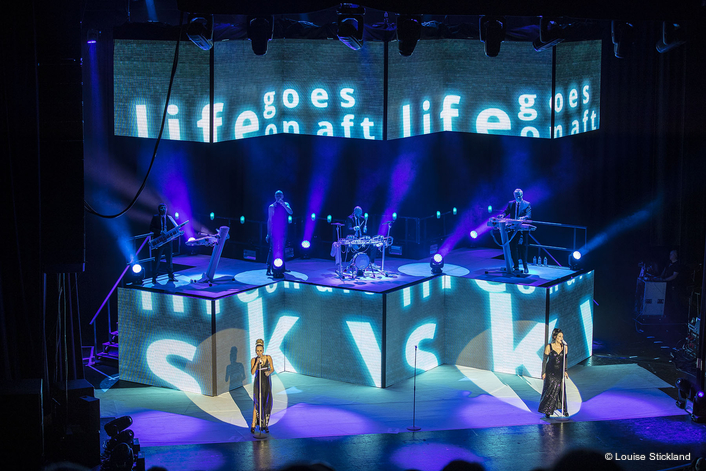 For some additional dynamics, the screen - Colour Sound’s proprietary BT-7 - starts as one complete piece at the top of the show and then splits in half horizontally after the first few numbers with the top section, flown on two trusses, lifting up to form a header ‘crowning’ the stage for the remainder of the set

“Once again Colour Sound has been great to work with in all respects” says Rob, “and sourcing both lighting and video from one vendor enabled the offering of a cost effective package that has hugely benefitted the show and the end results for all the fans”.

Video content was stored on a Catalyst media server owned by the band, while the production and commissioning of content from various artists was co-ordinated by George Sinclair.

Once the video elements were decided, Rob and Chris worked on the lighting plot together. Chris has been aboard the Human League creative team since 2011 and shares the same spirit, energy, seasoned professionalism and sense of fun that permeates their tours.

The lighting rig was based on four overhead trusses – including the mother-grid configuration supporting the video header - and the deck of the risers.

Chauvet Rogue R2 LED washes were the base wash lights, dotted all over the trusses and on the floor. 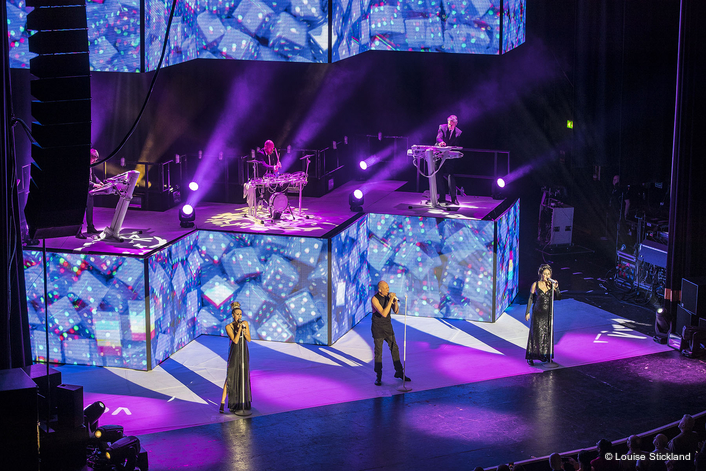 Robe BMFL Spots were the main hard-edged fixtures, with 18 in total, eight upstage at the back of the risers for dramatic blast-through effects with the rest on the front truss, primarily for key lighting and specials.

Four Rogue R2 Spots on the back truss boosted the lumen power to the rear and six Robe MMX Spots on the deck – their small size making them ideal for these positions – added a layer of low level cross light. 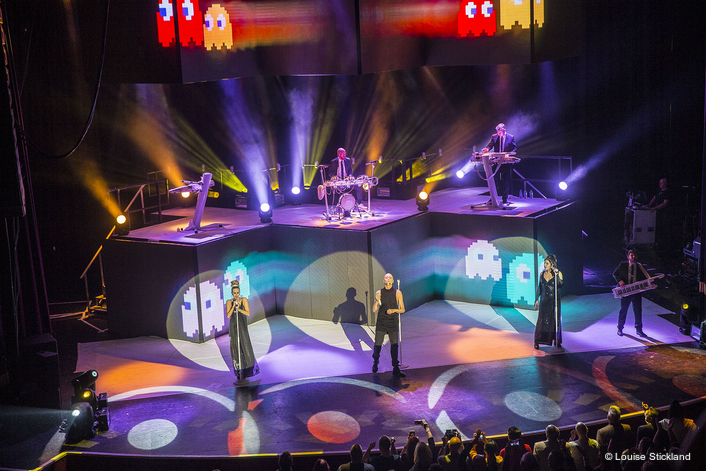 Also on the riser floor were eight Clay Paky Stormy strobes and all these combined to give Chris a dynamic and practical toolbox of fixtures to work into the show, together with – naturally -  three follow spots for Philip Oakey, Joanne Catherall and Susan Ann Sulley, who are The Human League.

Chris’s console of choice was a ChamSys MQ80 which he likes for its small size and flexibility for running this lively pop-tastic show. 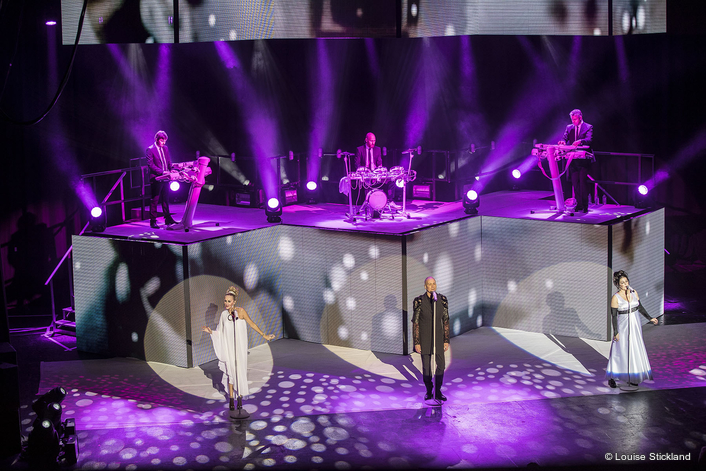 They had just one day of production rehearsal ahead of the first gig in Llandudno, Wales, before which Chris and Rob did some pre-visualisation to ensure they were ready to roll.

Joining them on the road from Colour Sound was a great crew chiefed by Sam Campbell and including Kester McLure, Toby Lovegrove and Dan Williams.

They visited a mix of clubs, theatres and concert halls varying in size and accommodating up to 1500 / 2000 people. 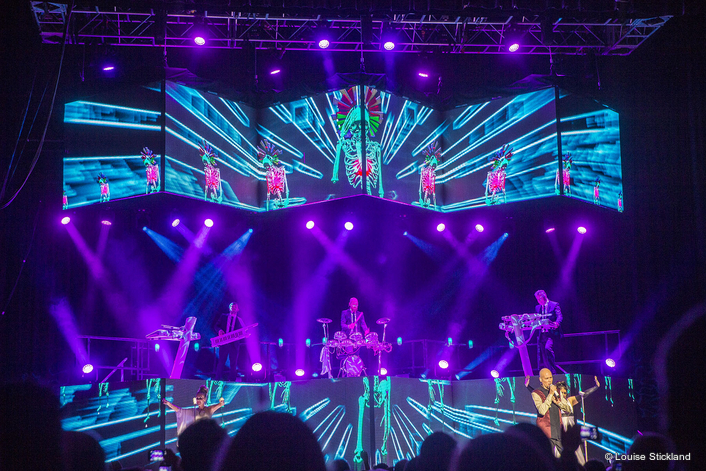 Says Colour Sound’s H, “It’s always a pleasure to work with Human League and see how Rob and Simon move the show forward and in new directions each tour. They are extremely resourceful and the combination of excellent production values, entertaining music and a great show continues to be a successful model for them”.