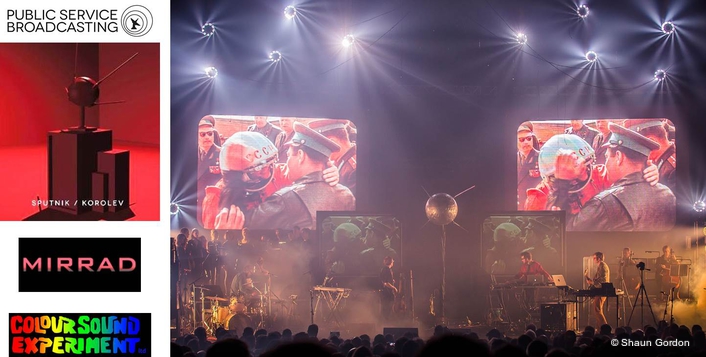 Public Service Broadcasting are one of the more interesting and inventive bands in the UK right now, and Colour Sound Experiment was delighted to supply lighting and LED screen to a series of recent UK concerts supporting the release of their Sputnik/Korolev EP via lighting designer Francis Clegg.

Francis, part of creative visual design and programming collective MIRRAD, produced a lighting design for the short but popular and much anticipated UK tour which followed on from summer festival work. A completely new live show concept was evolved for this, with production based on the Brixton Academy gig … and adaptable to fit the other venues.

The band plays instrumental music, taking samples from classic public service information films, archival footage and propaganda material … to (in their worn words)”teach lessons of the past through music of the future” with a satirical and humorous edge! 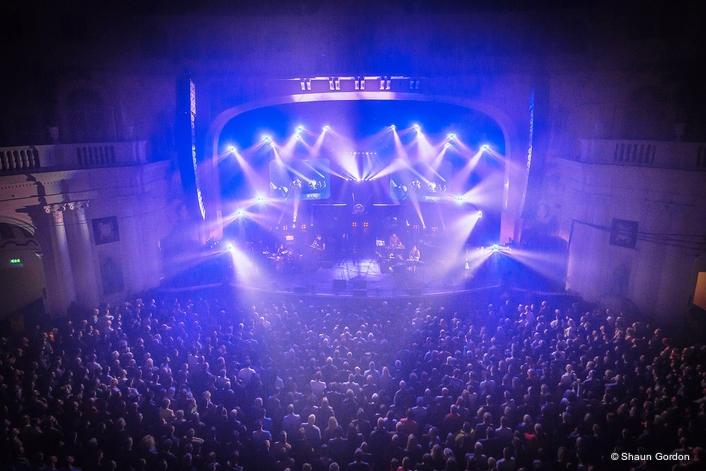 Visuals are fundamental to the performance, and with no chat between songs and no lyrics as such, this is the main communication between band and audience.

The band’s own media guru, Mr B, sits onstage running the various content and clips, effectively as a fourth PSB member. Brixton also featured a number of guest appearances including a choir, and the show was live internet streamed via the venue’s website.

Up until this tour, PSB had been using small projections screens that resembled old TV sets, but to fill the space and enlarge the idea for Brixton, Colour Sound was asked to supply two 5 metre wide LED screens made up from their proprietary 6mm BT product, mounted in custom wooded surrounds that rounded the edges. These stylishly integrated with the original screens and were revealed by a mid-stage kabuki drop at the top of the set.

Some other elements of retro techno-clutter, like old TV sets scattered around and a scenic ‘sputnik’ satellite which sat centre stage all helped make the environment look quirky and fun

The fact that it’s not a standard ‘look-at-me’ rock show also informed Francis’ approach to lighting – which is all about overall looks and side lighting.

The lights were hung on seven flown trusses, all angled differently and with an assortment of drop bars – Francis avoided anything linear to introduce more depth to the picture. 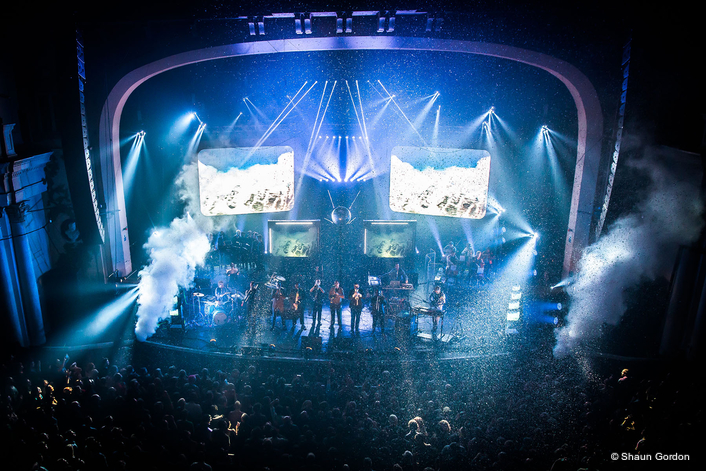 The rig included 18 x Clay Paky a.LEDA K20 LED wash fixtures fitted with B-Eye lenses, chosen for their versatility including the pixel effects which can be produced with the individual pixel control. They were joined by 18 x SGM XC-5 strobes - part of a recent purchase by Colour Sound – and eight Robe Pointes, also chosen for their multi-functionality.

Twenty-four ProLights DIAMOND7 small LED wash units were arranged in two fans above the Sputnik and on top of these were various generics and blinders arranged around the floor.

There was no front truss, but front side lighting included some ETC Source Fours on stands plus a few fresnels on the deck for foot-lights.

Francis controlled everything via an Avolites Sapphire Touch supplied by MIRRAD.

The aesthetic was dramatic yet understated … plenty of big, bold dramatic looks with solid colours to support the video footage. These were primarily static, there was not a massive amount of movement and chases, but when this did happen, the impact was massive. Lighting on the band members was moody and raw with silhouettes and lots of high contrast looks.

Francis was joined on the tour by a great crew from Colour Sound including crew chief Simon Robertson, technician Stu Barr and Dave Cattermole who tech’d the LED screens 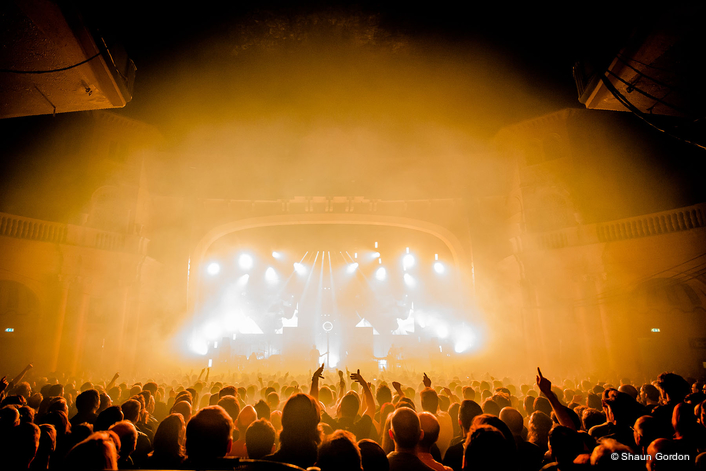 Francis has worked with Colour Sound on several previous projects and was very pleased to have them involved with this one, “The crew are great, the level of service is always, excellent, the gear is in good condition … and everyone is friendly and helpful” he concluded.

Colour Sound Experiments at Glastonbury 2015
What Do You Expect ? … Colour Sound on The Vaccines
Colour Sound Lights Arcadia ‘Metamorphosis’ in Bristol