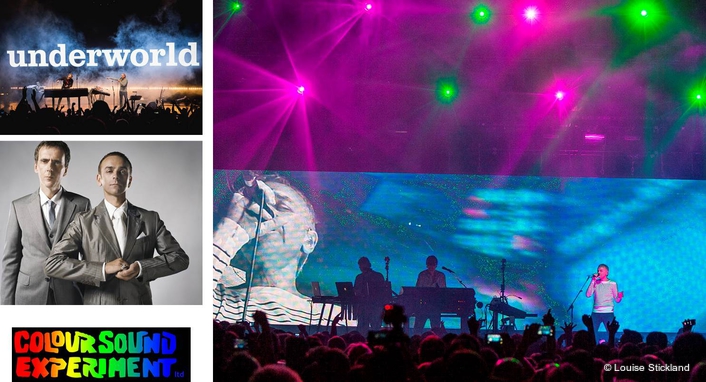 UK dance band Underworld delighted fans with a short UK and European tour to kick off the live campaign supporting their much anticipated new album - ‘Barbara Barbara We Face A Shining Future’. Lighting was designed by Haydn Cruickshank (H) from Colour Sound Experiment, with the company also supplying all lighting equipment and the LED screen.

H has worked with the band – whose music has stayed edgy despite their commercial success - for an impressive 23 years … he was first hired after an early tour with pioneering club and dance touring phenomenon, Megadog. Right from the start Underworld embraced multi-media visuals, a trend that’s continued throughout their live performance career. 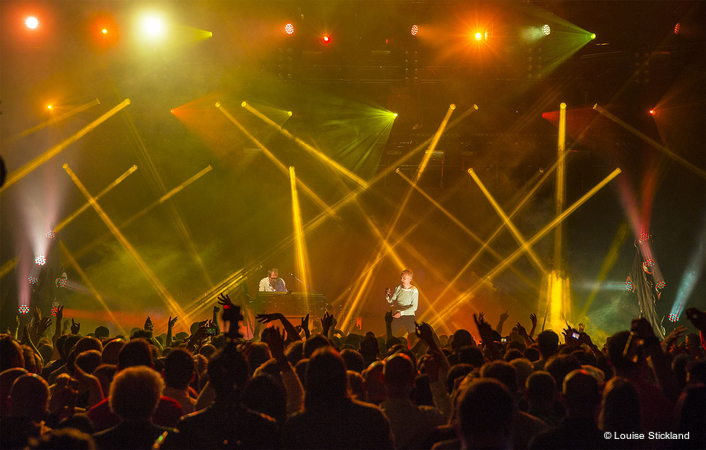 Creatively, lighting the show has been an evolution over that timespan explains H, with some underlying elements remaining basically the same while others have morphed and developed along with the sounds and moods of the music, all delivered with that distinctive Underworld raw groove.

“It doesn’t so much matter where the lights are positioned on the rig – it’s more about the timing and being in tune with what the band are playing,” says H, whose rig was based on four straight trusses over the stage, and an upstage 12 metre wide by 2.9 metre high LED screen made from Colour Sound’s proprietary BT6 screen, which was a big part of the look.

The video playback content is created by Simon Taylor from art collective Tomato and the live camera elements are directed by Toby Vogel. As you might expect, the video aesthetic is off-beat, so H took this as a starting point when lighting the tour. 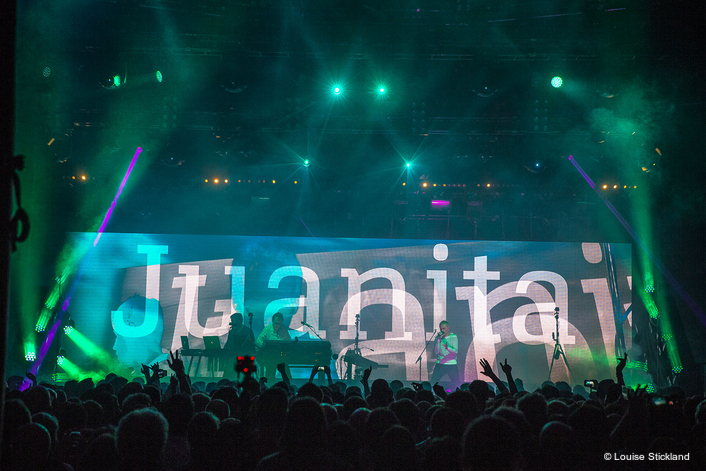 He also has the video intensity control running through his ChamSys MQ300 console, allowing this aspect of both mediums to be more harmonious and when video is running, the style of the lighting changes, all the time following the rhythm of the music.

At the core of the lighting rig are 18 x Clay Paky Alpha Spot 1500 HPEs and 24 Chauvet Rogue R2 Washes positioned overhead and on the floor, complimented with 8 x Beam 200 beam lights and Chauvet Q-Wash 260s.

Added to these were Atomic strobes scattered around on the trusses and floor; Sunstrips on the floor framing the side of the video screen and Moles on the first and third trusses for accenting and blinding moments. 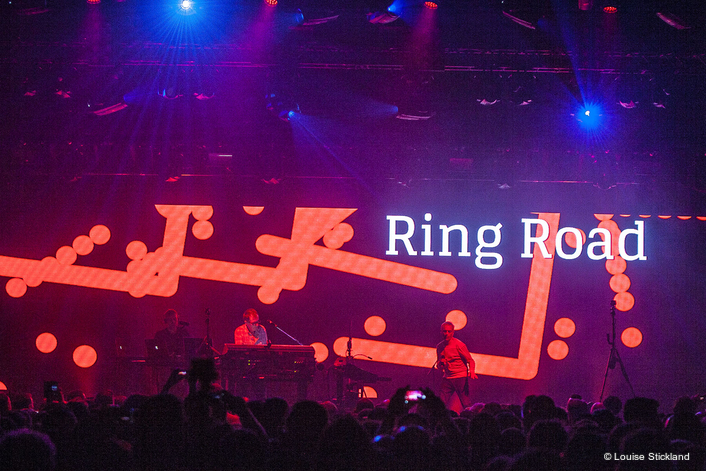 H does not stick to a standard cue list when lighting an Underworld show, although he has a selection of specific effects and looks that happen at certain times, but stylistically his operation is a lot freer in approach. With the band performing plenty of their new material, around half of this show is lit ‘live’ each night. “It’s a process that certainly keeps me thinking on my feet for the whole set,” he comments.

A unique Underworld lighting effect is a ‘follow PAR’ in the pit – manually operated by one of the truck drivers - and used for illuminating band member Karl when singing. H has colour mixing and intensity control at the console. Twenty-three years ago, the colour was changed manually via a stack of gels - sometimes a bit hit-and-miss – but RGB colour mixing LED technology makes this a lot more reliable … it also strobes … to great effect! 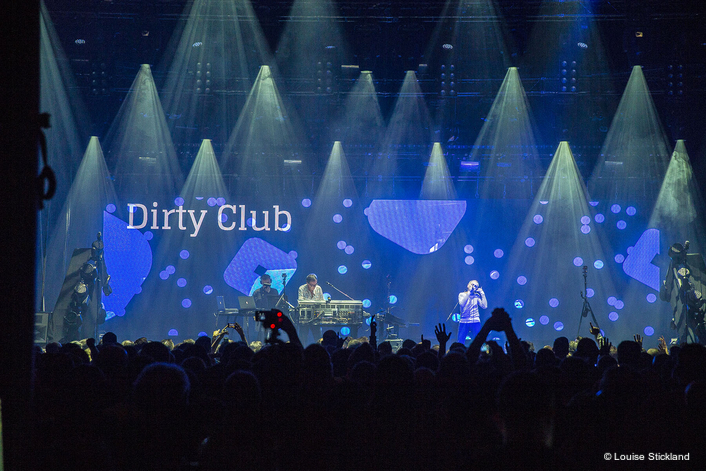 Colour Sound has recently invested in large quantities of Litec QL52 black trussing, some of which was used on this to facilitate the open looking design.

H continues his ‘day job’ as MD of Colour Sound whilst on tour, and is keen to stay hands-on as this brings special qualities and benefits to the company and its business. He enjoys working with Underworld immensely and sees it as a chance to stay right at the sharp end of the lighting desk … and sussing out what exactly the various technologies and products can do in situ.