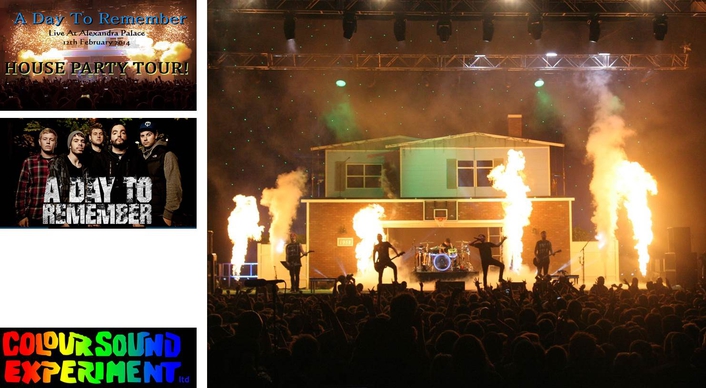 .
London UK based lighting and visuals rental specialist Colour Sound Experiment supplied lighting and projection to the recent UK tour by US rockers A Day To Remember, with a lighting design created by Steve Stemac.

It was the first time that Stemac had worked with Colour Sound who’s Project Manager Fletch comments, “We really enjoyed this tour. the design was refreshingly different and a lot of fun and Steve and his team were a joy to work with”.

The tour included the presentation of the band’s renowned ‘House Party’ show at London’s Alexandra Palace. 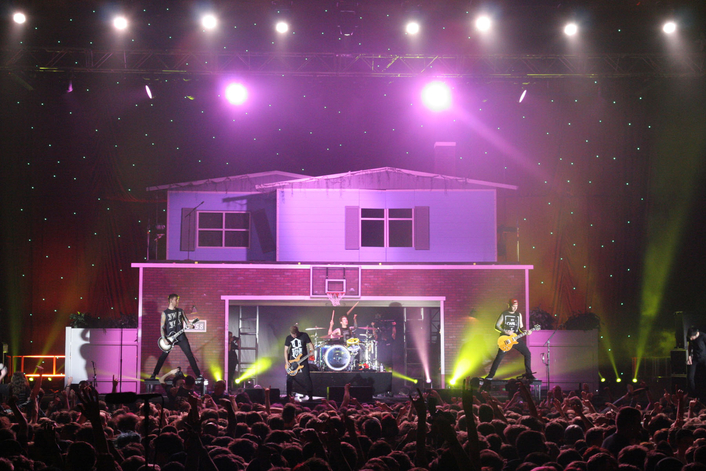 The focus of attention is a large scenic house onstage – a concept originated by the band’s lead singer Jeremy McKinnon and developed by him and Stemac in 2013. The show opens with a video intro onto a drape completely covering the stage, which is jettisoned by electric kabuki  to reveal the house, the band and a hugely energetic full-on rock-out set.

The house is 24ft high and so a mid-stage truss provides some of the key lighting positions for the show which also happen to be directly above the substantial amount of pyro utilized in the show.

Wary of the potential of shock from pyro to affect lights - making them go out, restrike or even catch fire – Stemac decided to go with Robe’s LEDWash 1200s which he’s used before and thought would be a robust choice! This plan has worked so far and so Colour Sound supplied 14 of them. “They give the fire-power I need, they are fast, have a good zoom and I can get a nice white out of them,” he comments.

They ensure plenty of in-the-face punctuation for the band’s hyperactive set, replete with staccato verses and choruses and dramatic break-downs. Also on the mid truss were eight Martin Atomic strobes. These were pointed vertically downwards to boost the effect on the house. “It is a case of less eye candy / punishment …and more focus on the set piece!” explains Stemac. 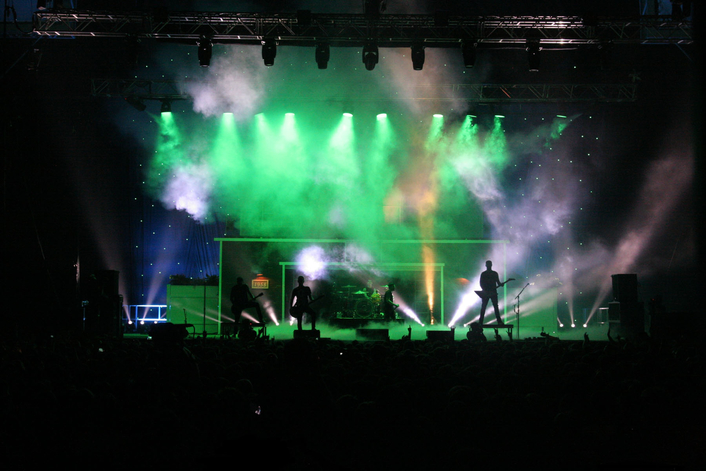 The downstage key lighting was all achieved using 12 x Vari*Lite VLXs - “Another great fixture”. Although he’d initially wanted to go with another arc lightsource, he found having all LED wash lighting creates a more seamless look and offers extremely fast colour matching.

The upstage backdrop was an LED star curtain which was up-lit with 12 x Chroma-Q Color Force 72s.

Last but not least, Stemac added in a layer of 20 x Clay Paky Sharpies for spot work. “These are ideal for A Day To Remember,”  he comments. In three or four songs he bounces the Sharpies around the venue adding the requisite “Visual punch”  and craziness that compliments the music perfectly. He also tries to disguise the ‘standard’ Sharpie look them for most of the set by using numerous frost and prism looks.

Colour Sound supplied a Hog 4 console for the tour which is his desk of choice right now.

Stemac describes the show creatively as “Somewhere between a punk band under a single PAR can … and a colour saturated surreality”. With the house being the centerpiece of the show, he has found himself lighting this almost as much as the band – and this was one of the challenges, together with pinning down the band who are never still for more than a nanosecond whilst  also locking the lighting into the flow of the music. 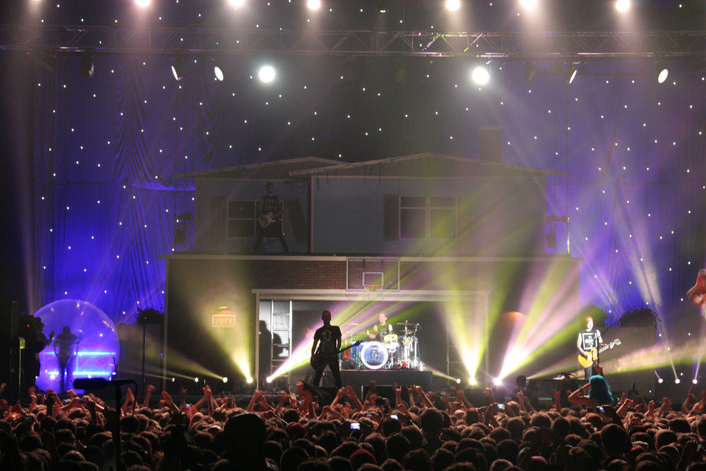 Ensuring that everything ran smoothly on the road were a Colour Sound A-Team crew of Chris Steel, Sam Campbell, Stu Barr and Fergus Noble.

It was the first time that Stemac has worked with Colour Sound and he says, “It has been fine. They had to prep everything very quickly and there is a lot of detail on this show, which they were really good at picking up and preempting … which was impressive”.

He will definitely be happy to use Colour Sound again next time he’s in Europe.