Clouseau Are Painted With Light 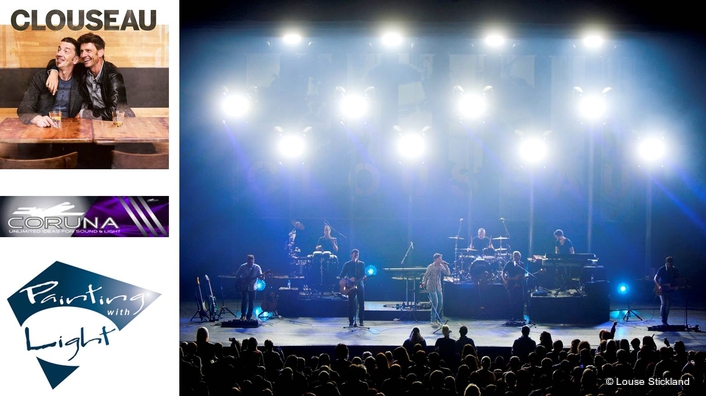 .
Maverick award-winning, chart-topping Belgian superstar rockers Clouseau are engaged in a 45 date tour of Belgium and the Netherlands until September reaching out to their enormous and eclectic fanbase.

The lighting and set is designed by Luc Peumans from Genk based creative practice Painting With Light, who was challenged to create a fully flexible rig that looks fabulous in a wide variety of venues, that is quick and easy to rig and de-rig … and will fit – together with the rest of the technical production – into one truck!

His ingenious design includes eight DMX controllable electric ribbon lifts, sourced in the US, which have been customised and fitted with lights!

Peumans - also well known for his TV and musical theatre lighting and visual design work - has worked with the band since 1996, so there is a great creative dialogue and understanding between them which allows him a free rein to come up with a great looking show for each live performance.

Adopting a less-is-more philosophy, the set for this one is extremely simple and effective. It comprises a large black and white print of an image from the new album artwork which has been divided into eight fabric columns flown at the back, with the eight letters of C-L-O-U-S-E-A-U spelt out along the bottom of the strips, plus a series of risers.

There is an emphasis on back and side lighting. No front truss ensures that sight lines are kept as clean and open as possible and also speeds up the in and out times as the vast majority of the lighting is ground supported. 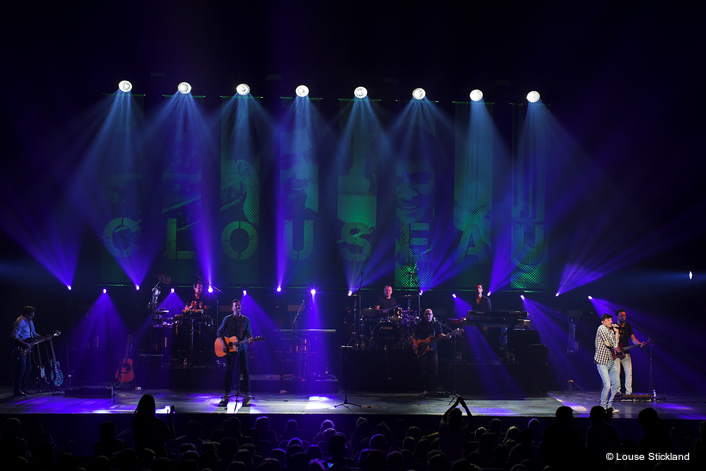 Immediately below this, across the back of the stage are the eight wheeled ribbon-lifts which have been specially modified. Each one is rigged with a frame on which is mounted four Robe ROBIN Pointe multi-purpose moving lights, one LED strobe and two PAR 36 DWE blinders.

The lifts can extend to a height of up to 6 metres, although on this show they are moved subtly so the audience will notice the lighting being in different positions but not so much the actual hardware moving.

For travelling, the lift masts are fixed in the down position, the pan / tilt of the Pointes locked, the wheels are un-braked and they are simply wheeled onto the truck – quick, straightforward and highly effective – and also ideal for festival set ups.

The Pointes are worked extremely hard during the show – giving rise to an optical illusion that there’s a much bigger lighting rig back there!

On the stage floor at the back are four more A.leda K20 B-eyes.

Up-lighting the banners from the bottom are eight small Britec RGBW fixtures which are perfect for streaking up the columns adding zest and impact.

For side lighting, Peumans has been restrained but with clever positioning. There are six GLP Impression Wash Ones on three individual pole stands each side, and in the downstage corner positions both sides are runs of Prolyte mini-truss with four more P36 DWEs inside. The height of these truss sections can be varied to suit the venue. 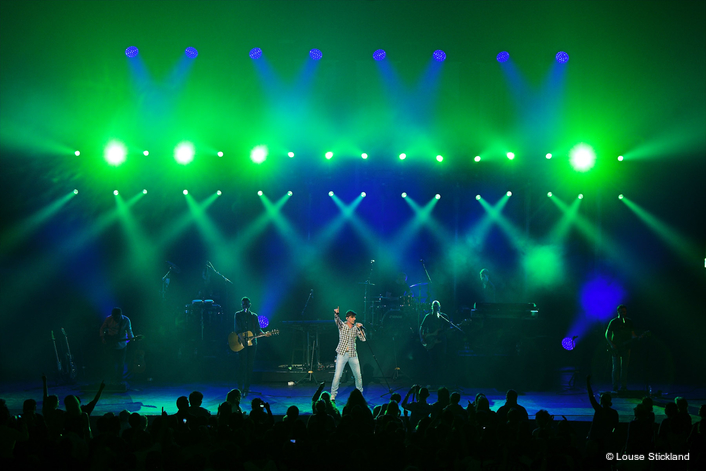 The show is run from a grandMA2 light programmed and operated by Dimi Theuwissen, who has been a partner with Peumans at Painting With Light since 2002.

The spirited two hour show by Clouseau, who recently won a coveted MIA (Music Industry Award) for Lifetime Achievement, is a tribute to the foresight and inventiveness of the design in that there are still new and fresh looks being produced right at the end.

“There have been many challenges but we are really pleased with the results and the consistency it provides for all the shows,” says Peumans. One advantage of having such a long history with an artist is knowing what they like and how they want to present themselves.

All the lighting and the d&b sound system is being supplied by Mechelen based rental company Coruna.

It’s the first time Peumans used the B-eyes on one of his shows, and in fact, these are the first ones in Belgium! “They are great specials,” he says. “They can do both tight and wide effects and the rotating lenses give me a load more unique and different options”. 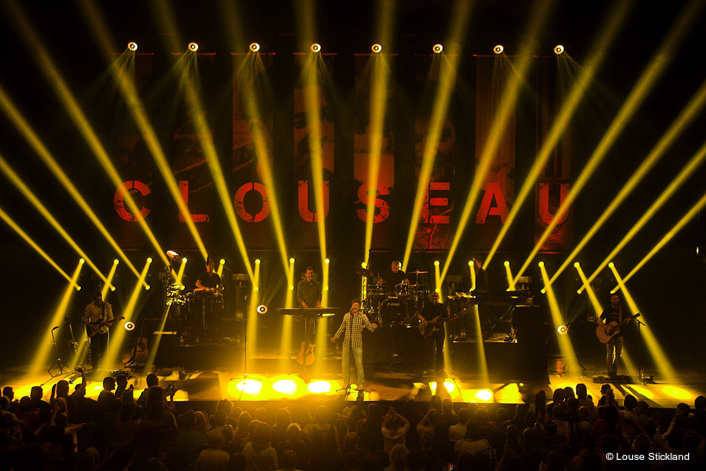 Of the Pointes – for which he manages to squeeze out a stunning range of different looks – he says, “These are great too. I like the brightness, the optics, the zoom and of course you have so much scope because they can be a spot, a beam or a wash! Fantastic!”

“And” he declares with great pride, “The entire lighting rig runs off one three phase 45 Amp power supply!”

The tour – the band’s first for three years - continues until September visiting concert halls, theatres and sports arenas as well as playing some festivals. Two massive gigs at Antwerp’s Sportpalais for 21,000 people a night are planned in December and January. 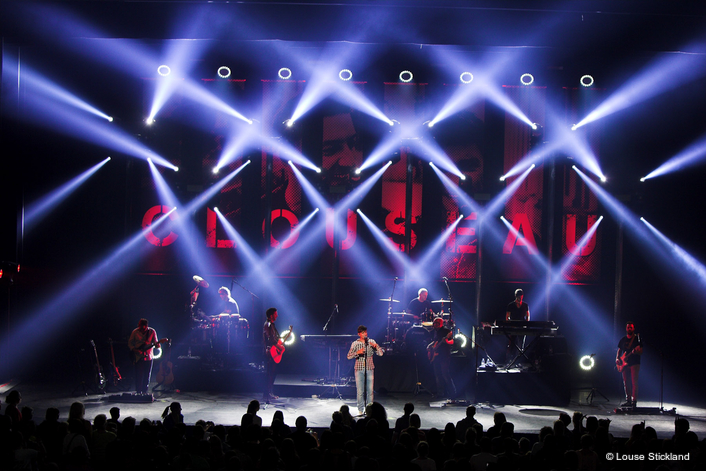