The Claypaky Scenius Spot is being championed for its superior output, colour and optical quality by lighting designer Dan Williams who is using the award-winning fixture as the main lighting workhorse on British rockers Skunk Anansie’s current European tour ‘Anarchytecture’.
Lighting supplier for the tour, Buckinghamshire-based lighting design and rental outfit Siyan, recommended Dan the spot fixtures to work alongside the production’s dominant LED video package, that includes both floor and flown LED screens.

“The main issue with working with such a strong video element is getting a fixture that is bright enough to stand out against the LED screens,” says Dan. “The Scenius Spot has absolutely no problem with this.”
The innovative spot fixture is capable of producing a 120,000lm luminous flux from its OSRAM 1400 discharge lamp; making it the perfect fixture to provide the bright front and key light for the Anarchytecture stage. “The Scenius Spot’s frontlight holds its own against the LED wall, ensuring the band looks sculpted when lit,” says Dan. 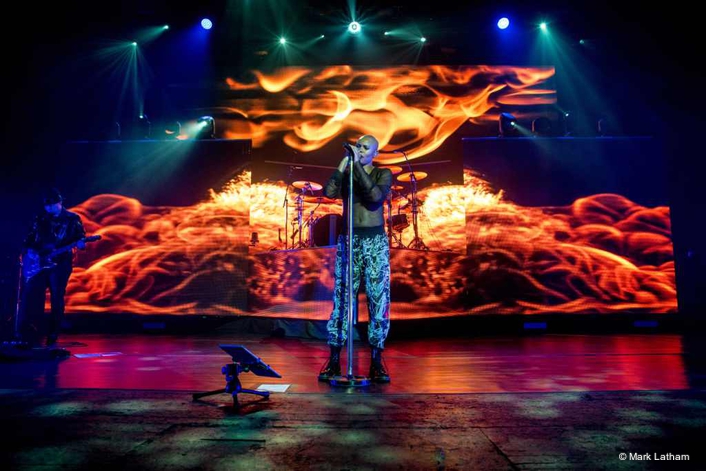 To create the show’s saturated colour pallets and punchy back and beam light Dan is utilising the fixtures advanced CMY and linear CTO colour systems.
“Even when the entire video wall is displaying full camera content, the Scenius Spot still provides great colour tone,” says Dan. “As well as their colour output optically the fixtures look great. They have a fantastic bright, sharp beam with an impressive zoom range (8°-48°). The gobos are strong and the light output remains punchy even when the fixture is zoomed completely out.” 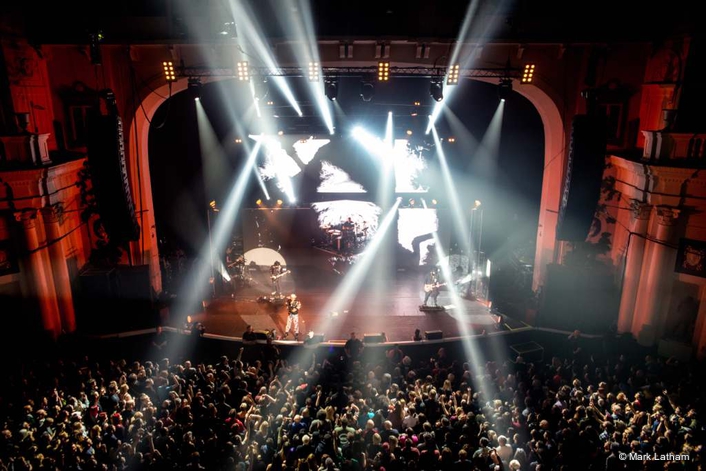 In addition to the Scenius Spots, Dan is using one strategically placed A.leda B-EYE K20, Claypaky’s pioneering LED wash, beam and effects fixture. The B-EYE K20 sits upstage centre behind lead singer Skin where it delivers majestic silhouetted air effects that complement the onstage LED screens’ evolving graphic display and the dramatic movements of the singer.
“Skunk Anansie’s tour and production manager, Stumpy, came up with the current production brief,” says Dan. “Anarchytecture’s look is centered around the full LED-screen on-stage backdrop that includes screens across the drum riser, giving the impression that the drum set is floating in the centre of the stage. A lot of care was taken to not make a big light show but to incorporate the album influences sensitively into the design.” 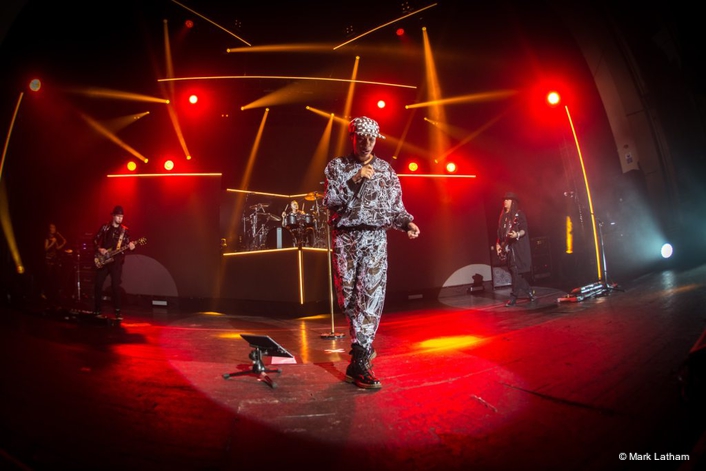 Due to the Scenius Spot’s performance on the Anarchytecture tour Dan, who has worked with bands such as The Vaccines, Rudimental and White Lies, feels confident in the fixture as a workhorse for future designs.
“Siyan definitely wins points for recommending Scenius Spot to me,” says Dan. “I wouldn’t hesitate to specify the fixture again.”
Skunk Anansie’s sixth studio album Anarchytecture was released on the 15th January 2016. The eponymous European tour comes to a close on the 27th May in a sold-out gig at the O2 Ritz, Bristol.