Claypaky rocks on Bullet for my Valentine's UK tour 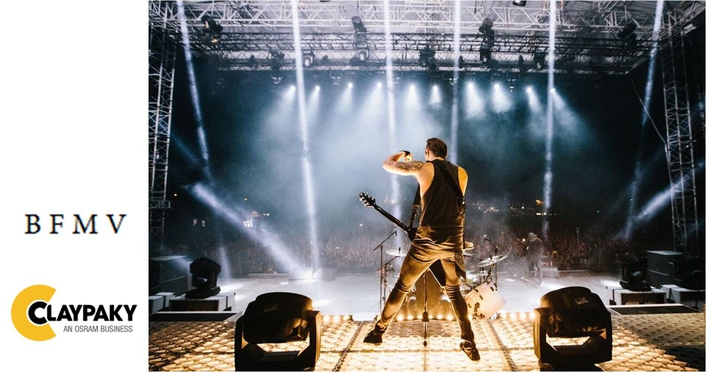 "I took over after the tour had completed its American leg," says Campbell. "We launched the new design in Germany in front of 6000 people at the Rock am Ring festival on a reduced rig, then expanded it in October when we went into the full production headline shows. The new production is a combination of classic rock n' roll stage design with a modern twist. Part of creating this concept is in the stage design itself where we have a collection of old guitar cabinets with PAR Cans wired in. To introduce a modern twist, I combined this classic technology with the moving head and LED fixtures from Claypaky." 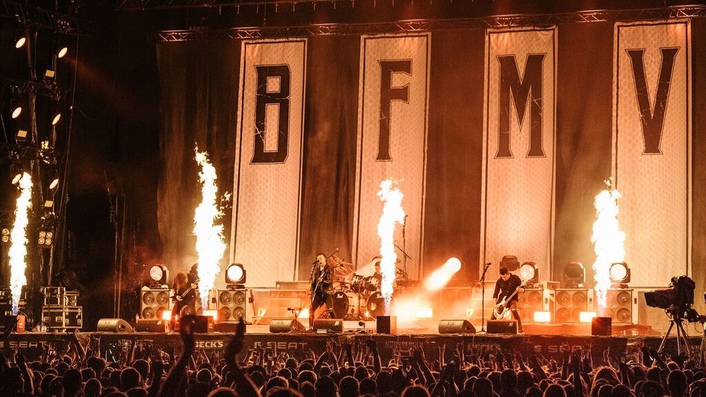 "I was drawn to the Claypaky B-EYE K20 due to the fixture's incredible CTO Tungsten," says Campbell. "You cannot tell the difference between the PAR Can light source we have on stage and the B-EYE K20's LED light source when in Tungsten Emulation mode. They really are the backbone of the rig."

As well as utilising the incredible CTO on the fixture Campbell made use of its honey-comb pixelated front lens to create stunning effects.

"The band's music is so dynamic that having a fixture as versatile as the B-EYE is great," says Campbell. "For the show I use make use of the fixtures rotating front lens to create vortex effects across the stage as well as using it in its beam and wash modes."

Creating a uniform background against which the B-EYE K20s and the PAR Cans are able to shine was the Claypaky Stormy CC, Claypaky's award-winning RGBW LED strobe. The fixture combines tradition and innovation with its classic looks and incredible output powered by 144 x 7W Oslon Osram LEDs, making it the perfect choice for Campbell's design.

"The Stormy CCs are the workhorses of the show," says Campbell. "I use them primarily in continuous mode to create the stage's washes. I'm a huge fan of the fixture's parabolic reflector; it has a classic look that really fits in with the mood of the overall production."

The parabolic reflector also ensures that the fixture does not push light directly forward like other LED strobes but disperses it evenly in a wide arc allowing the creation of dense and wide reaching washes.

Also part of the tour's rig was a 6 x Mythos floor package for BFMV's support act Killswitch Engage, designed by the band's lighting designer Vinny Shaw. The Mythos, along with the Sharpys, spent most of the show frosted to further Campbell's dynamic beam looks. 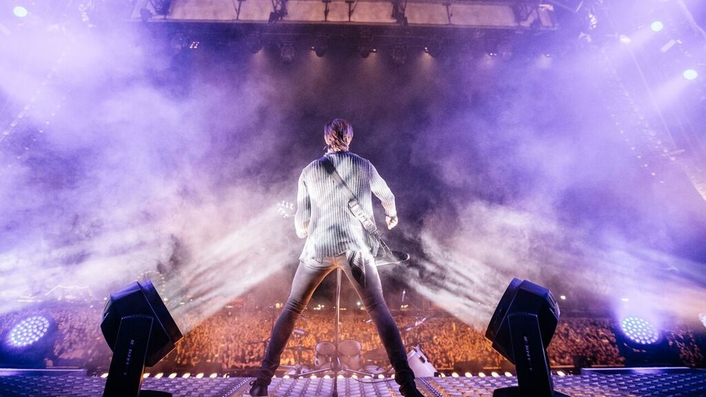 The lighting fixtures for the UK and European dates were supplied by London-based lighting consultants, Neg Earth.  Aspects of the set were also supplied by Production Park and LS-Live.

Bullet for my Valentine's UK tour concluded with two dates at Brixton's O2 Academy on the 9th and 10th of December.

Clay Paky
Bullet for my Valentine