Claypaky Packs a Punch for Davido at London's O2 Arena

Briefed with creating a production on the same scale as a Nicki Minaj or Drake concert, Hazelden took to WYSIWYG to plan a show for the artist, which included a catwalk and a flying stage. “I knew Davido wanted the production to be enormous,” Hazelden says. “As soon as I understood his vision, I began to draw out the rig to make it work for the different areas of stage.” 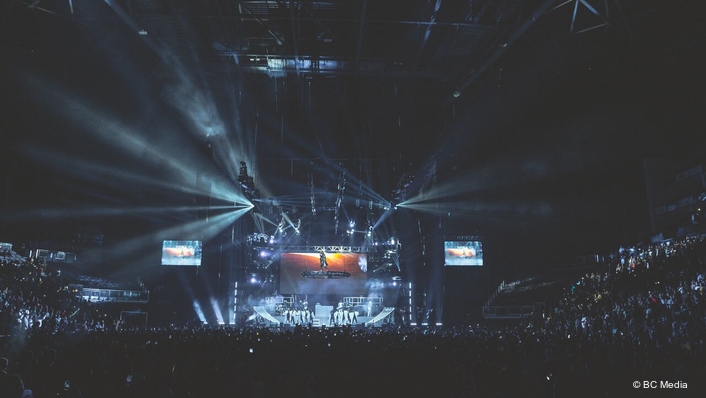 The set heavily featured video content displayed on a 10m x 4.8m video wall. “The Mythos were the main fixture over the stage,” explains Hazelden. “I needed a bright fixture that could punch through the video wall. I used Mythos’ gobos to create a number of different looks, and for each the light was still visible against the video running at 100%.” The Mythos is equipped with two gobo wheels as standard, including six beam reducers. 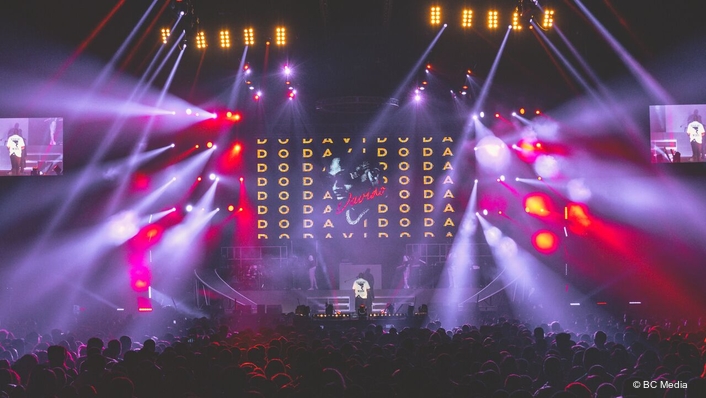 “The fixture is fantastic as both a beam fixture and as a spot,” says Hazelden who made the most of the Mythos’ 4-50˚ zoom range for various looks throughout the show. “The PAN/TILT capabilities are great, and it doesn’t struggle when I needed them to move at full speed.” 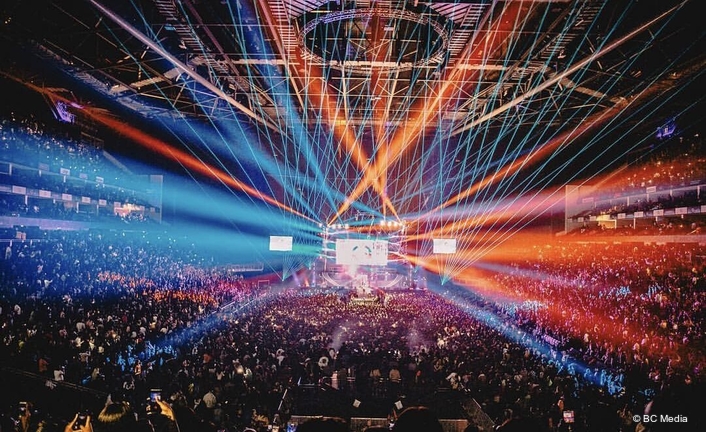 The 24 x A.leda B-EYE K10s were rigged on the truss at front of house and were used as crowd and effects lights during the supporting acts. Throughout Davido’s performance, they were employed as the main stage wash light. “The colours are accurate and it’s a very bright fixture given the small size of the unit.” 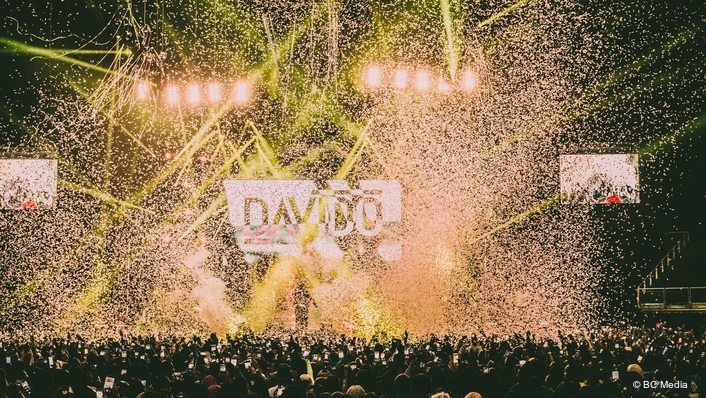 The versatility of the B-EYE K10 comes from its 4-60˚ electronic zoom range, as well as offering 19 individual zones of control to create spectacular aerial effects. “During Davido’s performance, the B-EYEs were zoomed out so that I could light the band and dancers across the whole stage.”

“I use Claypaky fixtures because they’re so reliable. We never have any problems sourcing large quantities of units either,” concludes Hazelden. 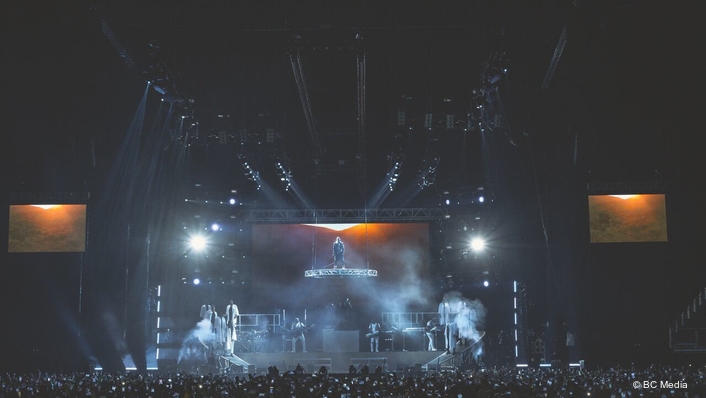 The Claypaky fixtures were supplied to Hazelden and his team by Ian Livie Concert & Corporate Lighting.