Claypaky is number one on Stormzy tour 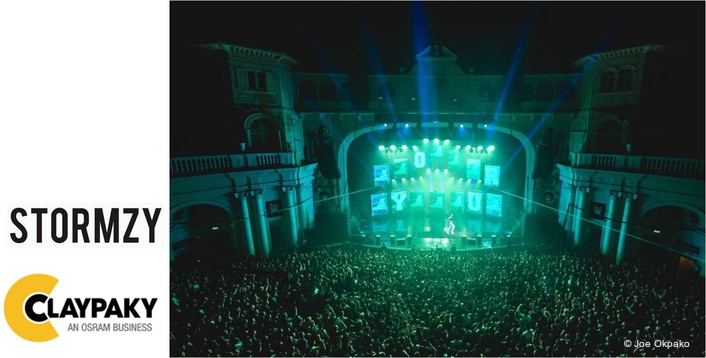 Claypaky Mythos2 on Stormzy's show at the O2 Academy, Brixton.

Bewley, who has worked with rap artists such as Dizzee Rascal and Tinie Tempah, was head-hunted by Stormzy after the rapper saw the designer's work for fellow artist Wretch 32.

"I worked closely with Stormzy's production managers Bronski and Trevor Williams to design two sets of shows for the debut album tour 'Gang Signs & Prayer,'" says Bewley. "One design was larger and for a series of three 'one-off' performances at the Brixton O2 Academy. The other design was what we used for the main bulk of the tour in smaller venues."

"For the one-off shows we placed the Mythos2 behind the screens and above head on a series of moving trusses," says Bewley. "The fixtures shone through the architecture on stage, creating big, stadium-like looks for crowds. We used the Mythos2 because we knew the fixtures were bright enough to punch through the light emitted from high-output video screens and had a zoom range that could create this stadium feel."

The Mythos2 relies on an advanced optical engine that allows the fixture to operate in Spot, Wash or Beam mode. In Spot mode, the fixture has an electronic zoom range of 4°-50°. If a wide beam is used in conjunction with the frost filter, it can be used as a wash light, while in Beam mode it produces a 2.5° fixed beam angle for a dense 'pipe' effect.

"As a hybrid light, the Mythos2 is the perfect solution," says Bewley. "It saved us having to hire twice as many fixtures, which, given the size of the venues that we are playing in, we wouldn't have managed to rig! We really utilized the fixture's optics: one moment we would have very tight beams, then we would snap into wide looks combined with an intense moment of colour from behind the onstage screens and from above." 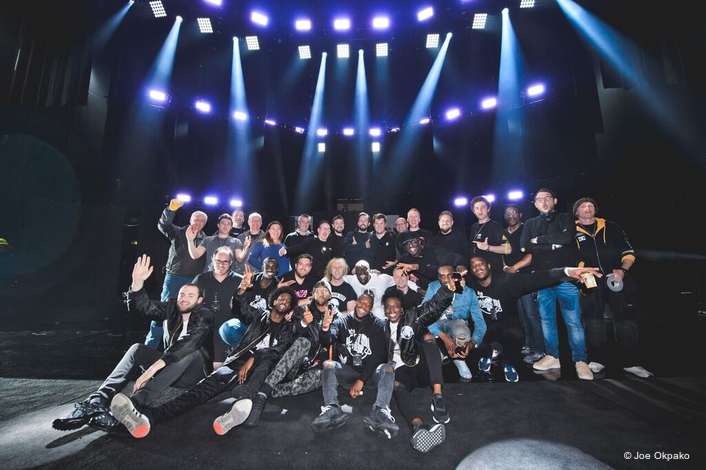 As a designer Bewley is known for his clever manipulation of colour to create memorable shows. The Mythos2's colour engine, with CMY colour mixing and 14 special colour filters across three separate wheels, allowed Bewley the freedom to experiment with his palettes. Colour became especially important for the tour's final show at Brixton's O2 Academy which was live streamed to audiences of tens of thousands across the globe via Stormzy's YouTube channel.

"There's a lot of edgy looking colour palettes in the Stormzy show," says Bewley. "A lot of red and blue in different or unexpected shades. I used pastel colours for the love songs such as pinks and lavenders, and combined this with a lot of gentle fade-ins and fade-outs. At the last show of the tour at Brixton O2 Academy, which was live-streamed, the Mythos2 highlighted everything on stage really nicely for the cameras." 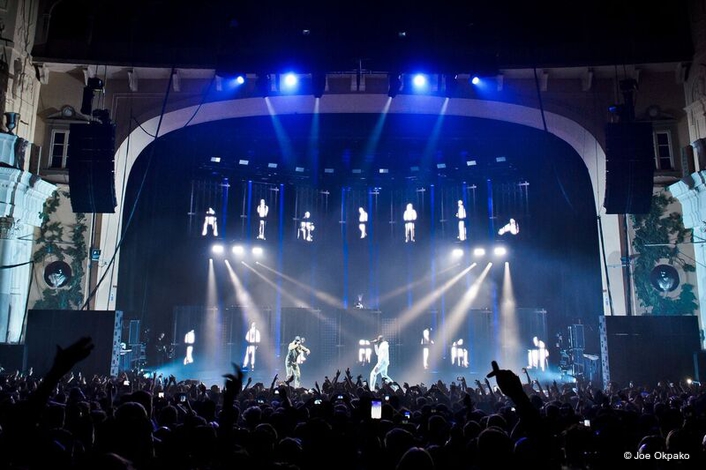 The UK leg of the tour came to an end in a three-day, sold-out stretch at the O2 Academy in Brixton on the 1, 2 and 3 May 2017, featuring performances from special guests including Ed Sheeran, Wretch 32, Chipmunk, Ghetts and J HUS.