Claypaky lights at West Side Story

The moving scenery designed by Cristiano Colombi dynamically creates the various different settings. All of them recall the Upper West Side of New York, where the story is set, and Claypaky's light beams shine out.

Federico Bellone was asked to direct the show: "To set the scene, I decided to focus on two elements: the theme of fear, a feeling shared by all the characters in the two rival groups, the Jets and the Puerto Rican Sharks, and red, the colour that has become a trademark of the musical, along with the five iron fire escape staircases which link the various levels of the scenery."

The work of the creative staff involved in producing the musical was focused on these pieces of scenery. Valerio Tiberi was asked to design the show lighting. 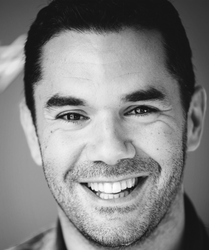 Did you achieve the lighting you were hoping for?

"I am happy with the overall set-up I gave the lighting design. I preferred to use incandescent lamps and especially side-lighting in the wings. I pointed the whole sequence of lights in various directions with various incident angles, from the ground up to 13 feet up, along the side towers, or vertical trusses. There are 8 in total: a sequence of two beam shapers, a B.Eye K10, 4 PAR lamps, another 2 beam shapers, an Alpha Profile 700, and lastly another B.Eye K10 on the top of the truss."

Is there any room in the wings at the Teatro Manzoni?

"Not a lot, but we placed upright trusses on the right and left of the stage without any problems, in compliance with the distances needed by the moving heads and for the entrances and exits of the actors, dance troupe and props.

Did you need compact lighting fixtures?

"I managed to install exactly the number of lights I had envisaged in my design. The body of an Alpha Profile 700 is incredibly compact (head length = 455 mm / 18 inches). It is about as big as a theatrical PAR lamp."

Valerio, what were you saying about your rig?

"Because I wanted to pursue my initial idea of communicating through side lighting, which is a useful tool for loading a scene with dramatic tension, like during the clashes between the two opposing gangs, I put very few lights in the overhead rig. Their colour, where they come from, and their angles - mostly on the proscenium and further down the stage - help recount the story through the direction of the light. I used lights that could fill the scene, like the B.Eye K10s: basically lights that could back-light at least three levels, the whole floor and the stage."

How did you deploy the B-Eye K10s in your lighting design?

"I arranged them symmetrically. Four on the first batten, four on the second, four on the third, and only two B.Eye K10s on the fourth batten. There are also other beam shapers on the overhead rig: a total of six, two on the first batten, two on the second and another two on the fourth. They work as special lighting units during Tony's first meeting with Maria, during the dance scene that follows, when all the couples are on stage, when they project windows inside the bridal shop, on the bed in Maria's room, and when they light the grocery store from the side."

There are lights with LED sources above the stage. The side-lighting instead consists of incandescent lamps: PAR lamps, beam shapers and Alpha Profile 700s. The lighting programmer used a GrandMa 2 light desk. Marco Moccia's Leader Sound provided both the sound and lighting systems, and - above all - Marco helped reproduce everything that was part of the original design."

Did the presence of the fire escape staircases and their movements on stage make the lighting design very difficult?

There are shadows everywhere. "Yes. So I decided to use them. At different times during the show, there are scenes with shadows projected onto the backdrop. In the last scene, one of the most emotionally difficult moments in the show, we decided to turn off the video projection, as it seemed too invasive, too beautiful and too well defined. At that moment, I was able to project the long shadow of the towers onto the black backcloth." 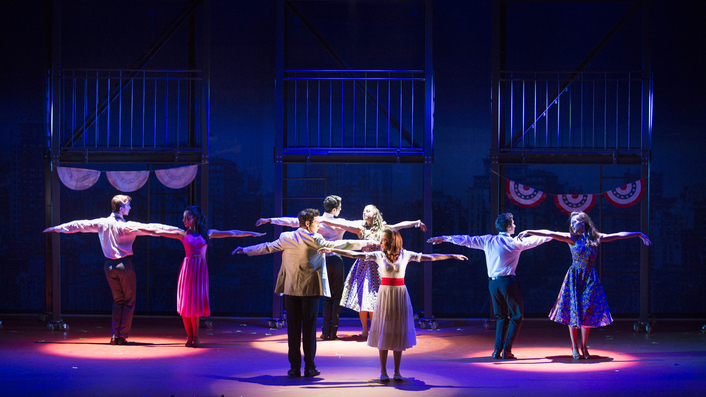