It’s been an eventful year for EVENTPRODUCTION Poland as the company took the International Festival of Language and Culture on the road to 17 different countries. Charged with handling technical production for all events, EVENTPRODUCTION’s lighting designers, Michał Mazurkiewicz and Piotr Pońsko, deployed a large number of Claypaky fixtures, chosen for their wide ranging creative options and reliability.

The festival is an annual event celebrating the diversity of cultural heritages across the world, giving young people a platform on which to showcase songs in their native language, accompanied by ethnic dancing. This year, 160 nations took part as the tour visited Thailand, Brazil, Morocco, Indonesia, Ethiopia, Australia, Senegal, South Africa, USA, Kazakhstan, Kirgizstan, Romania, Germany and Belgium. Around 12,000 people attended at the ISS Dome in Dusseldorf, one of the biggest shows in terms of audience and amount of lighting used, and when the show reached Australia, it was staged at the prestigious Sydney Opera House. 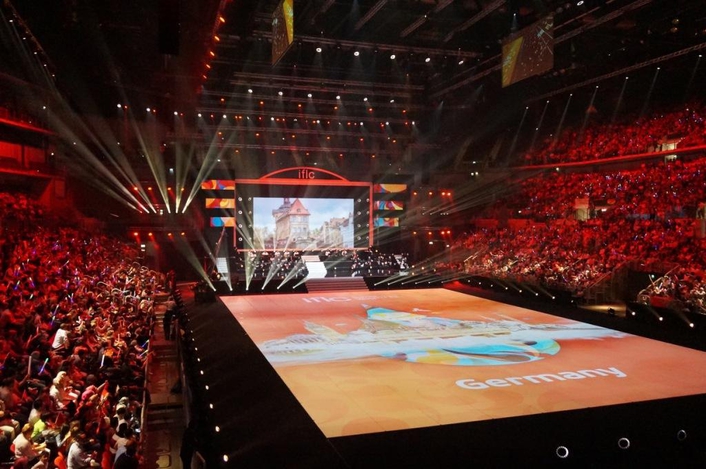 This was the third time EVENTPRODUCTION staff had worked at the ISS in Germany. “We know the venue and the local staff here well,” says the company’s technical production manager, Piotr Tomaszewski. “We also had the pleasure of presenting guest artist, Eurovision song contest winner Jamala, at this venue.”

For the German show, EVENTPRODUCTION hired its lights from Niclen, which also supplied the Belgium show. A total of 59 A.leda B-Eye K20 beam lights and 36 Mythos hybrids, as well as 58 Sharpy, 49 Sharpy Wash 330 and 38 Alpha Spot HPE 1500 lights, were used. “These fixtures gave us many option to create amazing effects and atmosphere on stage,” says Tomaszewski. “We needed to use not only wash lights but fixtures that could fill the stage with different shapes and effects, and this is where the A.leda B-EYE K 20s came in. For the concept of our show we also needed a super sharp beam that could also be used in wide beam mode, which is why we chose Mythos. It was a great choice to work alongside the legendary Claypaky Sharpy and Alpha Spot HPE 1500 lights.” 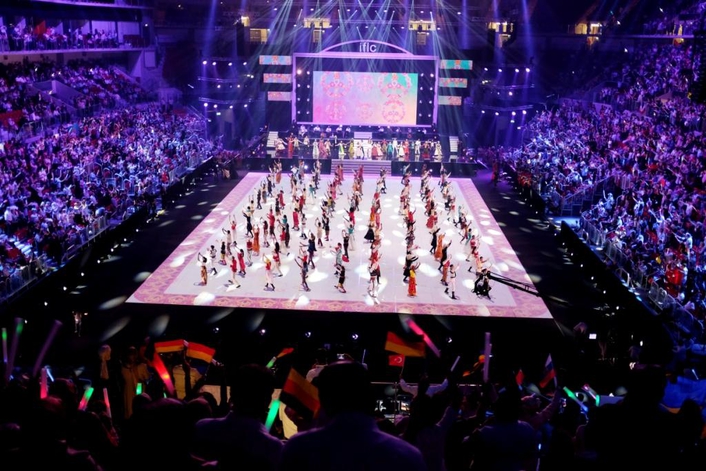 The Australian show was another high point of the festival tour. “The Sydney Opera House selects the artist who can play in the venue, so it was a big distinction that they accepted our production,” continues Tomaszewski. “We had a very tight schedule, with only 24 hours for the whole production including load in, setup, rehearsal, show and load out. We did some virtual preprogramming for the Sydney Opera House. Working to such short production times as this, we wanted to use lighting fixtures that could guarantee us stability, reliability and great effectiveness throughout the tour, so we choose Claypaky.” For Sydney, EVENTPRODUCTION needed a compact fixture with high power and beam quality, so the Sharpy Wash was chosen to light the back and sides of the stage, again complimented by the use of Mythos. 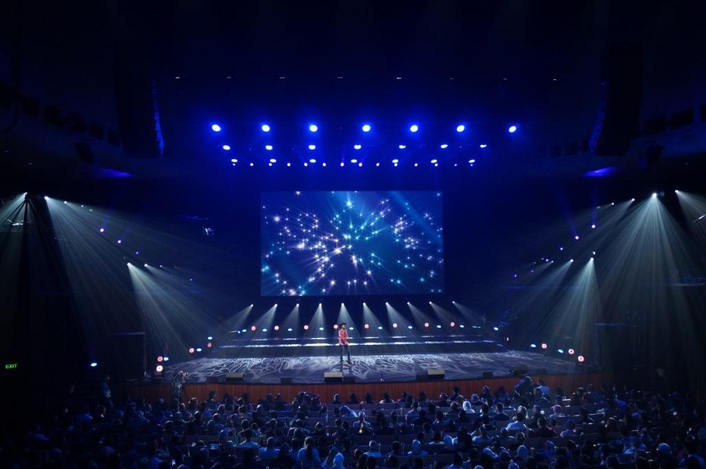 The biggest challenge facing EVENTPRODUCTION was to prepare and coordinate the production of 17 concerts within five months, all across the globe. “Sometimes we had two productions on at the same time,’ says Tomaszewski. “Claypaky provided us with the range of lighting and reliability we needed to meet this challenge.”