Claypaky hits the right notes for The X Factor Malta 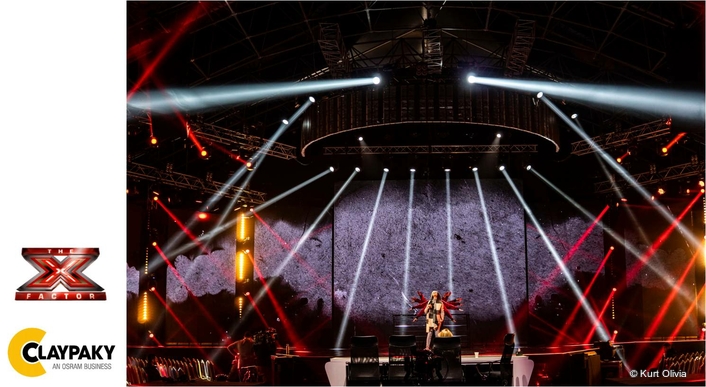 International singing competition The X Factor made its debut in Malta and quickly broke a longstanding record to become the most viewed programme on Television Malta.

Lighting for the series was entrusted to Nexos Lighting & Video who worked together with the rigging and technical team. Lighting designer Anton Borg Olivier joined the team to work on the live broadcast finals, helping to manage the increased TV lighting requirements and deliver that extra kick to the show. 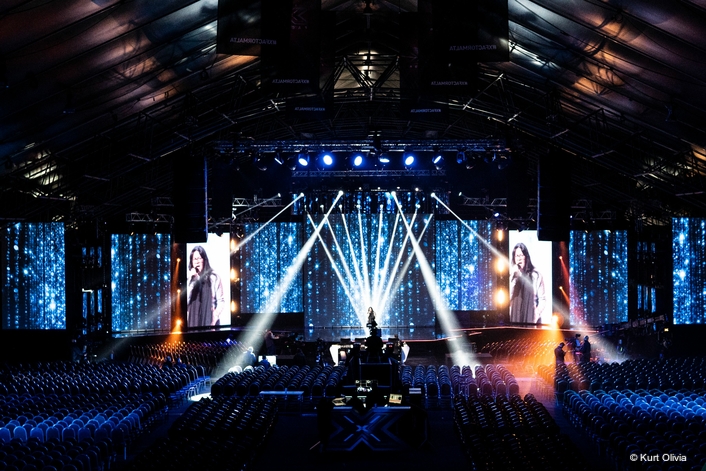 Nexos Lighting & Video supplied 22 x Claypaky Mythos 2, 14 x SuperSharpy, 18 x A.leda B-EYE K20 and 16 Claypaky Sharpy for the duration of the series, with an additional eight Alpha Wash included for the final show. “The Claypaky fixtures were the backbone of the lighting rig,” says Olivier. “Claypaky fixtures were chosen for their rich colours, power and reliability.”

It was imperative that the design team used fixtures with a high output and high CRI to stand out against the 40m x 8m video wall. “The Mythos 2 impressed us with the richness of the colours, power of the beam and the fixture’s flexibility,” says Olivier. “The versatile characteristics of the luminaire allowed me to change from colour to white lighting to suit the TV cameras easily during the show.”

The versatility of the fixture is underpinned by its 4-50˚ zoom range and a fixed ‘pipe’ effect of 2.5˚. “We used the Mythos 2 for spot moving heads with gobos, as well as effects beams with impressive aerial throws,” says Olivier. 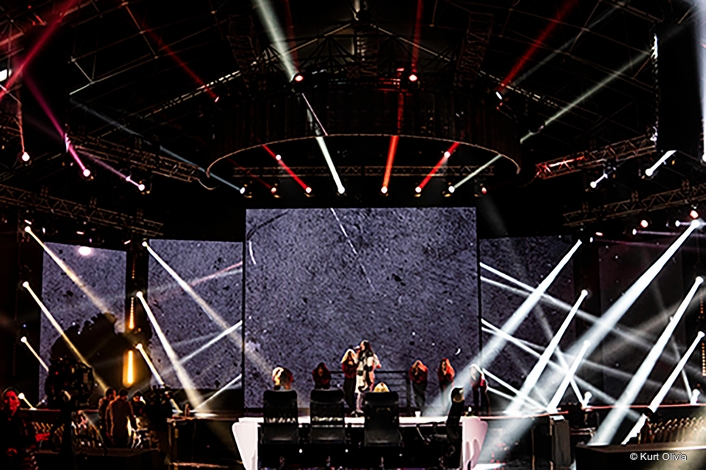 Rigged around the top video wall over the stage, the SuperSharpy fixtures created a variety of overhead beam looks. “The SuperSharpy’s wide but parallel beam is what really sets it apart. It provided us with extra punch for effects, with the added bonus of great colour mixing and movement abilities,” explains Olivier.

The SuperSharpy has a 0-4˚ adjustable beam angle, with a mechanical shutter and an adjustable speed strobe effect.

Olivier used the versatile 4-60˚ zoom range of the B-EYEs to create powerful and uniform washes across to precisely light the audience suitable for live television.

As winner of The X Factor Malta, Michela Pace secured a record deal with Sony Music Italy and will represent Malta at the Eurovision Song Contest 2019.