Clay Paky in the Who’s US Tour 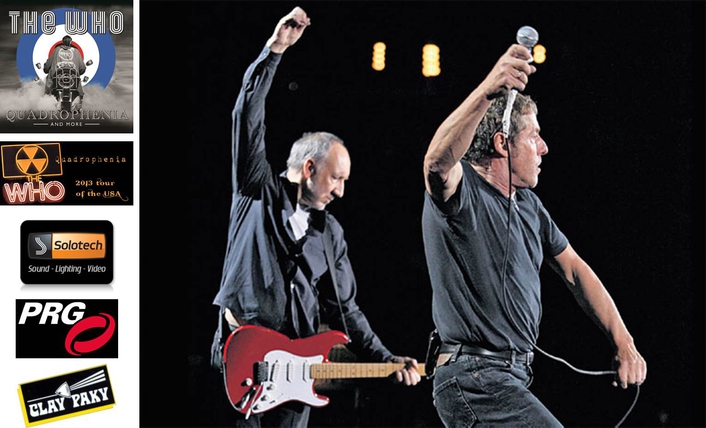 Kenny, who has lit tours, events and TV shows for over 30 years worldwide, has designed tours for the likes of David Byrne, Santana, Juanes, Eric Clapton, Robert Plant and Jimmy Page, David Bowie and of course The Who amongst many others. He says he used the Sharpys’ unique effects to “sculpt the stage show and add drama, dimension and high impact architecture to the multi media set.” 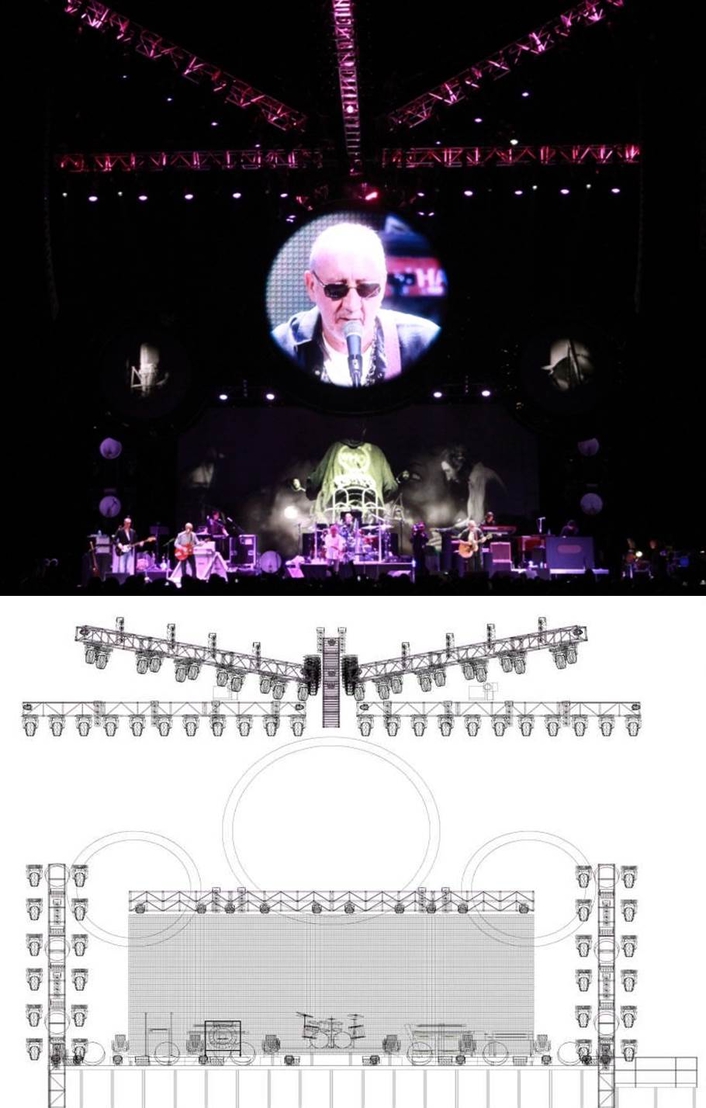 Kenny says: “I love the Sharpys for their small size and speedy functionality. On the Who they gave a striking sharp beam and were especially effective when we’re using no haze or smoke -they really cut through the extensive video system we have. I use many other products in TV and live events but the Sharpy has brought that sharp intense beam like the Par ACLs gave us in the 80s, back to the designer palette. Their sleek design and strong colours outshine any other product. Also with power and weight a universal issue on every show the Sharpys economic use of both really helps.” 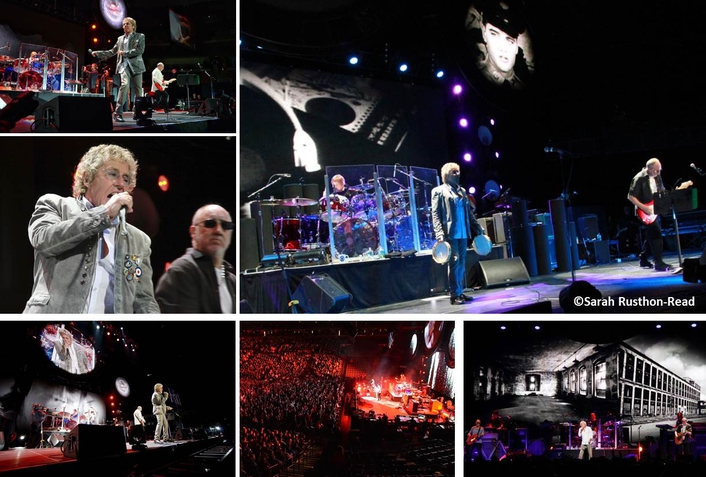 And Kenny has had a longstanding relationship with the Sharpy as he explains: “I was first introduced to the Clay Paky Sharpys in their first week of use in the UK by Gordon Torrington on the Teenage Cancer Trust shows. I was actually the first LD to use them on a TV broadcast in the US! I asked VER, my lighting vendor to purchase some. Then during the MTV VMAS in 2009 I was approached by several artists including Beyonce, Kanye West and Jay Z asking me ‘what are those gorgeous looking silver and gold lamps?’, I’ use them all the time and every artist I’ve worked with since has asked me about them. The rest, as they say, is history!” 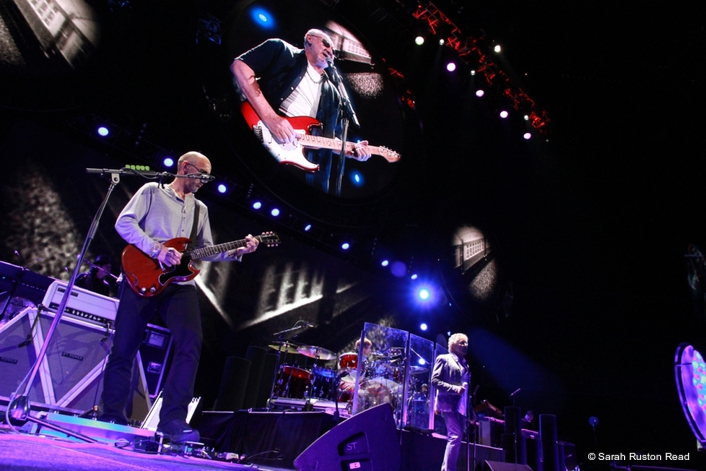 The Who
PRG
Solotech