.
Eros Ramazzotti is always on the crest of the wave and is taking his NOI Tour 2013 throughout the continent. After fourteen dates in Italy, the tour has come alive in the rest of Europe, where the shows are recording an excellent turnout even in this difficult economic period. This confirms continued interest in this musician, who has trod the boards of music venues for thirty years.

The set, video and lighting were designed and built entirely by lighting and video designer Jvan Morandi and his company Placing Shadow. "The set itself consists of large hanging parallelepipeds, which are fitted with high resolution LED panels and large areas for video projections," said Morandi. "The entire eighteen-tonne assembly is equipped with a vertical automation system attached to the corners of the 3D structures (four triangles, a diamond and a cube), which can be moved to give substance to the scene." 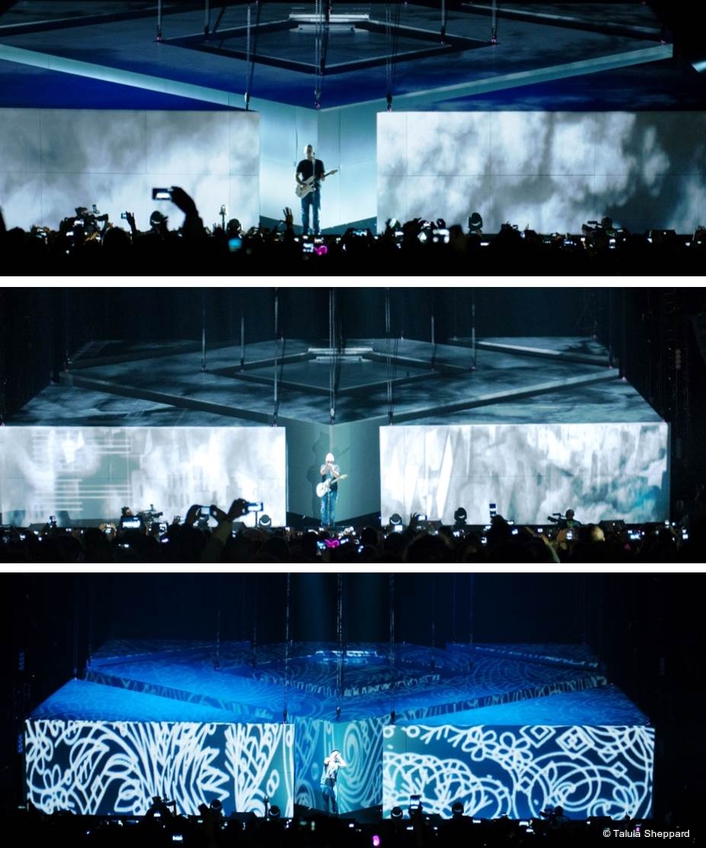 The lighting system was supplied by Agorà and consists mainly of Clay Paky lights, including 36 Alpha Profile 1500s, 12 Alpha Spot HPE 700s and 24 Sharpys. Morandi said: "I think Clay Paky 1500s are the best spotlights around from all points of view: for their optics, colour quality, effects and reliability.
The Alpha Profile 1500s are installed on four "finger" trusses jutting out from the stage and used both as front lights and for backlighting. Morandi said: "Thanks to the excellent framing system they have, you can direct light onto certain precise areas of the set".

About the Sharpys, he added: "They are incredible lights and of course I'm not the first person to have discovered them! I've mounted 24 on six vertical truss 'candles'. I use them for side lighting effects and often as washlights too; this is my favourite use as they fill the scene very well. Lastly I've used Alpha Spot HPE 700s as side key lights for the fixed lights on the musicians."

The whole set consists of modular components, designed to fit into each other seamlessly. The various parts are arranged in separate layers so that the crew can work together during load in/load out. For instance, the lights are already fitted onto 2.5-metre pre-rig trusses, and these are the only things moved at the end of the concert with all the cables and lights still fitted to them. This makes things much easier logistically, because it saves a lot of time: the stage can be fully rigged in just one day. 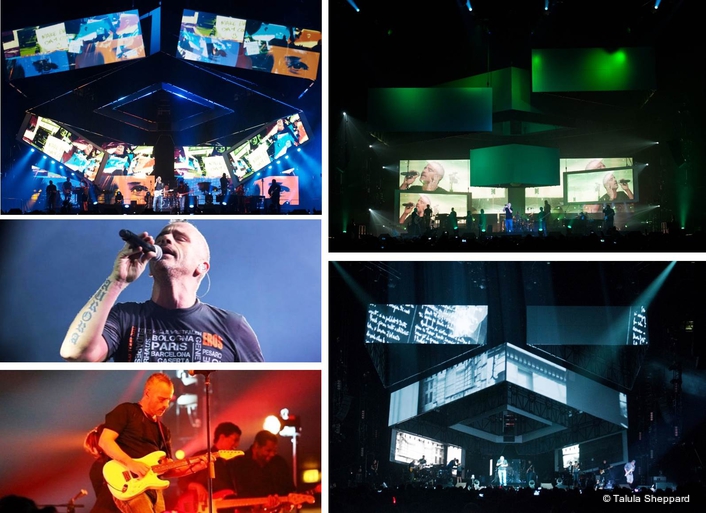 From a creative point of view, the set is inspired by the art of origami, updated to an original multimedia version. It is also influenced by the work of 1950/60s scenographer Josef Svoboda. Morandi explained that the show is a mixture of theatrical and rave party elements, with some hallucinogenic effects created by the interaction between the impressive video and lighting equipment, especially the Clay Paky Sharpys. "I originally started with an idea based on magic and transformation, but after talking to Eros, his Musical Director Luca Scarpa, the various video collaborators (Stylorouge and Novak Collective) and Live Nation's Roberto De Luca, a different, innovative, almost experimental show emerged: we decided to use only a few graphic effects and lots of films of everyday life specially shot on the street among ordinary people with and without professional actors. The aim was to get a final effect that was somewhere between neorealism and psychedelia."