Clay Paky Spend Thanksgiving with Lady Gaga and The Muppets 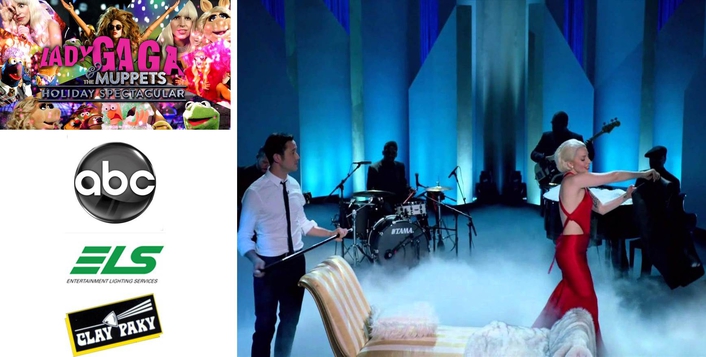 .
What’s Thanksgiving without The Muppets?  Or Lady Gaga?  Or all of them appearing together in ABC’s “Lady Gaga & The Muppets Holiday Spectacular” with guests Sir Elton John, Joseph Gordon-Levitt and Ru Paul.  It was definitely an occasion to roll out Clay Paky Sharpys and Sharpy Washes.

Lighting designer Tom Beck got a call for the show the Monday before the Friday load in as Lady Gaga was finishing her latest album and time was running short.

“I really wanted to use Sharpys and Sharpy Washes,” says Beck who grabbed 20 of the former and 23 of the latter from the inventory of ELS.  “It was the first time I had the chance to use the Washes, which I really love.  I wouldn’t mind trying a whole rig of just Sharpy units.”

The set designed by Tom Lenz featured “a lot of curves and arches – it was beautiful,” Beck reports.  “I put up an arched truss with half a 60-foot radius and lined it with alternating Sharpy Washes and beams, mostly for effects and as a backdrop to the whole set.   It looked really spectacular.  We also had some more Sharpy fixtures on the floor.  I was quite happy with all of them.  I love the beams and the Washes were terrific – a great little unit.”

Programmer Mark Butts had used the Sharpy Washes on several projects but this was his first for television.  “I was curious about how they were going to work, and they turned out to be really awesome.  The Washes get almost as narrow as the Sharpy beams but have color mixing and zoom so you can use them as a wash light.  They’re really fast and do all the stuff that Sharpy is known for.  We also had a fairly low trim in the TV studio, so the lights worked well in that situation – they were compact and bright, a real winner!” 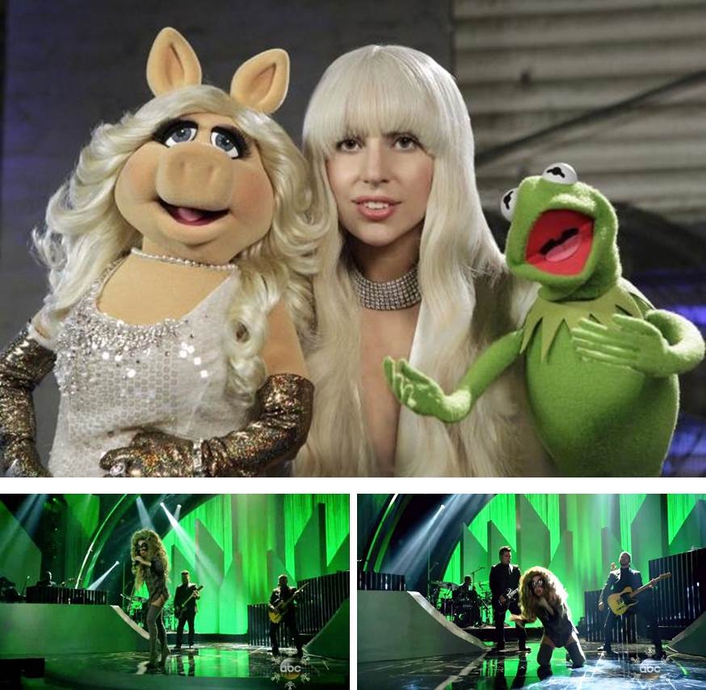 Butts notes that there’s nothing like spending holidays with The Muppets.  “I grew up with them, so it’s the coolest thing in the world to do something with them.  I spent the morning doing pick ups with Animal!  It was such a fun show to work on – a real special experience.”

Francesco Romagnoli, Clay Paky Area Manager for North and Latin America, commented, “There were three stars on television that night: Justin Timberlake, The Muppets and the Clay Paky Sharpys.  And of course Mr. Beck and Mr. Butts are all stars in the lighting arena.  We are proud to be part of this program with so many luminaries.”