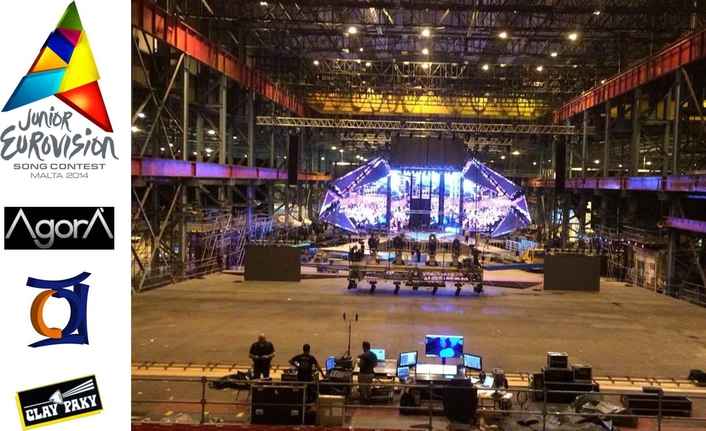 The Junior Eurovision Song Contest (JESC) is an international song competition organized in 2003 by the European Broadcasting Union (EBU). The competition has many similarities to the wildly popular Eurovision Song Contest from which its name is taken. Each participating broadcaster sends an act, the members of which are aged between 10 and 15 years old. They must perform an original song to compete against the other entries. Viewers from the participating countries are invited to vote for their favorite performances by televoting and there is also a jury from each participating country. The performance with the most points is declared the winner. 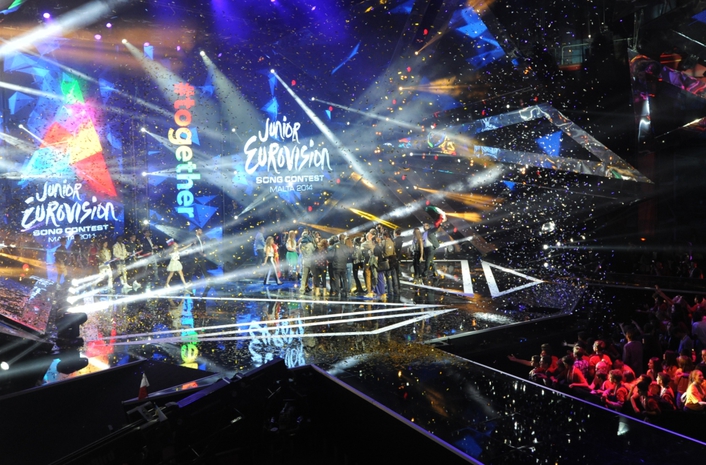 The show is broadcast live and streamed on the Internet, as well as performed in front of a live audience. Provisional audience figures for 2014 were in the region of three million viewers. The show took place on November 15th at the Marsa Shipyards in Malta, which were converted specially into the host venue for the event.  With 16 countries participating, it was a new record. The show also introduced online voting and estimated perhaps 8,000 votes – twice the amount of 2013. However, it was revealed after the show aired that in the first three seconds of online voting opening some 37,000 online viewers clicked to cast their vote, further supporting the show theme, “#together”. 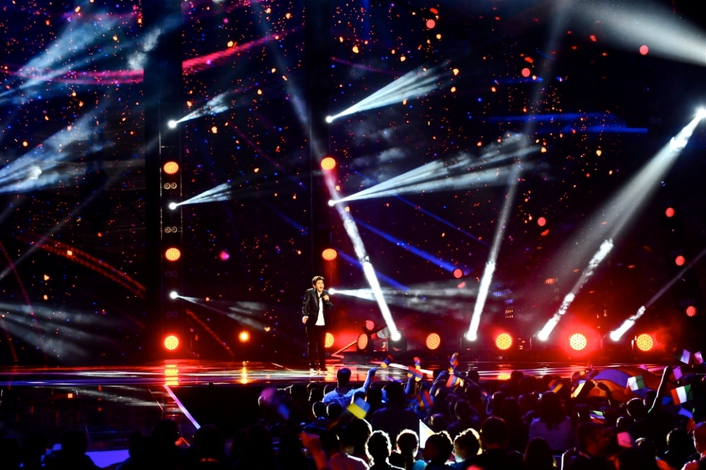 Malbon said, “I really enjoyed working with the assortment of the Clay Paky fixtures. The A.leda is very, very bright but quite flexible, while the Sharpy and Super Sharpy deliver those amazing sharp beams. The whole package worked really well together in terms of colour and set nicely with the rest of the rig.” 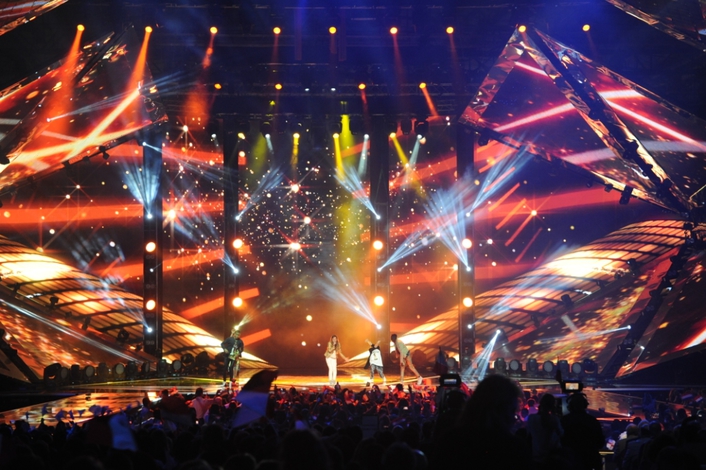 Creaive Director John McCullagh agreed, adding, “The Sharpy is always a fantastic go-to fixture and the Super Sharpy was equally impressive with the extra punch allowing more effects to stand out against the brightness of the TV lighting, allowing the rig to be more flexible. The Alpha Beams and Alpha Spots rounded out the look nicely and the A.leda looked great on the stage.”

Italian-based Agorà In association with local company Nexos, supplied the lighting. Head of Lighting Nicola Manuel Tallino of Agorà said, “The Clay Paky fixtures are always a favourite, and for good reason – they’re bright, reliable and there’s such a wide range of fixtures that all work perfectly together to deliver the best looks.” 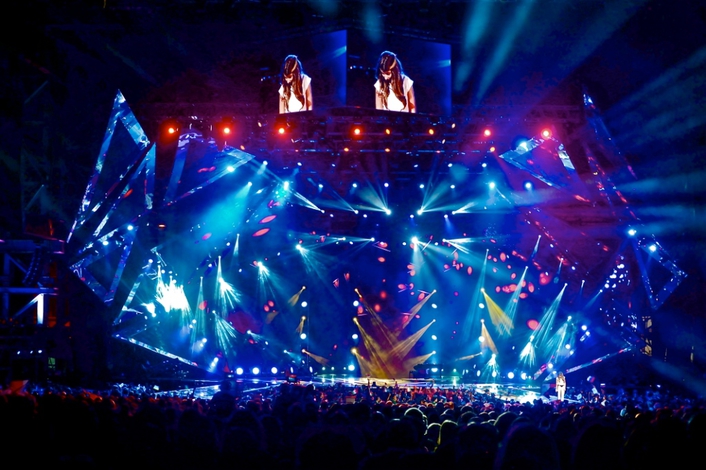 Melzig said, “The Clay Paky product range is always coming up with very innovative solutions for every situation. I could really appreciate the variety of fixtures we used this year on Junior Eurovision. And I always look forward to getting my hands on the next new product from them.” 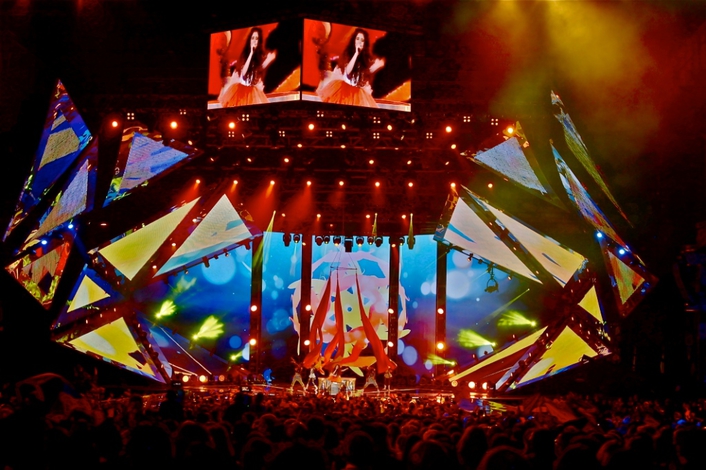 Coincidentally, for Clay Paky, after the online and televotes from sixteen nations and an international Kids' Jury were revealed, the winner Vincenzo Cantiello from Italy was announced with the song "Tu Primo Grande Amore”. The 14-year-old singer from Sant'Arpino has made his country proud, racking up a total of 159 points.