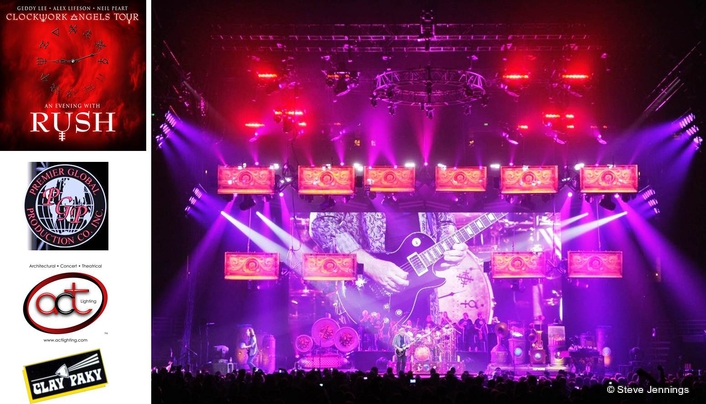 .
Rock band Rush just wrapped its Clockwork Angels Tour in the US in support of its eponymous album, and Clay Paky Sharpy fixtures went along for the ride.  Rush began its US tour last September on the heels of a successful European leg.  Dates in Phoenix and Dallas were recorded for a DVD release later this year.

“We had 55 Clay Paky Sharpys on the tour for the duration,” says Howard Ungerleider, lighting designer for Rush. “Sharpys are one of the most versatile and exciting lighting fixtures I’ve used in a while.  I can really get a lot of looks out of them.  I definitely work them without over-using them.” 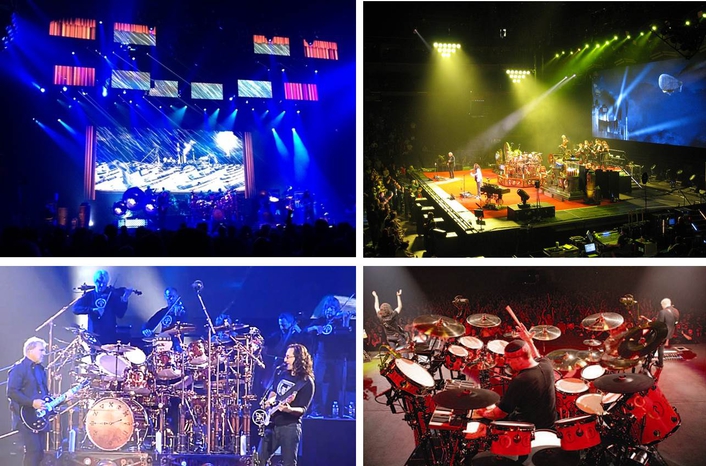 Ungerleider positioned the Sharpys, which were provided by Premier Global and Production Design International, on moving parts of the truss so they could descend at any time for automated moves.  He maximized their application, deploying them to different effect for various songs in the set.

He used Sharpys with gobos for a laser simulation for “Red Sector A” where he also had the fixtures simulate laser effects.  He tapped them as accent points for “Body Electric.”

Ungerleider used very three-dimensional theatrical effects for “The Wreckers” in which a video showed a storm at sea and the Sharpys emulated rain with their atmospherics.  The lights also created a Jacob’s Ladder effect and a barricade for “The Pass.”

The lighting designer believes Sharpys are “a superior light” whose “performance is amazing.  I love the beam and the ability to use gobos.  The Sharpys’ size and weight are incredible, too.  The light source and what it produced filled the bill for what I was trying to accomplish for Rush on tour.” 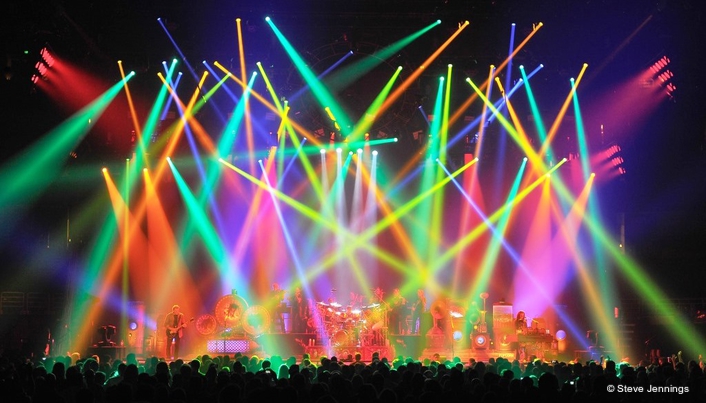 Francesco Romagnoli, Clay Paky Area Manager for North and Latin America, adds, “It’s great to be part of this imaginatively designed tour and great to collaborate with Mr. Ungerleider who is a great talent.”