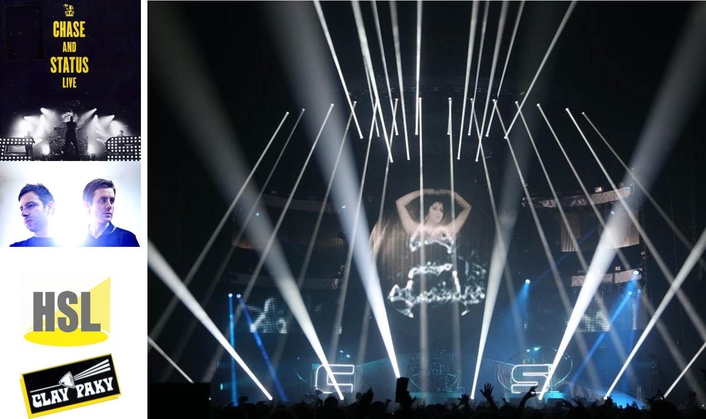 Inspired by the dance clubs of the nineties Hurst has put together a theatrical stage design of curvaceous trusses and Clay Paky fixtures, provided by Blackburn based hire company HSL, along with a set backed by five large video screens. 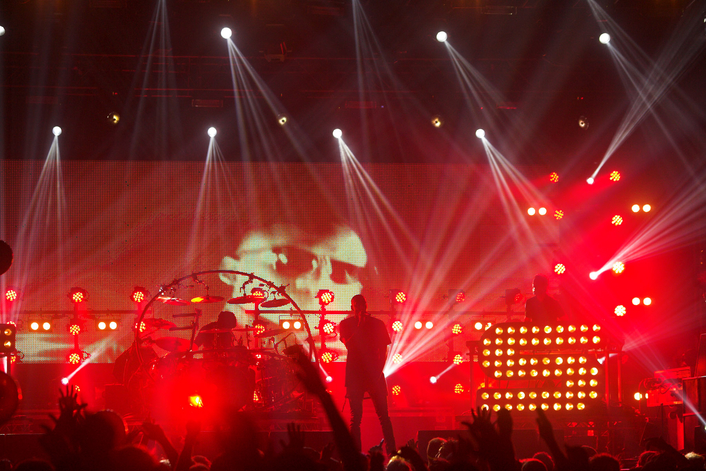 “I chose the Sharpys because I needed a small, lightweight fixture that was easy to rig but can still produce a bright enough beam to punch through all the video,” explains Hurst. “The front truss is around 13 meters high so I needed whatever light I rigged up there to have a powerful enough throw to cut through the LED screen. That’s what the Sharpys are great for, you don’t loose their intensity in demanding situations.” 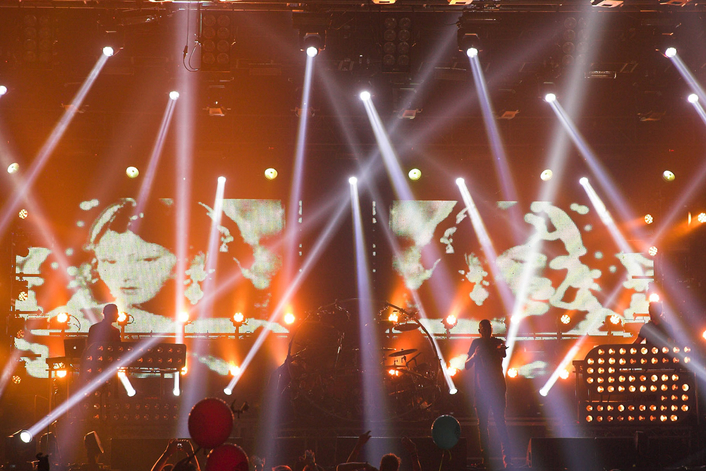 The show’s design ripples outward from a circular LED screen to two LED screens per side. The four screens played a mix of live and pre-programmed visuals whilst the centre circle plays hard-hitting moody graphics.

“Due to the shape of the truss I was unable to pre-load any of the lights,” explains Hurst. “However due to the Sharpys small size and weight meant rigging the lights pre-show each time has not been too much of a problem.” 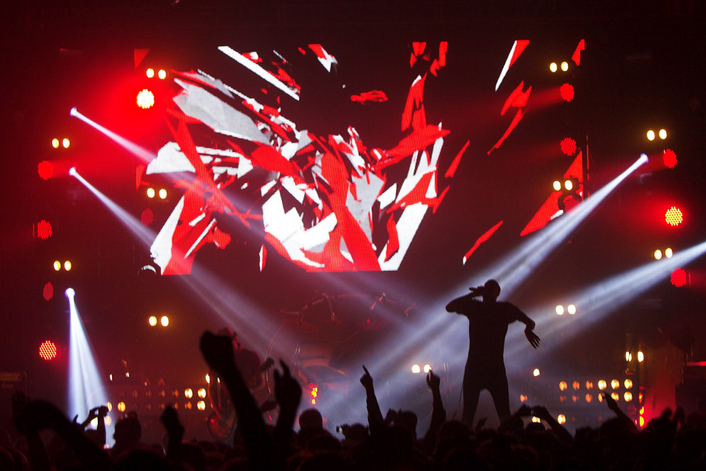 Hurst agrees: “The Sharpy is a popular choice for arena shows and large dance acts because it gives you brightness, speed and that distinct sharp beam shape. A lot of shows use video and with the Sharpy the beam still reads, even on arena shows where often you have very high trim heights.” 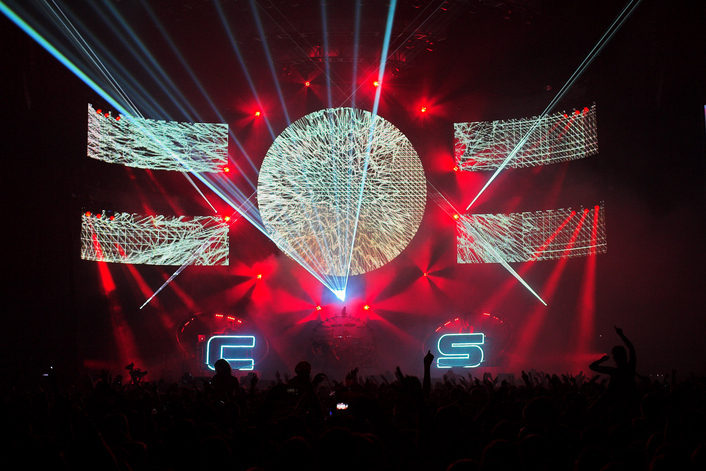 Chase and Status are currently taking a Christmas break and will start on the Australian leg of their tour in March 2014.