.
This year popular British TV series ‘Celebrity Big Brother’ evicted each voted out participant along a ‘catwalk of shame’ under the piercing, bright spotlight of the Clay Paky Sharpy.

Prolific award winning lighting designer, Gurdip Mahal, was tasked with providing a stand out lighting design for the show, which was watched by more than 3 million viewers across the UK. Mahal opted for the high-impact effect of the Clay Paky Sharpy in order to deliver a strong rock concert style atmosphere.

“When I set out to design Big Brother my brief was to make it look like a enormous and exciting outdoor event - a cross between a live concert and a TV show,” Mahal explains. “I needed lights that would cut through the ambient lighting and be bright enough to make a dramatic impact outside. The Clay Paky Sharpys fitted the bill perfectly.”

Mahal used 32 Clay Paky Sharpys, encased in watertight Clay Paky ‘IGLOO’ domes and positioned them in various locations outside and on top of the Big Brother House.

“By placing Clay Paky Sharpys on top of the Big Brother house and in carefully chosen locations on site I managed to create something quite special,” adds Mahal. “I used a narrow gobo in the Sharpys to achieve a intense, laser style look. The addition of smoke bought definition to the Sharpy atmosphere and because the fixtures are so bright they helped maintain a saturation of colour outside.” 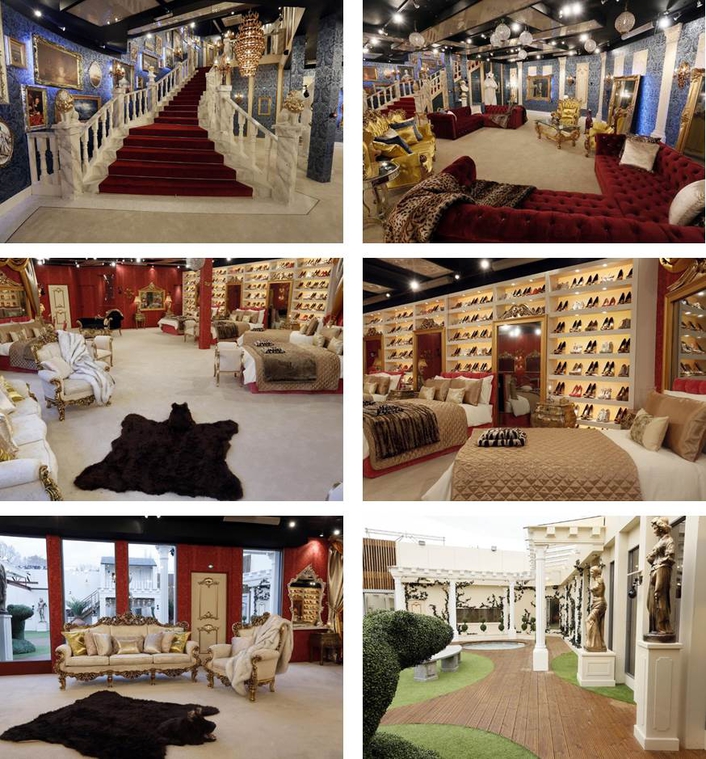 One of the key challenges for Mahal was the weather. The show was filmed for six weeks over the UK winter so it was crucial that the Sharpys were kept dry. Mahal and lighting director Martyn Rourke worked with show gaffer James Tinsley to find the best option and elected to use Clay Paky polycarbonate IGLOO domes. Each dome is fitted with an automatic cooling and heating system and is designed to ensure that the projection remains flawless without any loss of light or any kind of image distortion.

Mahal, who is recognised for his work on big name TV shows such as the MTV Awards and popular British TV series ‘The Voice’ went on to say that he has big plans for future designs using the Clay Paky Sharpys.

“I’m currently re-designing the next series of Big Brother,” says Mahal. “I am experimenting with a number of looks and ideas and I will definitely be using the Clay Paky Sharpys, so please do stay tuned!”