Clay Paky Sharpys Are the Choice for Lostprophets Homecoming 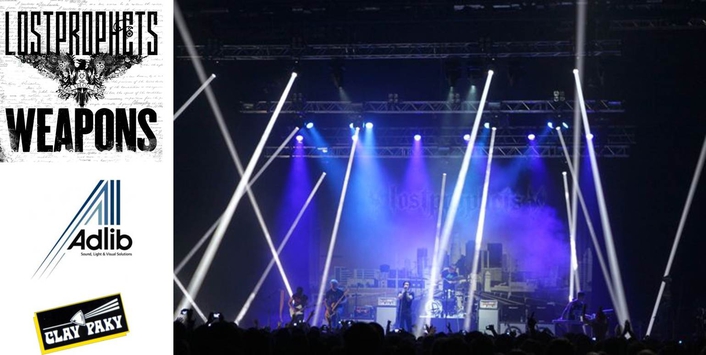 Promising a ‘full-scale performance’, Lostprophets were out to impress. Tomlinson used the Sharpy’s unprecedented brightness and pure, laser-like beam to create an array of spectacular mid-air effects and fast moving, atmospheric backlight.

“I used the Sharpys as an effect – a bit like a laser”, explains Tomlinson. “In particular they were used to create big effects into the audience. Weirdly I really like the frost effect over the powerful beam, and the eight-way prism. I also really like the way they create an intense beam, that cuts through all the other lighting in the rig, even if they are placed at the back of the stage.” 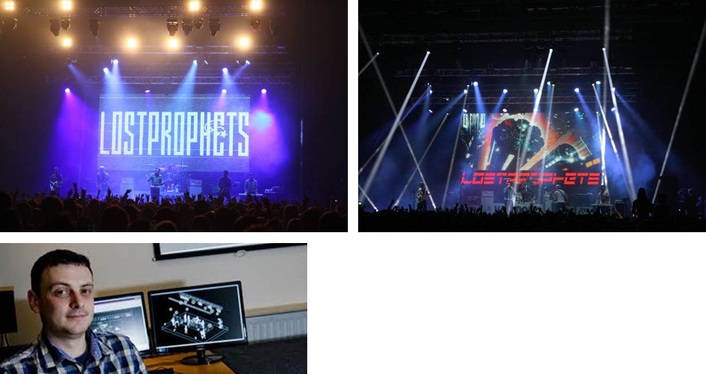 UK based Tomlinson won the 2011 Total Production International (TPi) Award for Lighting Designer of the Year. His innovative and imaginative work designing the lightshow for Brit Award Winning artist Ellie Goulding is well respected amongst his peers. This has also lead to a nomination for a Knight of Illumination Award for his work on Swedish House Mafia and this year he will has provided lighting design for four stages at Creamfields.

Pio Nahum, Chief commercial officer for Clay Paky comments: “It’s fantastic to see firsthand what an award winning LD like Ian can do with Clay Paky lighting equipment. It is also great to see designers push the fixtures feature set to their boundaries and find new ways to make the best of their wealth of features.”