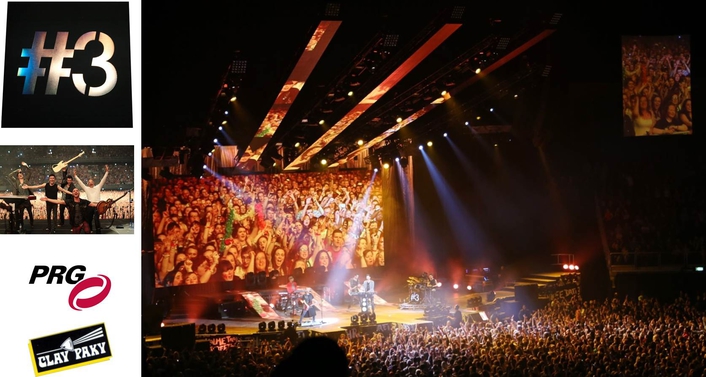 Thompson – who was presented with a Knight of Illumination Award in the category of Concert Touring and Events for his work with The Script in 2011 – has praised the impact the Sharpys can have in a lighting design. 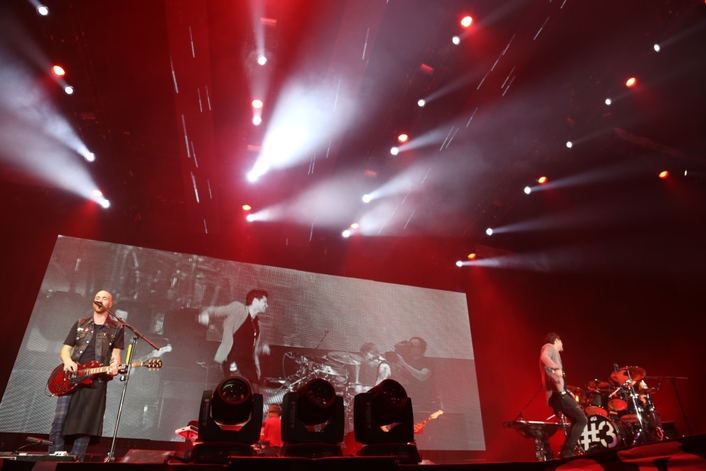 The Script show, which has been designed to reflect the name of the Tour - ‘#3’, features a huge video backdrop with three parallel video fingers that reach out into the audience, both along the floor and overhead. Although Thompson uses the Sharpy's sparingly he has worked them into his design seamlessly, using them to deliver high impact, audience-embracing effects. Where they are used each look exploits the sharp parallel beam acting to punctuate the music and the video content, both from the floor and side stage. 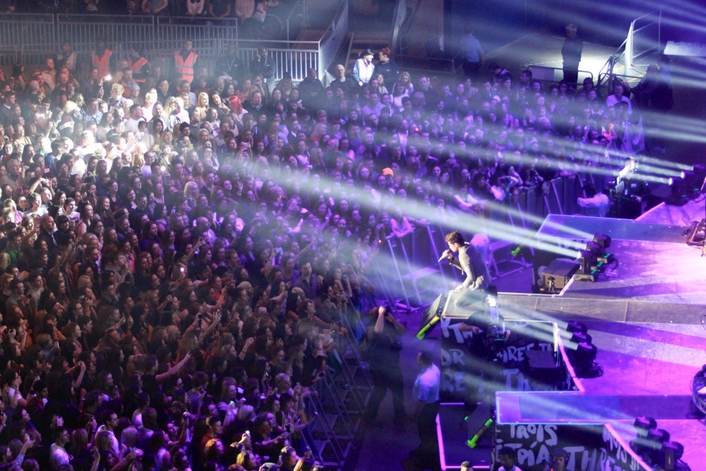 “The Clay Paky’s Sharpy is a brilliant fixture for touring, not just because they can really bring a design to life but because they’re incredibly reliable and robust. We have over 50 with us on this tour and I have not really had to do any maintenance on them. I’m using the infamous beam to create some statement effects when the bands big anthem songs kick in,” says Thompson. “In fact, the only problem I can see with them is that as they have such a good beam you have to be really precise when you focus them to ensure you get continuity across all the fixtures!” 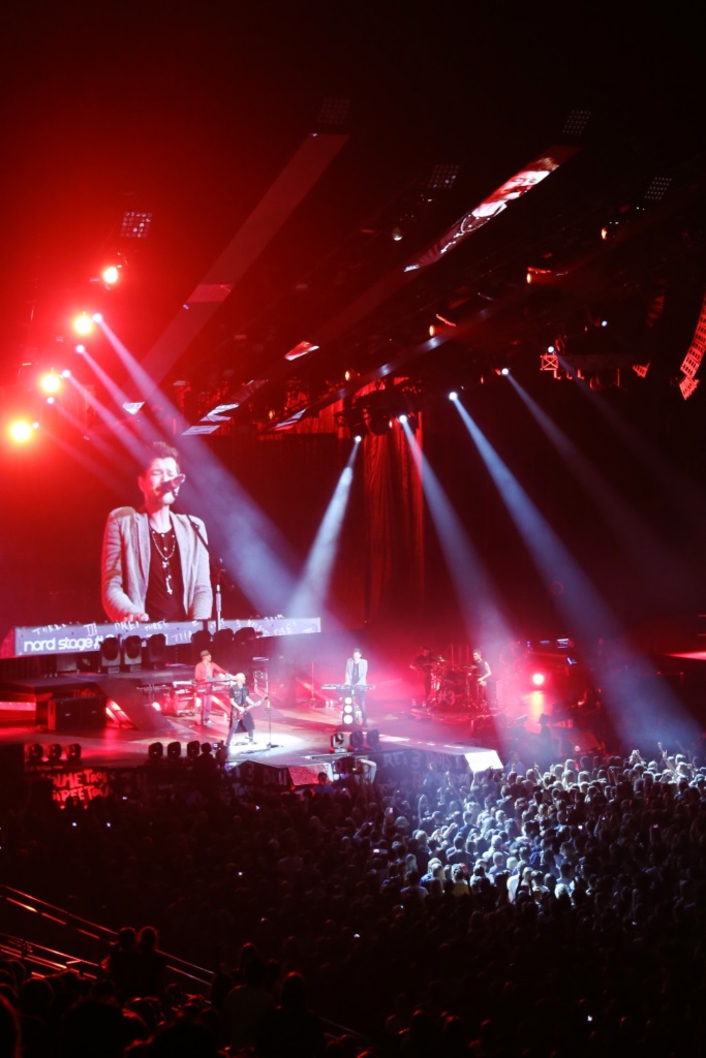 Thompson also praised Clay Paky’s behaviour as a company saying he really felt it is a company that listens to what LDs wanted and then responds with appropriate products: “Some years ago I visited the Clay Paky factory and I really do feel that Clay Paky  listens to what the designer needs rather than simply focus on what they think should feature in a luminiare,” he says. “And the result the Clay Paky range is a very usable, powerful range of fixtures that feature optics that are second to none.” 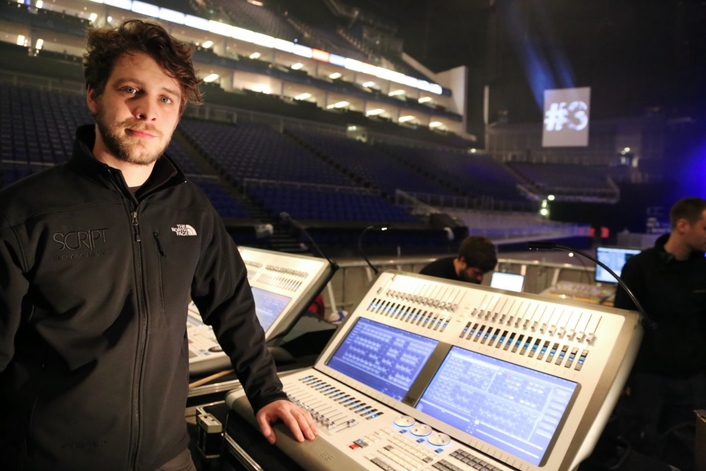 The Sharpys were supplied, along with the other lighting equipment by PRG. Glyn O Donoghue, managing director of Clay Paky UK distributor, Ambersphere, comments: "The great thing about the Sharpy is that although it has a very strong identity it is by no means a one look wonder! Individual lighting designers are constantly finding new ways to use them to create their own distinct, high impact looks as part of their show design. The fixture offers a great palette of features, which open up a wide scope of creative possibilities. I have noted that we are starting to see designers really put these features through their paces. Jamie Thompson is exactly that kind of designer, his show looked amazing."

The Script’s current tour, entitled # 3, played at some of the UK’s biggest venues, including Liverpool’s Echo Arena, and London’s O2 Arena and Wembley Stadium.