Clay Paky Sharpys ‘on the run’ with Paul McCartney

Clay Paky Sharpy fixtures have toured as part of Paul McCartney’s On The Run tour, a series of sell-out, stadium concerts

When it was time for rock legend Paul McCartney to acquire a new rig for his recent tour of North America, lighting designer Roy Bennett selected over 80 Clay Paky Sharpy narrow-beam spotlights.

Bennett, whose association with McCartney dates back to 2001, decided to incorporate the Sharpys into his design after seeing them for the first time at the LDI industry show in 2010. “When I first saw the Sharpy, I was really impressed. It’s totally new and fresh, yet it reminded me of some of the early classic stuff.”

During preparations for the new tour, Bennett decided it was time to update the lighting rig: “We’d been using the same configuration for the last four years, and I wanted to do something cleaner. Everyone agreed that it was time to start changing stuff.”

The initial concept sprang from an idea suggested by McCartney himself. “Paul had talked about wanting a laser effect or a ‘cage of light’”, says Bennett, “and when he said that I thought, ‘alright, I know what can do that!’” 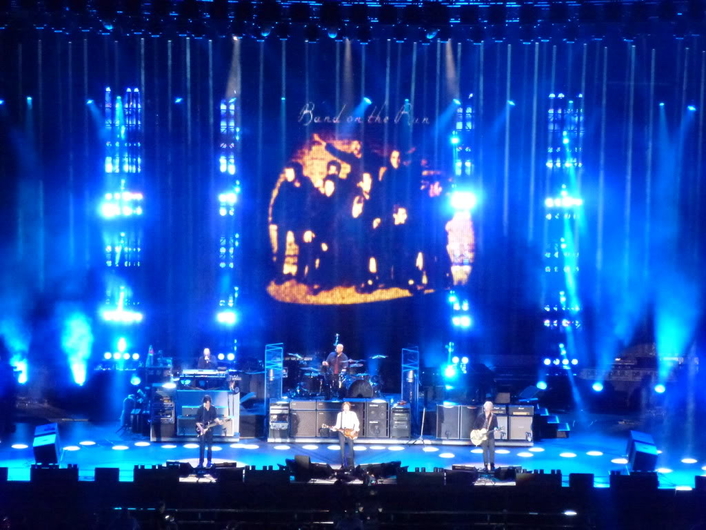 Bennett went on to structure the new rig around the Sharpys, building as much versatility as possible into the design. McCartney is known for liking to keep things flexible, often providing a set list just a few days before the concert or making changes on the fly.

Bennett designed the rig with 64 Sharpy fixtures arranged on two curved trusses of 32.  An additional 25 Sharpys were mounted on a rear wall in five rows of five.  The rig also included a variety of spotlights, washlights, audience lighters, LEDs as well as a Nocturne video wall. 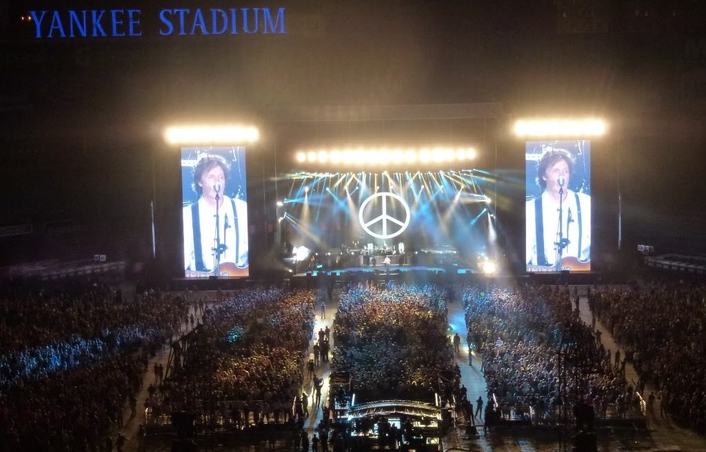 “Although the lamp count is quite high, the Sharpys are small and quite efficient,” Bennett reports.  “They have turned out to be a great success.  Paul absolutely loved the look of the lights and so does everyone else.  Production people especially like their small, lightweight footprint.”

“I see myself using the Sharpy again in the future”, said Bennett, who is already planning his next big project, a new design for the German heavy metal band Rammstein. “I’m also really impressed with the Shotlight”, which he says he hopes to use in the future. “It’s practical and saves space, since you don’t have to have the crew attach an extra light to the system.”