The iconic band Pearl Jam has hit the road on its 2016 North American tour with a large complement of Clay Paky Scenius moving head spotlights enhancing their sold-out shows.

Pearl Jam, which has sold an estimated 60 million records worldwide, is playing arena, festival and stadium dates across the US and in Canada throughout the spring and summer.  Lighting designer Kille J. Knobel, who has worked with the band for 16 years, obtained 36 Scenius fixtures for the rig from Upstaging, Inc. in Sycamore, Illinois.

“We’ve been providing lighting systems for the band for several years,” says John Huddleston, director of lighting services at Upstaging, Inc.  The Scenius fixtures on tour with Pearl Jam represent the company’s first purchase of the lighting instruments, which Huddleston believes “fill the gap for a compact, incredibly bright and feature-packed moving light.  Our affiliate, Neg Earth in London, used Scenius for Adele’s European tour and got really good reports on them.  So we felt comfortable buying them on Neg Earth’s recommendation.” 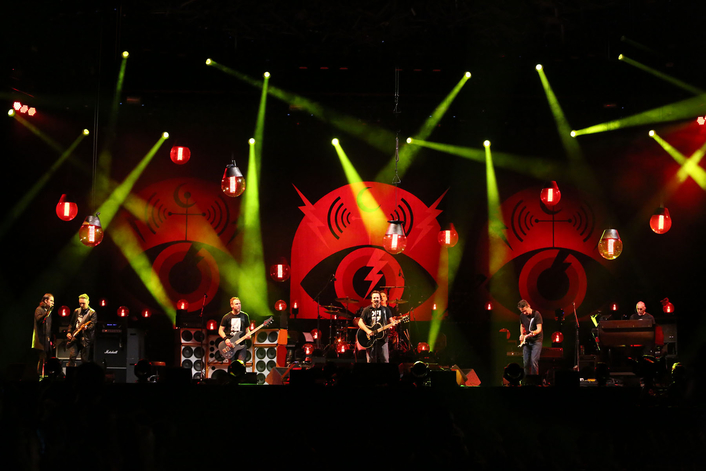 Kille Knobel wanted to upgrade to some newer fixtures for the Pearl Jam tour and asked Huddleston what was new on the market.  He mentioned the positive feedback Upstaging had received about Scenius, Knobel took a look and decided to give them a try. 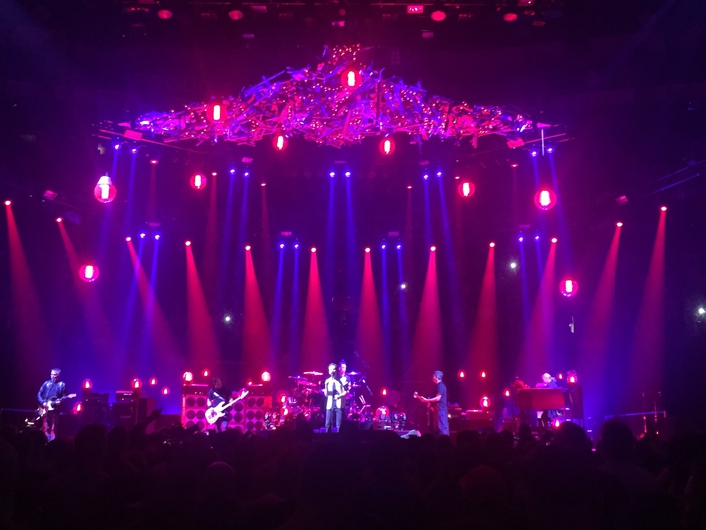 Knobel says Pearl Jam is all about “putting the music first” and favors music-centric, not production-centric tours.  For their current tour she collaborated with production designer Spike Brandt.  The result: “a little more sophisticated but also very organic look that enhances, not detracts from the music,” she explains.  The main scenic piece is an articulated scrap-metal bird that can be raised, lowered and angled on a Tait hoist.  Moving light trusses are also on hoists and oversize globes give the stage a vintage feel. 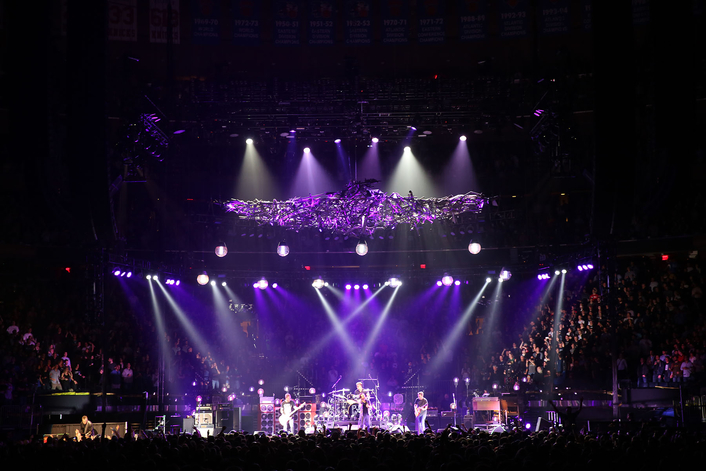 “The set list is never the same show to show, so we need a lot of visual diversity,” she says.  “The rig is pretty streamlined – it kind of disappears – but it has a lot of dimension, a lot of choices.”

Knobel positions the Scenius fixtures in the big horseshoe truss, on the moving trusses and on the floor where they light the air.  “Clay Paky did a nice job on Scenius’s gobo selection,” she says.  “There’s a lot of diversity.  The gobos are so much better than others I’ve used – I actually don’t spend most of the time complaining about them!”  She also likes “the great color range and color mixing abilities” of Scenius, especially its saturated mix red.

“What I’m most blown away by is their horsepower,” she notes.  “I haven’t seen that kind of horsepower in a package this size before.”

Knobel plans to keep Scenius front of mind for future projects.  “I’m super-pleased with them and happy to have them on this tour,” she says.  “I really love what we’ve been getting out of them!”

Francesco Romagnoli, Clay Paky Area Manager for North and Latin America, added, “It’s very rewarding to see such a high profile team of designers and performers using our new lights. We congratulate Ms. Knobel on such a great design.”