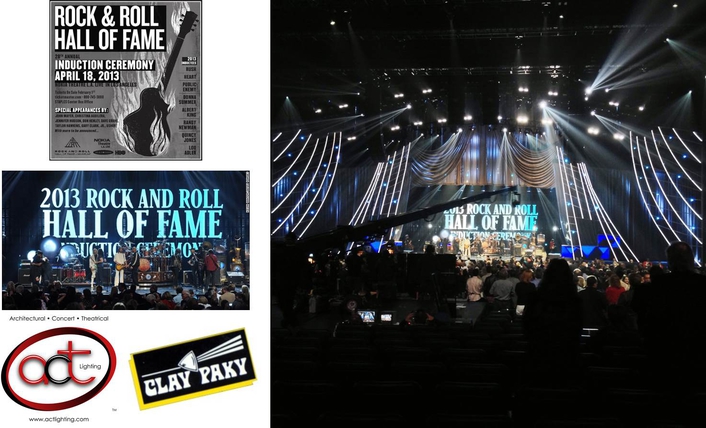 .
Clay Paky lighting fixtures were out in force at the 2013 Rock and Roll Hall of Fame Induction Ceremony, which honored inductees such as Aerosmith, The Doors, James Taylor, Albert King, Donna Summer, Rush and Quincy Jones at a gala event at LA’s Nokia Theatre.

The celebrity-filled ceremony, which was taped for broadcast on HBO, featured 40 Clay Paky Sharpy Wash lights, 28 Sharpys and 7 Alpha Profile 700s controlled by two grandMA2 lights and one grandMA2 full system, all supplied by Atomic Lighting of Lititz, Pennsylvania. 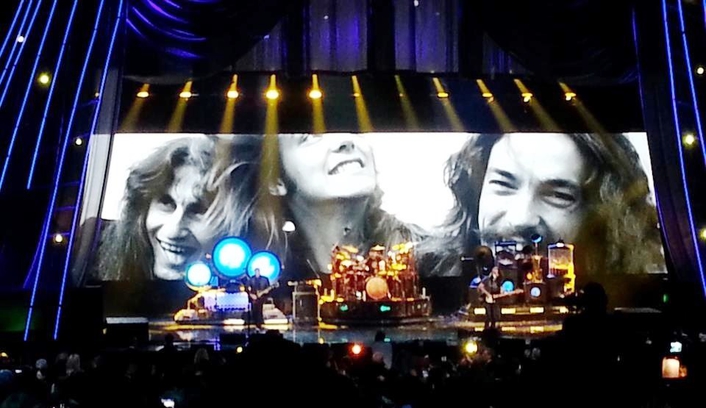 “The Rock and Roll Hall of Fame usually focuses on six or seven performances in the multi-camera show, and the tone was very vibey, not overly glammy,” says Kevin Lawson who programmed the lighting with Felix Peralta.  Lawson handled the key lights and audience lights for lighting designer Allen Branton while Peralta programmed the scenic lighting, lighting effects and band lighting. 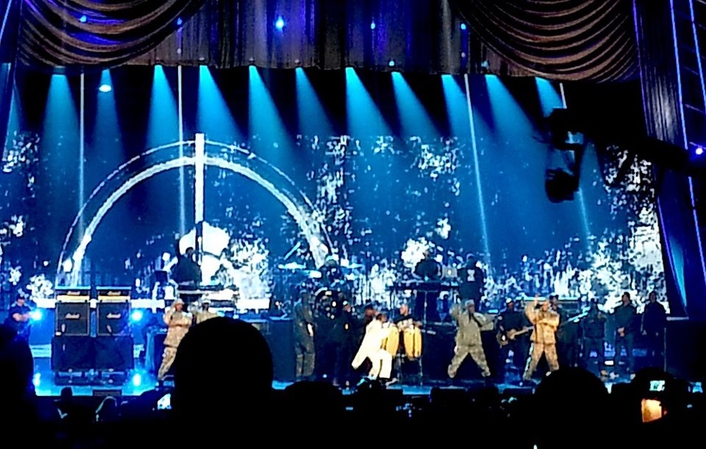 “The ceremony used to originate in a ballroom, then they moved to Madison Square Garden for the 25th anniversary,” Lawson recalls.  “They liked including more people in the larger venue but wanted to keep an intimate vibe.  So now they try to maintain a balance between an intimate music party and a gigantic rock show – they even pull out the first rows of the theater so they can still have tables for the honorees and VIPs.” 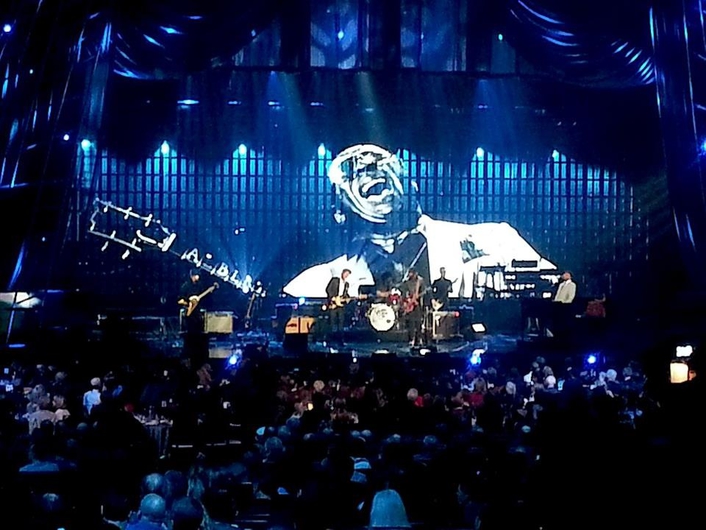 The Sharpy Washes were primarily used to light all of the stage drapery, but Peralta also “found some additional targets of opportunity and had them play out to the audience and become more of a musical accent piece,” he explains.  The Sharpys were peppered throughout the rig and “served double duty” as effects lights and lights which gave “Sharpy Dappling” to the drapery.  The Alpha Profile 700s were deployed as key lights and back lights on stage for several of the support musicians. 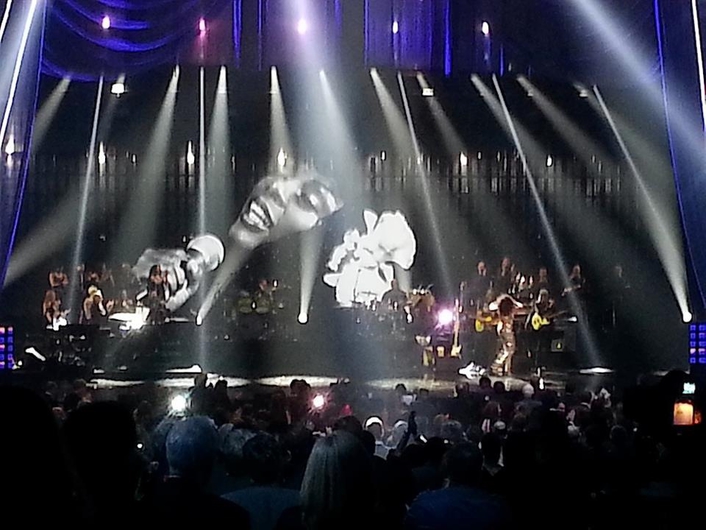 Peralta says the Sharpy Washes were chosen for “the brightness of the lamp, their color mixing options and the low-profile look of the light sitting in the rig.”  Brightness and a low-profile look were also factors in the Sharpys selection, along with “their proven track record, speed and variety of options.”  The Alpha Profile 700s were picked for their brightness in a compact, hard-edge fixture and their shaping capabilities.

Francesco Romagnoli, Clay Paky Area Manager for North and Latin America, adds, “It nice to see so many of our lights working together on this high profile project.  Allen, Felix and Kevin are a great team and we’re thrilled to support them.”

“Everything performed great, very solid with no failures recorded,” Peralta reports.  “We were very happy with the new Sharpy Washes – they’re going to give the big wash lights a run for their money!”

Lawson gives kudos to A.C.T Lighting for its “great support”; Peralta thanks Brad Hafer and the Atomic Lighting team for “always supplying a solid, robust system right out of the box.” He also cited Tad Inferrera, Kevin Harvey and the crew at the Nokia Theatre for their help and support throughout the production.