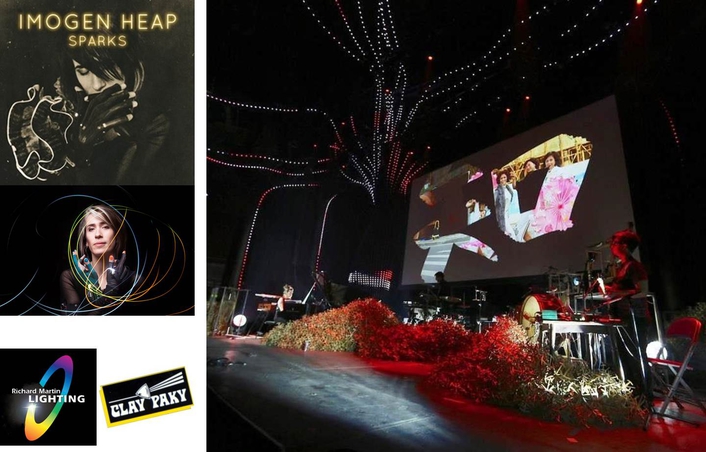 .
For this summer’s Camden Roundhouse’s Reverb festival, singer-songwriter Imogen Heap curated four days of events, which culminated in a headline show from Heap herself. As per the experimental theme of the festival, twelve Clay Paky A.leda B-EYE K20 fixtures were pixel-mapped for one of the first times in the UK, as part of Martir’s truly innovative and stunning show design.

Lighting and control designer Tupac Martir specified the hugely flexible Clay Paky fixtures, which were supplied by Richard Martin Lighting, as an integral element of the set.

“The set is based on the concept of molecules, which I wanted to mirror in the lighting design through gobos,” explains Martir. “When considering which fixtures I could use to give me that kind of look, the B-EYE was an easy choice.” 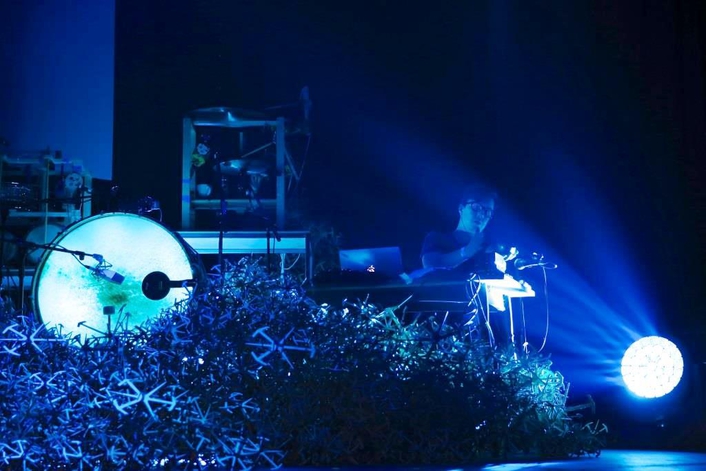 The theme of the show evoked the forming of a human being, with the sound of a heartbeat kicking things off, followed by animated molecules slowly passing through the B-EYEs and building up to create the set.

“The ability to rotate the front lens of the B-EYEs was fantastic,” continues Martir. “We rotated it really slowly, and with all the smoke we were able to get some really nice shapes.”

The B-EYE K20’s front lens can be rotated to create lots of small bright compositions, which may be open and closed like petals. By adding colours and dynamic graphics, the B-EYE generates never-seen-before light effects.

“Her gloves could control the intensity of the colour, and the animations that we ran over the B-EYEs via d3,” continues Martir. “It was truly beautiful.”

The B-EYE is brighter than any LED-wash with the same rated power, thanks to its special optical unit with a truly amazing lumen/watt ratio, designed and built by Clay Paky. 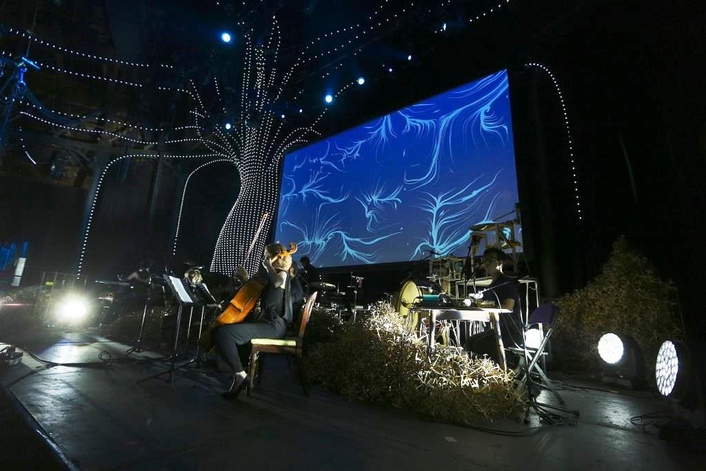 “As well as being fantastically bright, the Clay Paky B-EYEs allowed me to control every single pixel that I needed,” says Martir. “That kind of freedom is incredibly important to me as a visual artist so they will definitely be coming on the tour next year.”

Imogen Heap’s ‘Sparks’ tour will continue in May 2015, due to her pregnancy.

Ambersphere Solutions is the Clay Paky distributor for UK and Ireland.