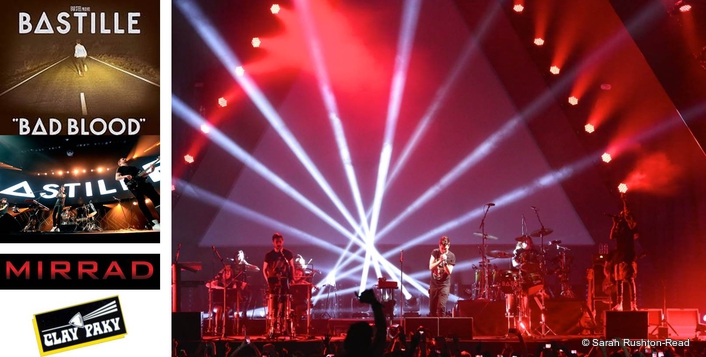 .
Multi-award winning lighting and show designers Jamie Thompson and Bryan Leitch are utilising the unbeatable brightness of the Clay Paky Sharpy to illuminate Brit rockers Bastille on their worldwide tour.

Thompson and Leitch, directors of production design company MIRRAD, turned to the Clay Paky Sharpy when looking for a powerful and lightweight beam fixture for the show’s effects floor package. 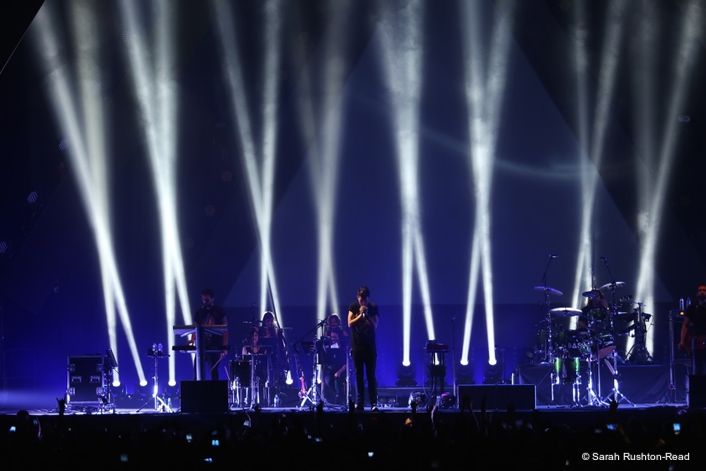 “We wanted the stage to almost explode out,” explains Thompson. “Therefore we used everyone’s favourite - the Sharpy – to give a huge, stage-defining look and create some really hard-hitting effects.”

20 x Clay Sharpys were placed across the stage in five banks of four, each fixture programmed to move in such a fashion that when working as a group, the lights’ beams appear to bend in ways that are not physically possible, wowing audiences at every venue. With the Sharpy being a lightweight and discrete fixture, they also made for the ideal unobtrusive floor package.

“We had to consider the impact of having 20 fixtures on the stage, but the Sharpy’s size to output ratio made it the perfect choice,” says Thompson. “We positioned the Sharpys mid-stage to up-stage, giving us massive aerial effects that draw in the audience’s attention.”

“The Sharpys fit into our set perfectly,” continues Thompson. “We use hard edges throughout the design and the fixture’s defined 189W beam produces amazing geometric shapes as well as strong saturated soft beams. We really love the Congo Blue and this is one of the few lights that can really deliver an intense Congo effect.” 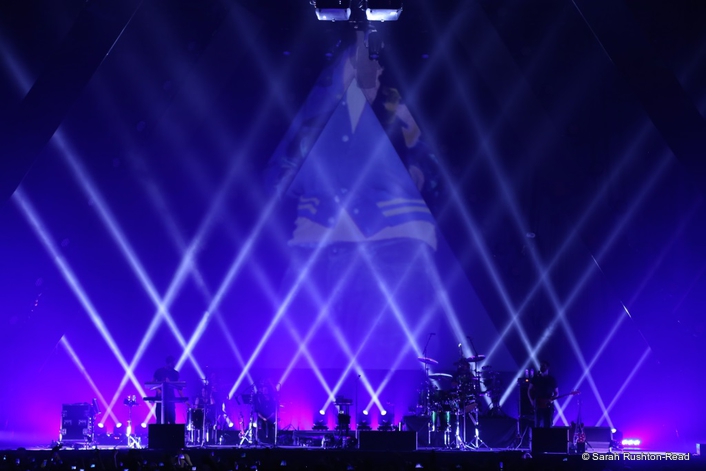 The versatility of the Clay Paky Sharpy, with its extensive effects system and dynamic zoom range (0º to 3.8º), was a smart choice when specifying a fixture whose output could match the diversity of the band’s musical style.

“Bastille’s music is quite dynamic in terms of what it does,” explains Thompson. “It’s mostly rock-heavy, with a little bit of pop and also quite a lot of synth noises in the back. So we’ve tried to strip the effects right down for the softer songs - we use a lot of washes, which the Sharpy does brilliantly. Then for the bigger songs we’ve tried to make it as rocky as we can by utilising the Sharpys to create big blinder looks, kind of air looks, which match the structure of the songs.” 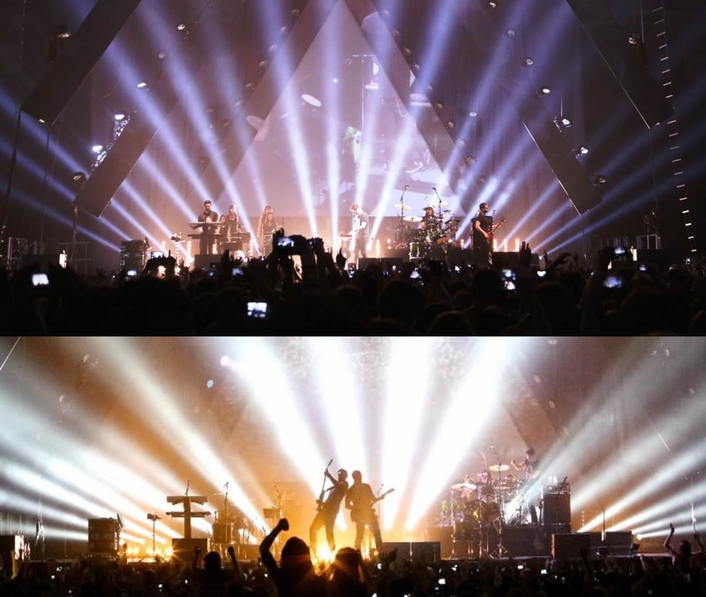 The Bastille worldwide tour is currently completing its European dates before embarking on its American leg.