Lighting designer Luc Peumans of Painting With Light has cast Clay Paky Mythos and Sharpy Wash 330 fixtures to play a starring role in his design for a Dutch stage production of Whitney Houston cinematic classic The Bodyguard.

The musical, produced by Stage Entertainment, opened in September at the Beatrix Theatre in Utrecht. Peumans specified 24 Clay Paky Mythos and 36 Sharpy Wash 330 fixtures from Ampco Flashlight, using them to swing his looks from the intimate during the more tender scenes, to the big and bold for the numerous concert moments.

“The narrative is well known as the 1992 movie, so one of the objectives was to give the show a ‘cinematic’ feel but also present the story in a contemporary setting using current technologies and high production values,” explains Peumans. 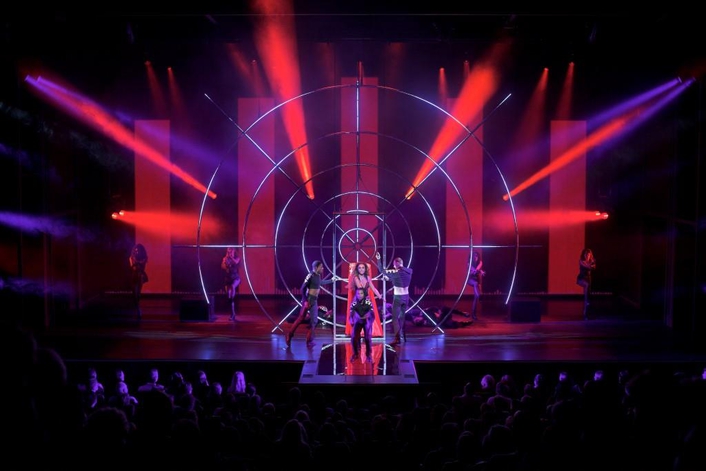 “Central to our mission was ensuring that all visual elements worked together harmoniously to give the audience a unique emotional experience,” continues Peumans. “As the theatre’s stage and wing space is relatively small and there is only one set, the lighting performs as an integral extra player to create the many different story locations. Having a properly multi-purpose fixture to take on this ‘acting’ role was crucial and that’s why I chose Mythos.”

The show design sees five large flying video screens along the sides of the stage, plus automated set trucks partially clad in LED. Two Mythos are attached to the tops of each flying screen with another two on the floor. Twelve Mythos and four Sharpy Wash 330 are then hung on winches above the stage area, where they are flown in and out for various scenes.

“I like the Mythos’ brightness, colour mixing, dimming curve, effects and its general multi-functionality which has allowed me to use it as both a spot and a beam,” says Peumans. “At some points they blend nicely into the background like any theatrical luminaire, while at other times, especially for the many concert scenes, they are seen in a more ‘classic’ moving light role. It is a refined, high quality and versatile luminaire ideal for this style of musical theatre and they work extremely hard throughout the performance!”

As well as on the winches, the Sharpy Wash 330 units are scattered around on the booms, side ladders and on top of the flown screens. 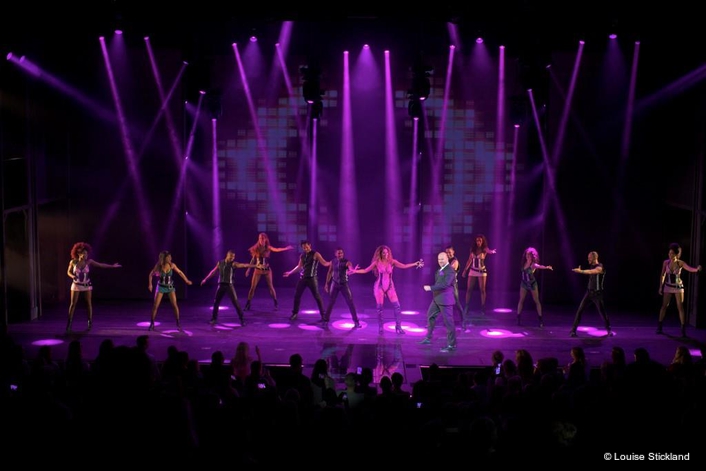 “The Sharpy Wash 330 fixtures are small, which is great for concealing in and around set pieces across the stage. The zoom can quickly go from a tight beam to a very wide flood, which is great for evenly washing the space. I was also really impressed with the quiet running of both units, which was ideal for the low-noise moments.”

The Bodyguard runs until April 2016 at the Beatrix Theatre in Utrecht, The Netherlands.