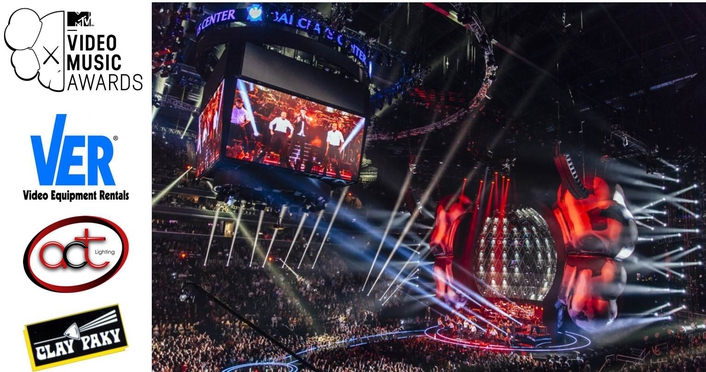 .
While the 2013 MTV Video Music Awards attracted lots of press for its outrageous performances, the show made headlines among professionals for its creative staging, too.  Clay Paky Sharpys and Sharpy Washes lit up the stage at Barclays Center, Brooklyn where artist and designer KAWS reimagined the VMAs’ iconic moonman statuette.

“For the 30th anniversary of the VMAs and its first time in Brooklyn we were celebrating Brooklyn and Brooklyn artist KAWS, who redesigned the moonman as a 60-foot inflatable silver statue that towered over the main stage,” says lighting designer Tom Kenny.  “I wanted to make it feel like you were in a gallery or museum honoring his work – it’s an unusual idea for an awards show, but MTV is always on the edge.” 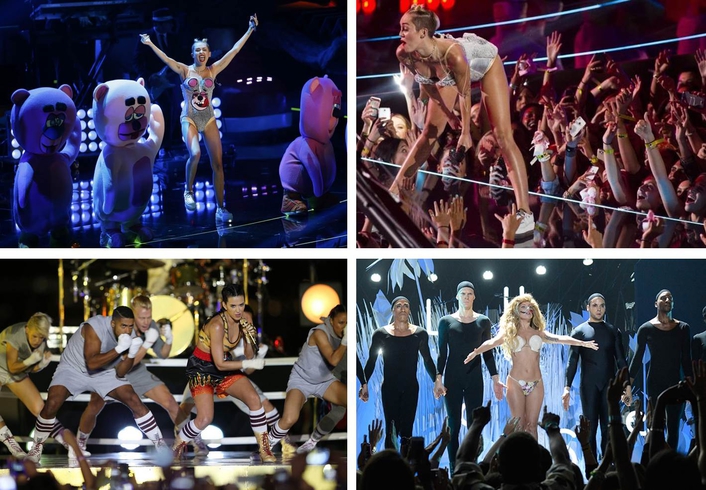 To achieve his goal Kenny deployed a large complement of Sharpys and Sharpy Washes supplied by VER.  “I had extremely high trims and needed audience light, back light and aerial beams,” he explains.  “They did a great job for me.  The whole idea was that the show didn’t look like a normal awards show, yet it needed the performances to be theatrical.  Even though the trims were high, the Sharpys were powerful enough to do the job.”

Kenny marshaled 220 Sharpys and 40 Sharpy Washes for the event, all of which were hung in the air.  “They worked great – the color was great.  I had the lights on site for three weeks without a problem.”

Kenny notes that the VMA Awards tallied huge ratings and always enjoys worldwide appeal.  “Emails from my peers after the show complimented me on how great and iconic the show looked,” he reports.  “It really achieved the status of art piece.  And we had a great time in Brooklyn, where the crew was fantastic.” 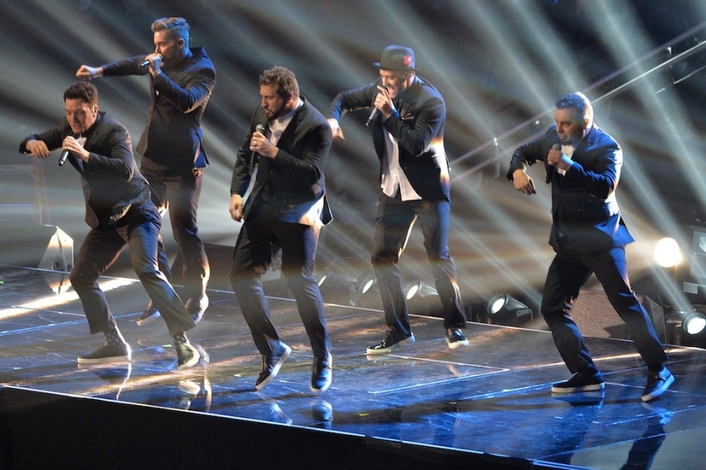 Francesco Romagnoli, Clay Paky Area Manager for North and Latin America, comments, “It’s great to be part of such a high profile event.  The Sharpys looked great and really highlighted the program.”

2013 MTV Video Music Awards Get The Pointe!
Tom Kenny’s Martin Ligh...rooklyn’s 2013 MTV VMAs
“The only lighting desk that can do it”