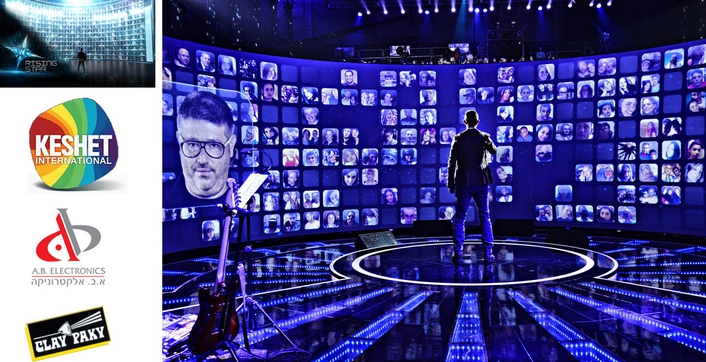 Contestants on the show – which is a ratings winner in Israel – perform to a blank 16 x 3.5 metre projection screen, which forms a barrier between them and the studio audience and judges. During their performing, the singers can see live images of the at-home audience, who vote on each performance, in real-time, via a smartphone app.

“Because of the interactive element we wanted to ensure that the audiences at home felt included in the program’s live visibility though a variety of lighting effects, all of which were achieved with the extremely versatile Sharpy Wash 330s,” explains Najar.

“The stage is only 24 x 14 metres and with LED fixtures there was risk of spill onto the on-stage projection screen. This would impair the show’s visuals and affect the live camera element.”

In fact the projection screen and the live aspect of the show are key effects element, so even the slightest spill was not an option. Najar’s solution to this specific challenge was to specify 96 x Sharpy Wash 330 fixtures, which were rigged in a grid formation across the stage’s curved back wall.

“Even at its lowest levels I was getting a really sharp output and very saturated, vivid colour which is exactly what I was looking for,” continues Najar. “The fixtures dimmer system is extremely sensitive, as are its pan and tilt movements and colour mixing (CYM), ideal when you are lighting for live TV. I like everything about the fixture, it’s perfect in my opinion.”

Billed as the talent show with a ‘technical twist’, this innovative video-wall approach has seen the show become Israel’s most popular debut TV show in 15 years, with regular viewing figures of more than 1 million. Produced by leading Israeli television maker Keshet Broadcasting, the format is currently being offered to countries around the world, including Germany, Brazil, and the UK. 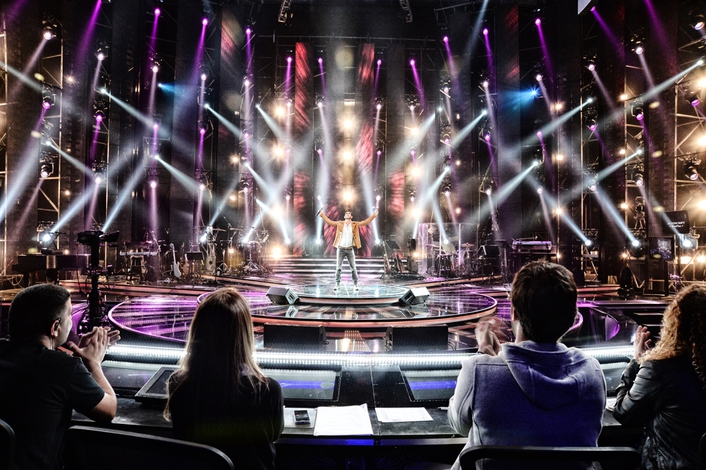 “The Clay Paky Sharpy Wash 330 provided me with a tight and bright enough beam to light the performance area for the cameras and provide aerial effects without spilling onto the video wall and disrupting the shows visuals,” explains Najar. “Keeping it tight was vital as the video wall is where the at-home voters are displayed in real-time during the show.”

As well being capable of a 330W beam output the Sharpy Wash 330 is designed to provide clear, intense colour at low level settings without losing its trademark sharp beam.