.
There was a job to finish: the 2011 tour Vasco Rossi, the Italian rock star from Emilia, interrupted owing to health problems. The seven concerts in two large stadiums (four in Turin and three in Bologna) were all sold out, which goes to show once more that the Vasco Rossi myth has not been tarnished at all by recent events.

Vasco was in great shape on a beautiful stage, which led Roberto De Luca, tour producer for Live Nation Italia, to say: "These are perhaps the most exciting concerts I have seen since I have been working with Vasco, i.e. for a good seventeen years." The stage was designed by Giò Forma. The layout was inspired by the triangular shape of Vasco's historic logo, around which lighting designer Giovanni Pinna devised the lighting plan. 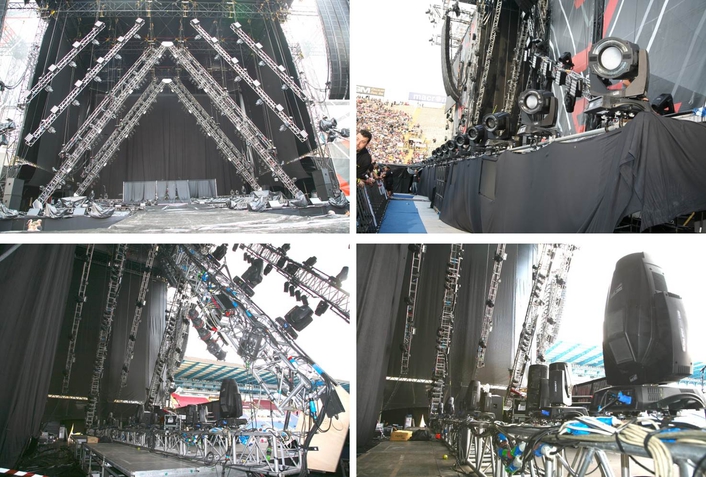 There was also a staggering 54 of the omnipresent Sharpys. Giovanni Pinna said: "I tried to use these exceptional lights in an unusual way, not so much as beams, but more as scenic lighting. For example, Sharpys are excellent when used on the band, to draw effects, or in a very static way, but with lots of gobos. Clay Paky lights were definitely the backbone of my lighting design." 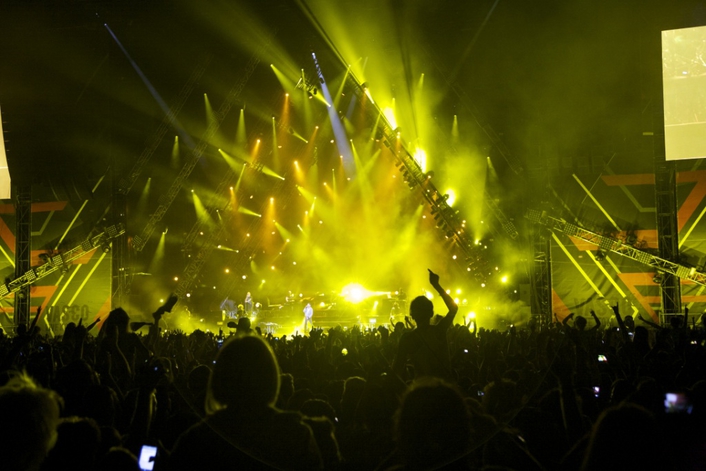 Giovanni Pinna has been working in the world of live events since far-off 1986, when he made his debut on Ramazzotti's tour as a lighting assistant. Since then he has continued to grow in popularity among trade professionals, right up to working as a lighting designer with Vasco – back in 1993 – and after that with Laura Pausini, Adriano Celentano, Pino Daniele, Roberto Vecchioni, Fabrizio de André, Elio e le Storie Tese, Negrita, Patty Pravo, Mango, Antonello Venditti, Gianluca Grignani and Irene Grandi. In short, all the biggest names in Italian music have benefited from his "touch". 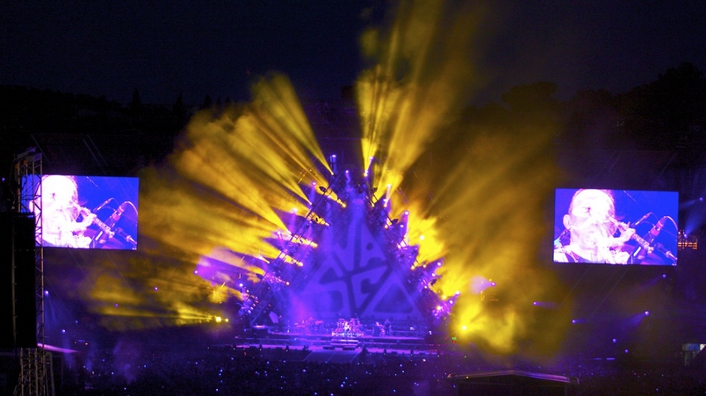 We should also mention the countless events and festivals, large conventions, TV programmes and shows, and events held by all the major fashion designers. Giovanni Pinna is an all-round professional: he has also dealt with the production and organization of shows, and has worked with the Politecnico di Milano to organise special courses for lighting designers.

"At a long-awaited 'critical' concert like this one, it is very important to get the audience involved," Pinna continued. "The lighting played a fundamental role. I used special pods consisting of a one-metre batten and two two-metre tubes, each of which was fitted with a Clay Paky Alpha Beam 1500 and four Molefays. These special components were very high up, 25 metres in the air, so they were highly separated from the rest of the rig and I could use them often. Vasco places great importance on audience lighting, so  in this way I was able to satisfy him spectacularly." 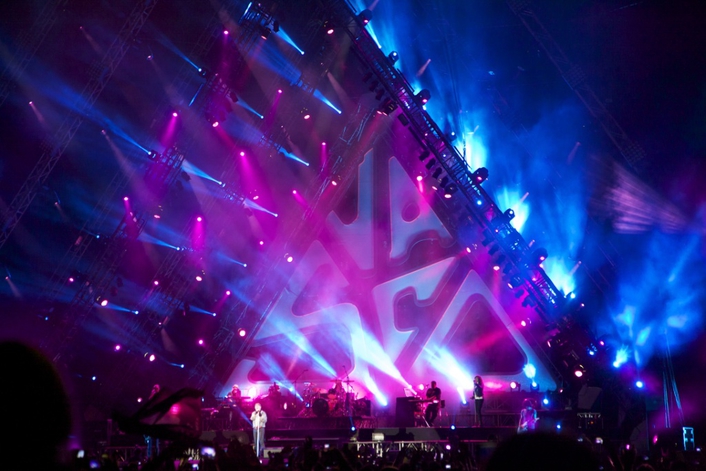 Vasco's return to the stage was defined by the public and critics as a success from every point of view. It was well worthwhile using the most highly qualified professionals and choosing first class material for the lighting, such as the lights Clay Paky has offered since 1976.