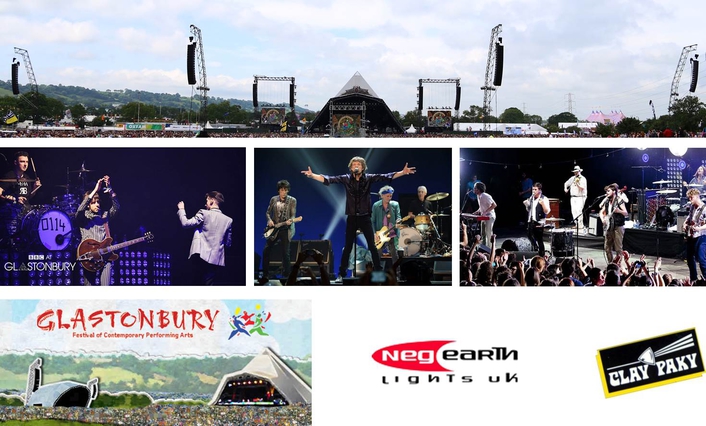 .
For three days and three nights 135,000 Glastonbury revellers had the pleasure of seeing their favourite headline acts, lit by some of the best rock and roll lighting designers in the world, play the famous Pyramid Stage.

2013’s headlining acts included: The Rolling Stones lit by Patrick Woodroffe, Arctic Monkeys lit by Andy Watson and Mumford and Sons lit by Ed Warren. Each put Fraggle’s house rig through its paces and all made dramatic and creative use of the Alpha 1500 Profiles and Washes. In addition each designer specified his own additional requirements for Clay Paky fixtures.

For the main rig Neg Earth supplied 29 Alpha Profile 1500, 10 Alpha Wash 1500, 20 Sharpy and 10 Sharpy Wash 330. However Rolling Stones LD Patrick Woodroffe added more Alpha Washes and Profiles and a number of Sharpy’s to the mix. Rigged at varying levels upstage, the Sharpys provided razor-sharp architectural backlight that gave depth to the stage for the audience and television cameras alike. Meanwhile the additional Alpha Washes and Sharpys were rigged onto a custom Arch Truss to deliver strong key and feature lighting effects. 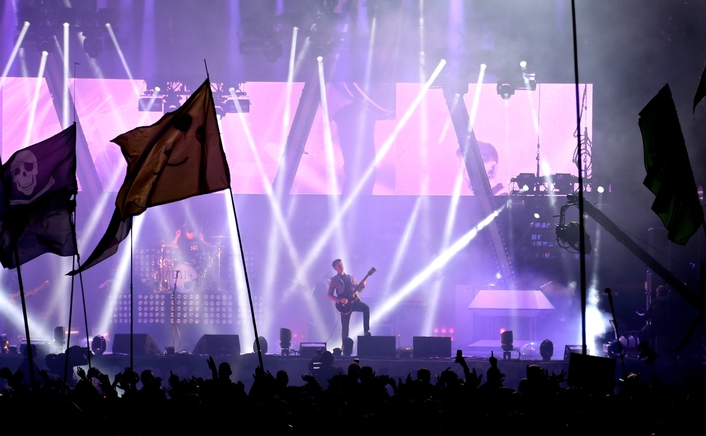 The Alpha Profile has an astonishing 1:9 ratio zoom and can transition between beam angles with breathtaking speed. It’s also extremely bright and comes with a comprehensive range of graphic effects. Plus the innovative Stay-Sharp-Zoom makes the Alpha Profile 1500 a valuable tool for designers who are working in demanding lighting environments such as festivals.

Complementing the Alpha Profile was the Alpha Wash, which bought vibrant colour to the stage day and night. Featuring enhanced optics and a comprehensive colour generation system it’s extra-wide 11° - 74° zoom range is clean from centre to edge.

As has been the case for many years  ‘Fraggle’ was in charge of lighting at the Pyramid Stage. Working alongside Neg Earth’s account director, Julian Lavender, and his team of skilled riggers and technicians, Fraggle managed a gruelling schedule of overnight turnarounds to rig, focus and programme each headlining act’s bespoke rigs. 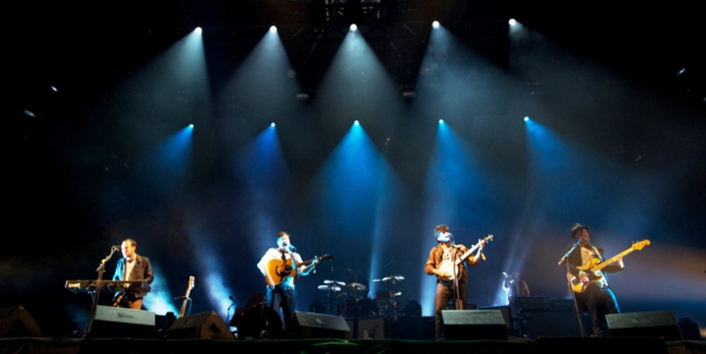 “We were aware that the headline acts use the Clay Paky Alpha Profile and Wash 1500s as part of their standard touring rig”, explains Fraggle, who had also been crew chief on the Rolling Stones UK and US Shows last Christmas. “This included the Rolling Stones’ LD Patrick Woodroffe. He has been using more than 100 Clay Paky fixtures, including 32 Alpha Profile 1500s, on the ’50 and Counting’ celebratory shows. My job is to ensure that we can offer the lighting solutions that each designer expects. They don’t get much time to pre-programme their shows and they prefer to work with the fixtures that they are used to”.

“We positioned the Alpha Wash 1500s in the house rig on LX1 and LX 2 to provide the powerful backlight required,” continues Fraggle. “This was not just for the main acts but also for the bands playing during the daytime as they needed something that would still have an impact on the stage and pick out the performers from the backdrops.”

While Patrick Woodroffe added a number of Alpha Profiles to the front truss and specially built side trusses, Andy Watson bought in a considerable number of Sharpys to provide dramatic beams to balance the Arctic Monkeys’ dynamic laser show. “Designers love the Alpha Profile 1500s for their high output and, with the profile, the precise framing system,” explains Fraggle. “They are incredibly reliable and extremely robust, which is an absolute must when you are working in all weathers, outside! As for the Sharpys – well everyone loves a Sharpy and Andy Watson used them to great effect to set off his crowd pleasing and very lively design.” 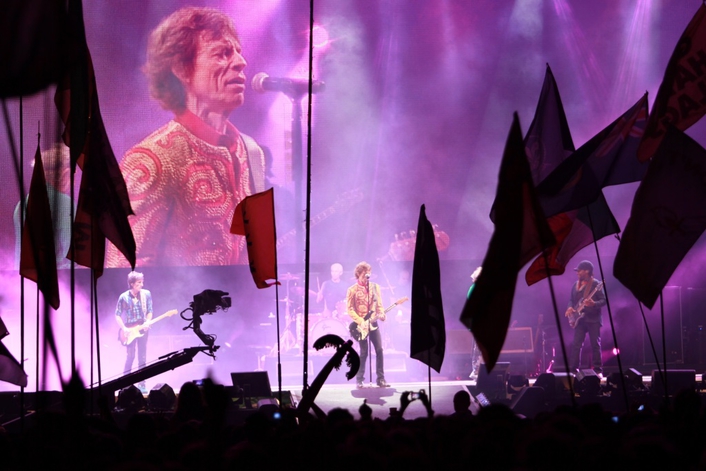 Not only did Clay Paky fixtures take headline position on the Pyramid but they were also specified for The Other Stage. Again, Neg Earth supplied the lighting and crew but here LD Tom Lesh was in charge of the stage: “We chose the Alpha Spot HPE 1500 and the Alpha Wash 1500 because we know they are good, bright, reliable all round fixtures,” explains Lesh. “We needed fixtures that read well for the daylight shows and that would enhance headliners productions. The Clay Paky fixtures offered incoming designers a solid air package that worked with their floor packages and could make an impact over and above their visual screens.”

Lesh says that the units, which were first fired up on Wednesday afternoon were not turned off again until Sunday night once the festival had finished. “We had absolutely no issues with any of the fixtures, which I think is impressive considering the environment they were operating in and the weather we faced - rain and shine, damp and dust.”

One of Lesh’s favorite features is the stay sharp zoom function for automatic focusing: “This is especially useful in a festival situation where we have time constraints and often can’t see enough in daylight to get a good sharp focus to gobo's,” Lesh explains. “I especially like the fact that you can go from narrow to wide zoom and can still be sure that it’s going to look good. This was a great feature in this somewhat challenging situation for myself, and visiting LDs alike.”

“It is a total thrill to see Clay Paky fixtures used on two such an iconic stages by such talented lighting designers,” comments Glyn O Donoghue, managing director of Clay Paky’s UK distributor, Ambersphere Solutions. “We also thank Neg Earth for the incredible technical support and back up they give Clay Paky products in the field”.

“Increasingly we are seeing talented designers push the creative boundaries”, continues O Donoghue. “However I have to confess, Seeing The Rolling Stones, play Glastonbury, for the first time ever, under a canopy of Clay Paky fixtures designed and commanded by Patrick Woodroffe (with additional instruction from the stage from Mick Jagger) – well, it doesn’t really get better than that does it?”

Reviewing the Rolling Stones, who played to a phenomenal 135,000 revellers on the Pyramid Stage, the Telegraph’s Neil McCormick states that the Rolling Stones “dazzled” festival goers pulling off "one of the greatest rock and roll sets that Glastonbury has ever seen".