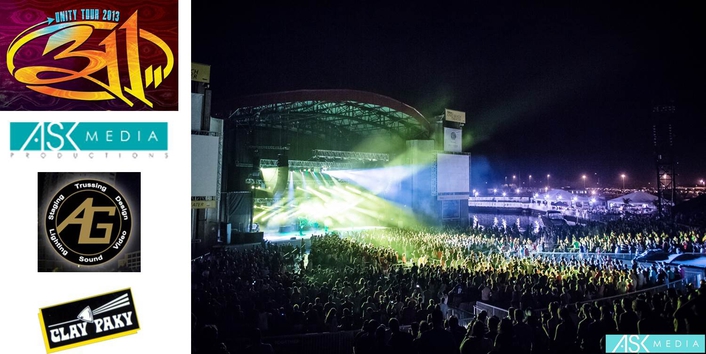 .
Omaha-based alternative rock band 311 completed its summer Unity Tour 2013, and a large complement of Clay Paky lighting went along for the 26-show ride coast-to-coast.  The tour marked the eleventh consecutive summer the band has headlined amphitheaters across the country.

Lighting designer Joe Paradis created the show design to “get the most bang for the buck,” he says.  “I was looking for the most output and the most efficient fixtures.  We had 62-foot wide trusses, which were as wide as we could possibly use wherever we went.  And lots of layers of lights.” 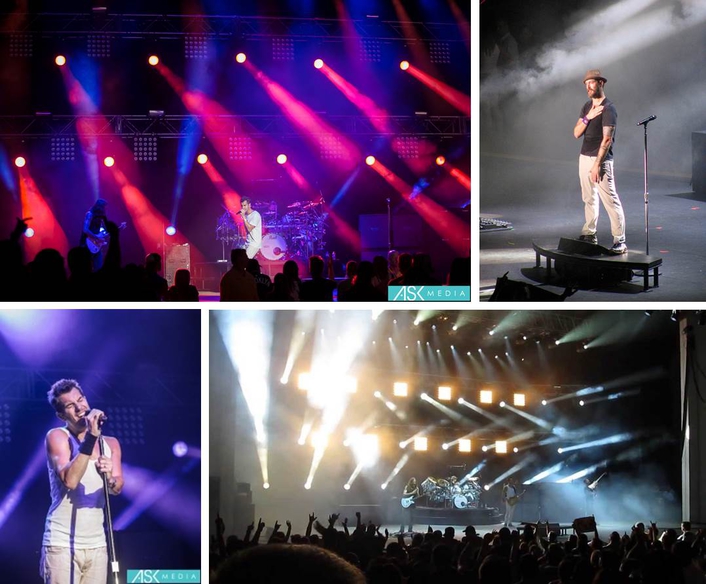 “This was the first time I’ve used almost an entire Clay Paky rig,” Paradise points out.  “There was a great quality of light and good color throughout the rig; the gobos and prisms were great and worked well.  It was the kind of look I always want from all my lights.”

Paradis used the Sharpy Washes as “traditional washes on the downstage trusses for practical illumination; I set the zoom at what I thought was a good coverage.  I chose them for the low wattage of the lamp; considering their size and wattage the output is amazing and they’re incredibly durable.  The color was astonishing and the speed on pan and tilt was unbelievable.  And weighing next to nothing we were able to go thousands of pounds lighter on the rig without suffering any loss of output.”

Paradis positioned the Alpha Spot HPE 1500s on three straight 40-foot trusses scattered in a pattern in groups of four.  “They were staggered and filled in all the holes,” he says.  “They provided different fan looks, and I love the color on them.  The beam is crisper and clearer than anything I know of – better than any profile fixture I’ve seen.”

He arranged the Alpha Beam 1500s in a staggered grid on hinged trusses, which were underhung from the upstage trusses.  In addition, eight 1500s were placed on the floor.  “I like them a lot,” Paradis says.  “I love the colors – their saturation is amazing.  And they give an alternative big, beefy beam look that’s very powerful.  You can get a really bright, thick beam that has a throw forever.” 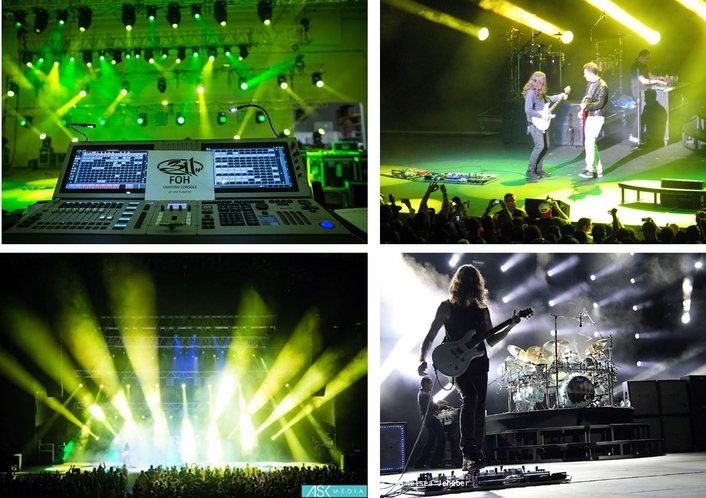 Bobby L. Grey, who served as assistant lighting designer and programmer reports that, “the Clay Paky gear was great and reliable” for the duration of the tour.  He singles out the Sharpy Washes as being responsible for “taking out between a ton-and-a-half and two tons out of the rig.  They saved a ridiculous amount of weight and power.  Last year’s fixtures were clunky and didn’t have the power.  But the Sharpy Wash was the brightest I’ve ever seen.  Through the entire tour I don’t think I swapped a single spare.”

Bobby “Junior” Jones was the master electrician for the 311 Unity Tour 2013.

Francesco Romagnoli, Clay Paky Area Manager for North and Latin America, comments, “It’s great to see the team of 311 designers coming to Clay Paky for their fixture needs.  This is a very well designed show and we’re proud to be a part of it.”