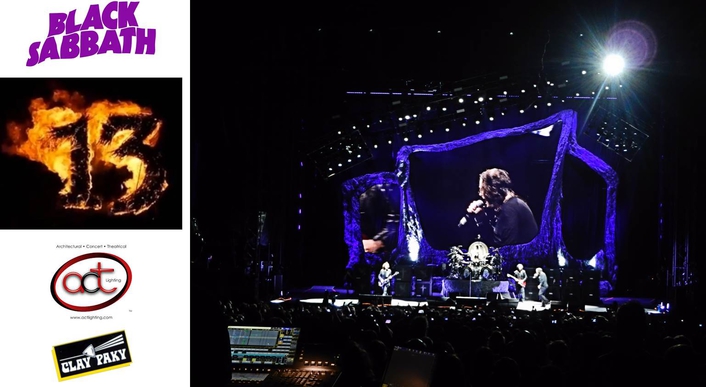 .
Heavy metal icon Black Sabbath continues its Reunion Tour in Latin America, Europe and the UK with a large complement of Clay Paky Sharpy and Sharpy Wash lights.  The tour celebrates the band’s reunion last year and supports their album “13,” the first with Ozzy Osbourne since 1978.

“Sharpys are the ultimate eye candy,” declares Michael Keller, lighting programmer for Baz Halpin, the tour’s lighting designer.  “They create such a visual display that they combat most videowalls.  They’re one of the few instruments that can cut right past them.”

Halpin is utilizing 42 Sharpys on the Reunion Tour with two pods of 4x4s and ten fixtures on the ground, says Keller.  “They’re very sturdy and rugged and have never had a failure.  They’re bulletproof lights with very powerful lamps.  The prism is great and the gobos are amazing.  Anything you want to do with them is never an issue.”

Forty Sharpy Wash lights were deployed in Australia as fill for a video shoot, he notes, and “they were awesome as well.”

Francesco Romagnoli, Clay Paky Area Manager for North and Latin America, comments, “Mr Halpin and Mr. Keller have been Clay Paky users for a while and we’re thrilled about how they’re being used for this show.  We look forward to working with them again in the future.” 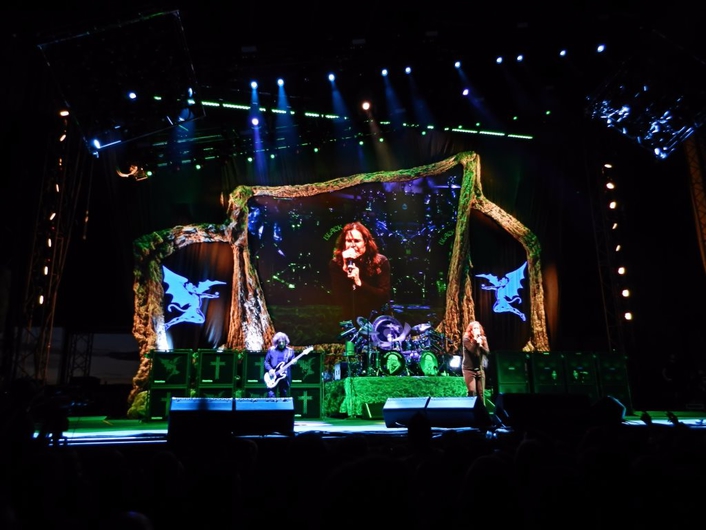