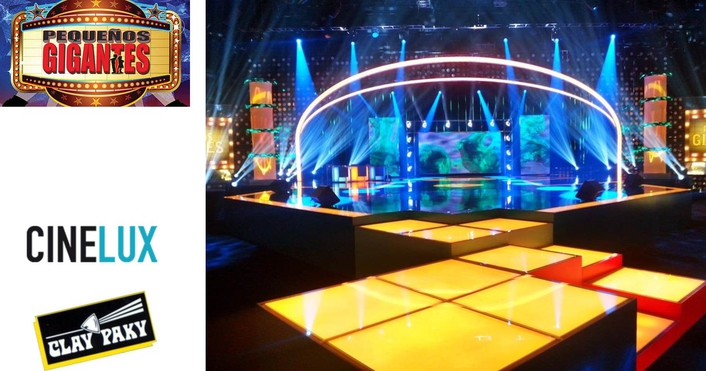 ‘Pequeños gigantes’ has started the last 7th of September in Spanish television. It is a TV show where children between 4 and 12 years old, compete to show their best abilities in dancing and singing.

Lights and effects made the stage shines, being the best complement for getting a perfect performance. 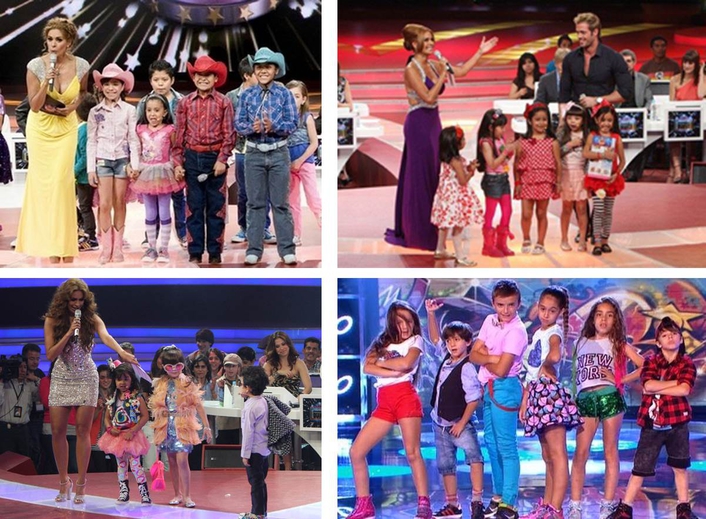 It is the first time that A.leda B-EYE K20 appeared in Spanish television. In the centre of the stage there was a great frame formed by several A.leda B-EYE K20 where the contestant was staging. Some Sharpys and some Alpha Profile 1500 completed the light and effects of performance.

Clay Paky’s lighting equipments, whose official distributor is Stonex in Spain, were provided by Spanish rental Company Cinelux who trusted one more time in Stonex.

As a result, the performance was perfect. The children enjoyed with each act, and passion, art and show filled the air. 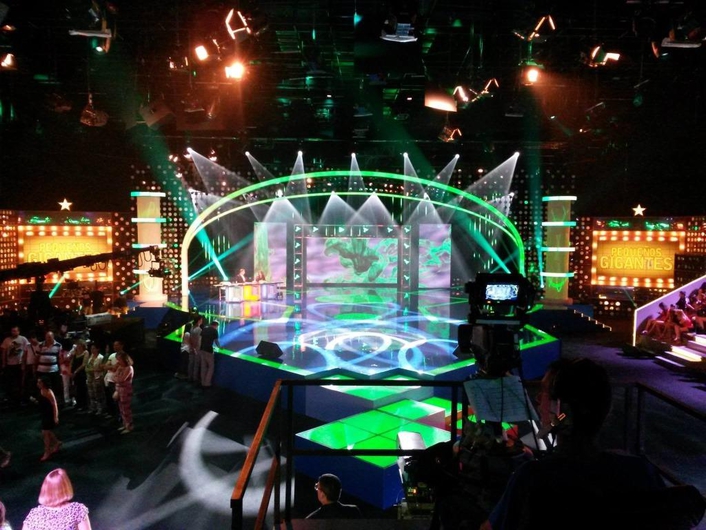