.
Luan Santana is Brazil's new music star. At only twenty-two years of age, Santana is one of the highest paid artists in the country. His first live album was a best seller throughout 2010 selling over 500,000 copies. His second album was recorded live in December 2010 at the HSBC Arena in Rio de Janeiro and released in 2011. His first single "Adrenalina" reached the top of the charts.

As part of a project to record a new DVD, Luan performed at Fazenda Maeda in Itu, near São Paulo, on 7 July 2013.
The artistic director for the DVD Joana Mazzucchelli dealt with every detail of the stage together with set designer Ludimila Machado and lighting designer and director of photography Marcos Olivio. The design was optimized both for the audience at Fazenda Maeda and for the making of the DVD.
Spectrum Design e Iluminação provided all the lights for the event, which included 36 Clay Paky Alpha Spot HPE 1500s, 60 Clay Paky Sharpys and other lights. 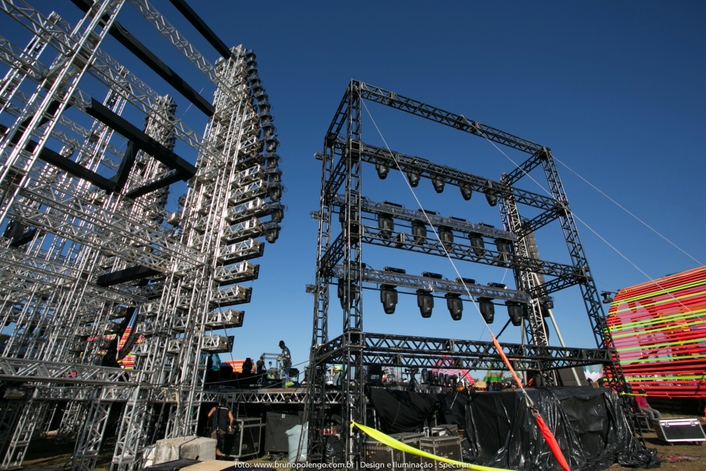 The skeleton of the stage consisted of three large shaped LED walls, which projected colourful visual effects. Sixty Sharpys were installed around their edges, which cut through the skies of São Paulo with their ultra-concentrated beams of light.
The combination of these two types of lighting strongly characterized the event design, giving rise to fascinating intertwined colour effects that particularly enhanced the TV wide-angle shots.
Alongside the LED walls were large three-storey parallelepiped truss blocks, which housed the Alpha Spot HPE  1500s for the sidelighting and illuminating the large audience. 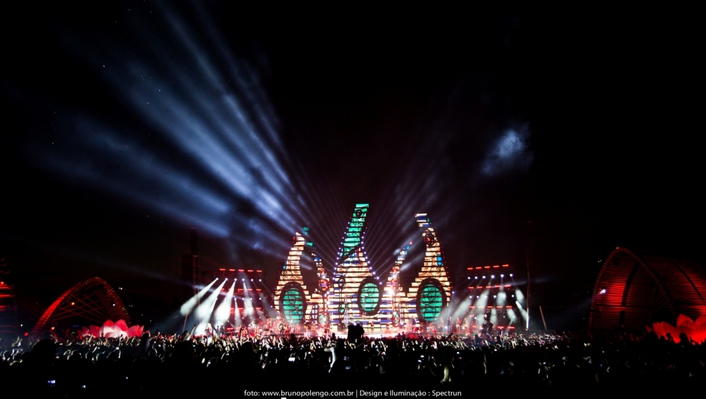 Daniel Ridano, owner of Lighting Bits, the company that imports and distributes Clay Paky and MA Lighting products exclusively in Brazil, said: "This is a very important job both for us and for Spectrum Design. Luan Santana is one of the most popular stars in Brazil today. The project is highly ambitious. The set was rigged in true super-concert style, and we are sure that the resulting DVD will be exciting too!"

Francesco Romagnoli, Clay Paky Manager for North and Latin America, added: "We are proud to have contributed to enhancing such an interesting project with our lights. Thanks to our distributor Lighting Bits, we are growing a lot in Brazil. Lighting designers demand our products because they know they can count on a company that has been working successfully at the highest levels of professional show lighting for nearly forty years."