MGG were the main technical suppliers.

Working as Project Manager for Afrikaans is Groot since it’s inception four years ago, Denzil Smith from MGG had always hoped that Joshua Cutts would some day step in as lighting designer for this slick, large-scale production. A busy schedule with many other prominent shows had prevented Josh from doing so previously…. that is until the client, Coleske Artists, approved his suggestion to involve Christopher Bolton as a joint designer and thus split the load. They could work simultaneously on separate MA2 desks on the same network using 24 universes.

AIG is all about top Afrikaans artists performing their top selling songs on a world-class stage.  The show was held in Pretoria at Moreleta Church at the end of last year with the Cape Town leg hosted at GrandWest Casino in March 2016. 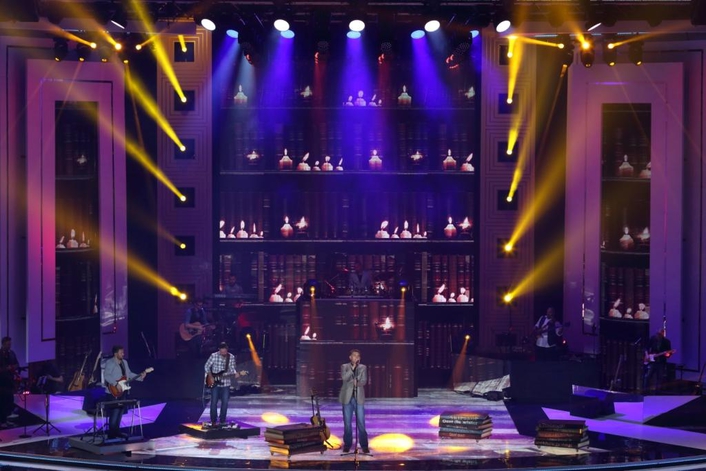 Coleske Artists have high expectations, they have done their research and know what makes a show a show, what gear they want and what each piece of equipment is capable of. Lighting had to be spot on for both the live aspect of the show and the DVD recording. The music structure is precise and the lighting was cue extensive, beat for beat on every song, with over 1 600 cues in the show. 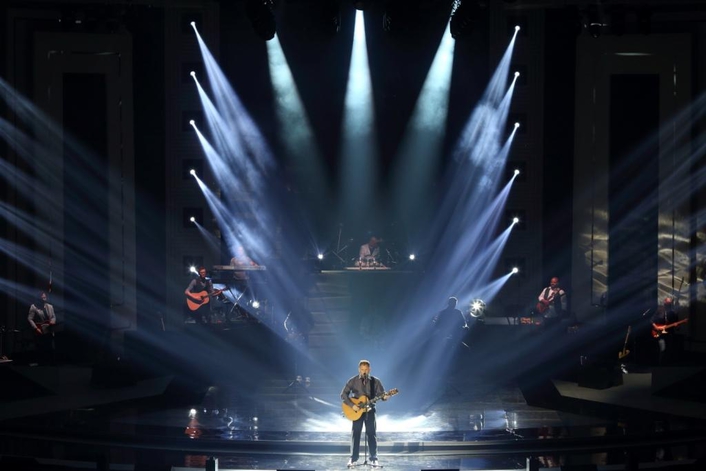 Christopher Bolton, who loves to punch numbers on a desk, focused on fixing the cues after rehearsals while Josh made notes from the directors, choreographer and wardrobe, dealing closely with the client and keeping communication open at all times.

“This must be one of the slickest technical productions I’ve seen in this country and I’ve worked on a few,” said Josh. It’s probably one of the best Front of House set ups due to the amount of individuals all focussed on different disciplines. 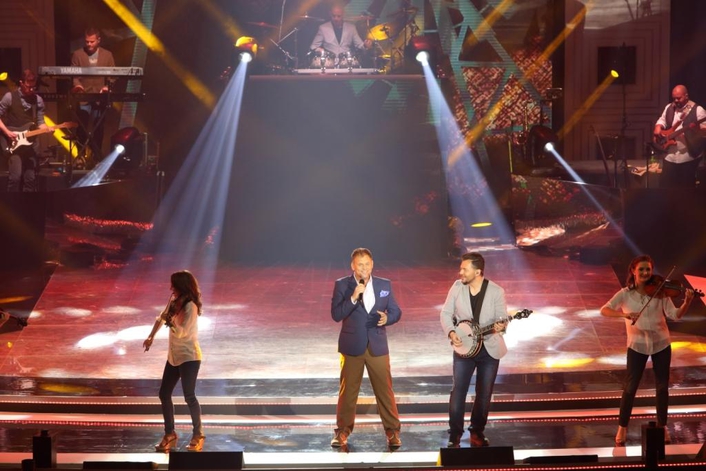 “Content is carefully made for each song, ” explains Denzil. “The LDs then have to join into that and add all the lighting, which is not an easy task. With a story line in place, the designers have to match and follow suite without taking over with lighting.”

All programming was done off line via two grandMA2s. The detailed screen showed where the artists would stand, where a microphone stand might be placed, where the props were located. 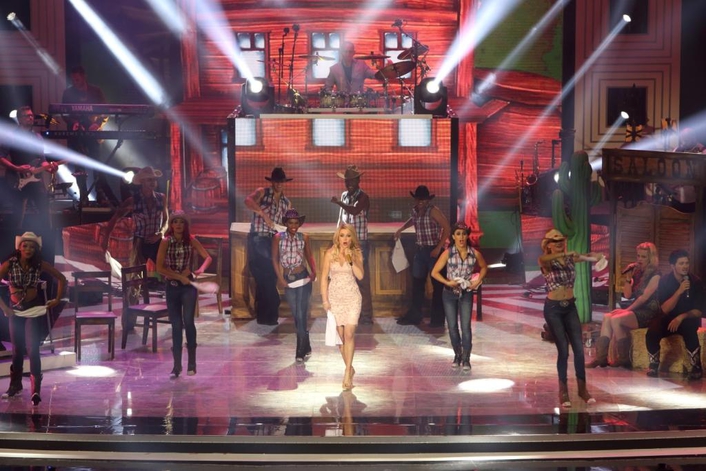 Chris and his assistant Jade Manicom spent hours building all the props and putting them into the 3D Visualiser with items such as street lamps, wooden crates, a bridge, bicycle, the skate ramp or even chandeliers! To give an estimation of just how many props were used, they filled an 8-ton truck with props alone when moving the show to Cape Town! 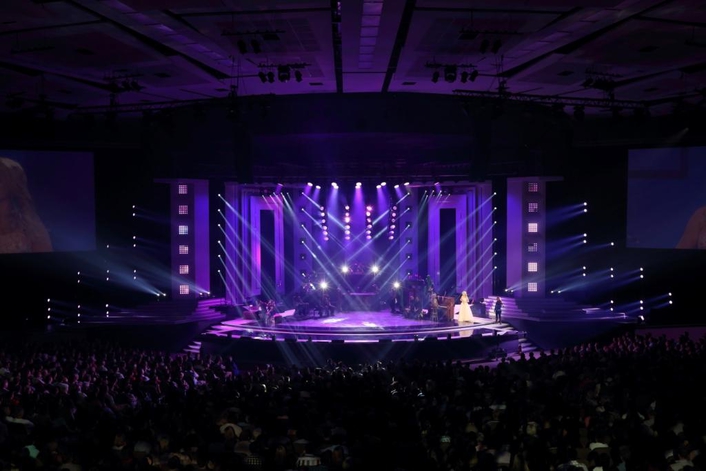 From a lighting point of view there was full access to the full arsenal of Mark Gaylard’s (owner of MGG) store. “Pretty much the sky was the ceiling and there was no ceiling. It was like being a kid in the candy store,” said Josh. “ Chris and I just added lights to the drawing and from a lighting point of view it was one of the biggest rigs I’ve ever controlled. It was 24 universes of lighting which is bigger than any lighting file I’ve ever worked on.” With the exception of one song the show was fully time coded. 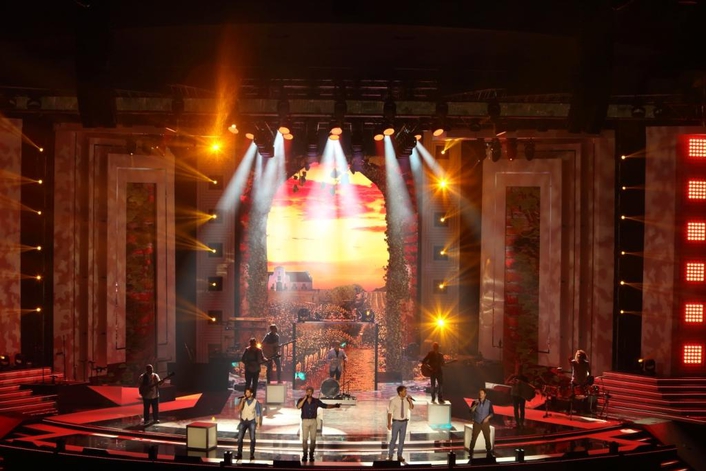 AIG is a visual show and involves extensive video with LED panels used throughout the set. “Our drive was to carry the video over into lighting. This is not our normal style of lighting because what I usually do is pixel mapping,” said Josh. “In order to achieve the best pixel mapping, we chose all of the Clay Paky A.Leda B-Eyes K20 and K10 that MGG own and other lights. We spread them out as much as we could across the stage in the ceiling and on the wings of the stage so that we could have an image across the stage at any given time.

“We then brought in the Clay Paky Sharpys. We did nice vertical lines with Sharpys popping through the sets. We could do strong hard beams to pierce out of these visuals and also to look for and find the performers, whether they are in the centre, upstage, downstage, or spread. We wanted the Sharpys to draw attention to where the main performer would be.”

“Having Joshua and Chris this time took a lot of pressure off me I would not have to worry about lighting, I would arrive on site and there would be drawings with lights and everything was done. I didn’t have to chase or worry. Having them on board was a huge jump forward.”

Planning has commenced for the next performance in November 2016 and Josh and Chris have again been assigned as lighting designers. Ticket sales opened to the public recently and within two hours, 52 000 tickets were sold.