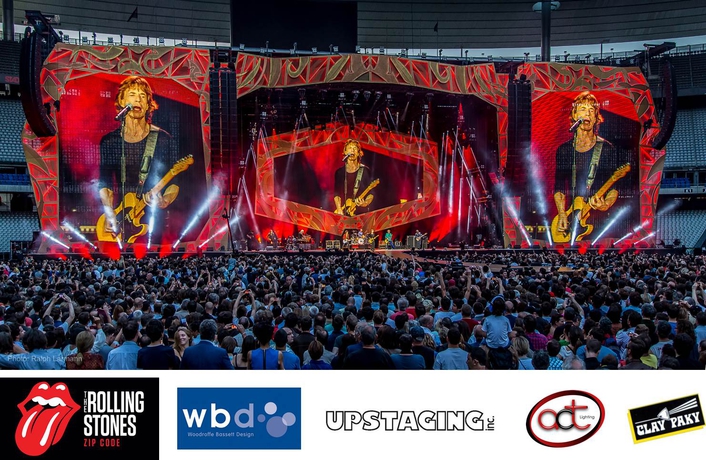 The Rolling Stones embarked on their Zip Code Tour visiting 15 cities in North America from the kick off in San Diego in May to the wrap in Quebec City in July.  The band’s lighting rig featured Clay Paky Mythos and Sharpy Washes.

“The band is playing as well as I’ve ever seen them,” says Ethan Weber, who was crew chief for the Stones in 1994-95 and became their lighting director in 1998, a post he still holds today. The majority of shows on the tour were in stadiums, though they mixed in a couple of festivals and a theater show in Los Angeles, where the band played the entire “Sticky Fingers” album. 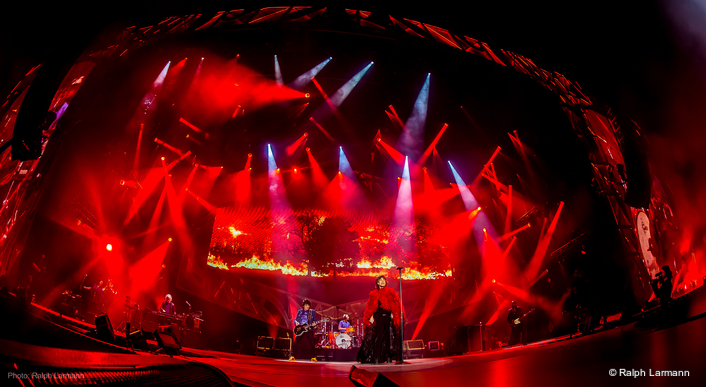 “The venues have been more consistent on this leg than on most in the past couple of years,” Weber says. “Not as many clones or fixture changes have been needed on the grandMA2.” Patrick Woodroffe of Woodroffe Bassett Design was the lighting designer/creative director for the tour, Terry Cook associate lighting designer and Miriam Bull studio associate.

Upstaging, Inc., headquartered in Sycamore, Illinois, supplied the theatrical lighting and equipment trucking for the tour as it had for the band’s last several tours.  New this year are 44 Clay Paky Mythos fixtures, 32 of them mounted on trusses over the stage and six on each of the two wings. 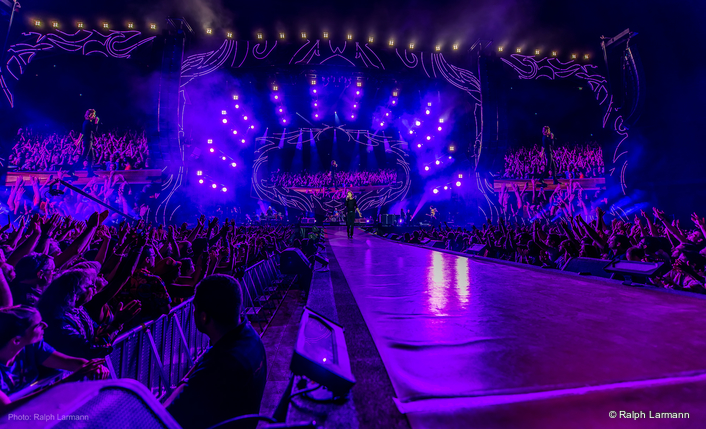 “Mythos are very versatile—possible to use as an effect or wash light, and bright enough to compete with the three video walls and other wash lights in the system,” says Weber.  “I had heard about Mythos from a trusted friend and looked forward to trying them out. Upstaging doesn’t carry our old effects light, but did have Mythos in stock; so Patrick and Terry opted to make the change. I’ve been very happy with them so far.”

John Huddleston, director of stage lighting services at Upstaging, reports that the Mythos fixtures have been very popular.  “They’re a new tool for designers; they tick every box: powerful, compact, fast, extremely bright and packed with features.  Mythos is what everybody has been looking for.” 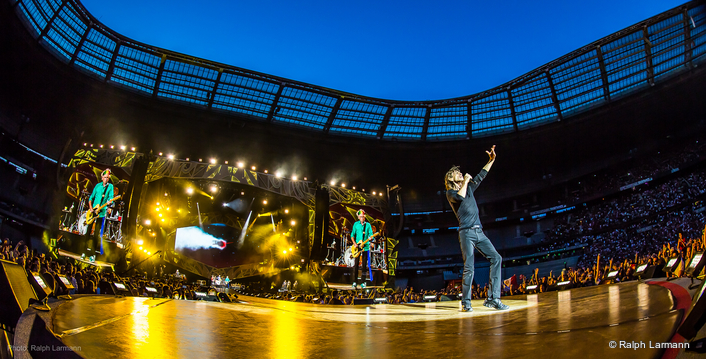 Fourteen Clay Paky Sharpy Washes helped to light the fascias, which surrounded the video walls designed by Stu Fish and built by Tait Towers.  The big screens were located left, right and center onstage; they were framed by golden fascia lined interior and exterior with LED strips.

Weber explains: “The Stones are, of course, famous for their fairly large shows, but in the end it’s about the music and the bands’ performance. In lighting them, we try never to take away from that. The goal is to make sure all the band members are lit and to give them an interesting environment to play in.” 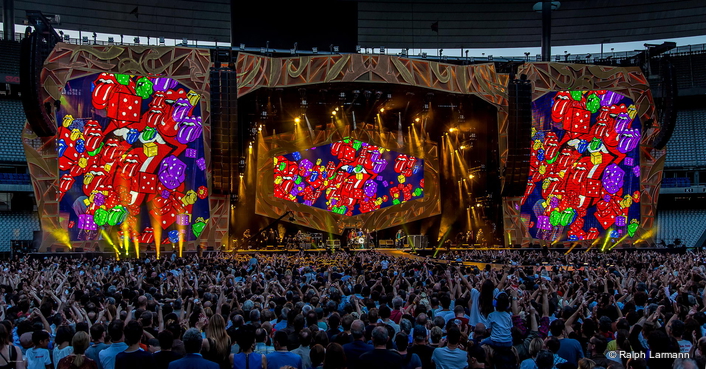 Francesco Romagnoli, Clay Paky Area Manager for North and Latin America, added, “We’re thrilled to see our newest lights on the highest profile tours.  It’s a pleasure to collaborate with all of the amazing individuals involved.”