.
Justin Timberlake kicked off his “20/20 Experience World Tour” in Montreal and Clay Paky Sharpys and Sharpy Washes were out in force.  Solotech provided the lighting equipment.

True to its name, the tour is “an experience rather than a show,” says lighting director Nick Whitehouse.  “It’s very visual with lots of projection and lighting and a lot of new technology.  We got pretty creative with everything and had fun putting it all together.” 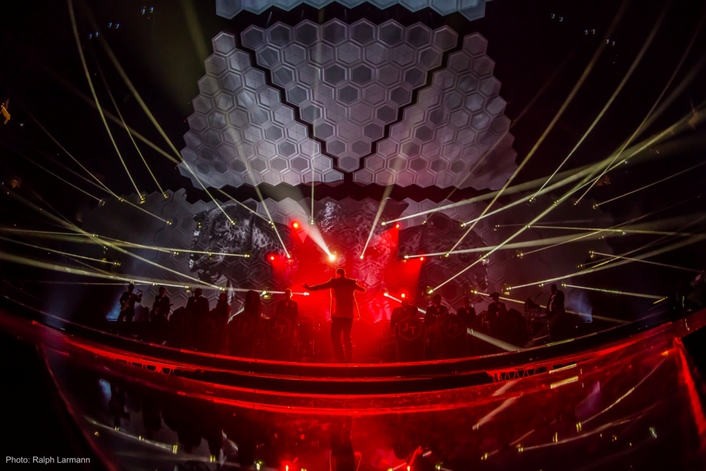 The tour is in support of Timberlake’s third studio album, which has a sophisticated vibe.  The singer will play dates in North America, Europe, Australia and South America. 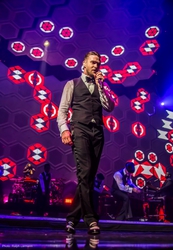 “We did seven weeks of rehearsals,” Whitehouse reports.  “The gear really got a work out – 20 hours a day.”  On the tour “the whole rig is hidden behind a scenic back wall and ceiling.  We have 80 Sharpys and 130 Sharpy Washes mounted on trusses, and all of them come through a grill and look amazing.  When they’re not on you don’t see them at all.  And when they’re on you can’t see the grill.”

Whitehouse selected Sharpys because he “needed something that was powerful, lightweight and low power. And they tick all those boxes.”

Although the tour is still in its early days the lighting designer says “everything is working great – all the Sharpys are holding up really well.  The guys at A.C.T. were awesome, too.  A.C.T’s support has always been incredible.  Day or night, we could make one call to A.C.T and get anything sorted out.”

Francesco Romagnoli, Clay Paky Area Manager for North and Latin America, was glad to see the Sharpys on Justin Timberlake again.  “Our lights have been on Justin Timberlake before and we have worked with Mr. Whitehouse numerous times.  We’re proud to be in the company of such artists once again.”