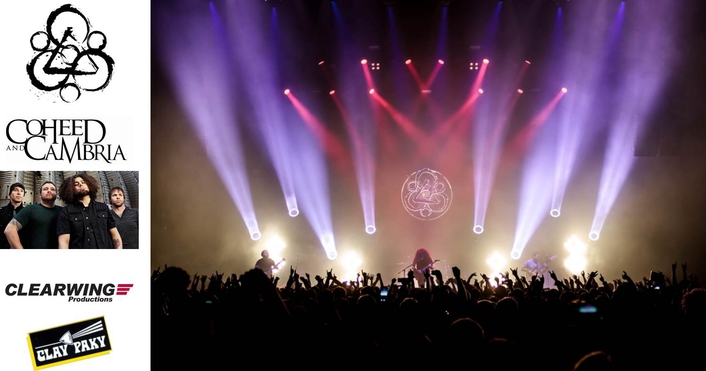 .
Coheed and Cambria, the American progressive metal band whose innovative concept albums tell the sci-fi story of The Amory Wars, has wrapped a concert tour that included a complement of Clay Paky A.leda B-EYE K20s and Sharpys.

Coheed and Cambria recently toured with the band Thank You Scientist, playing 25 dates across the US and in Toronto.  Coheed and Cambria’s setlist followed “In Keeping Secrets of Silent Earth: 3,” their 11-year old second album, which has recently been remastered and rereleased. Clearwing Productions supplied the lighting package for the tour, which included Clay Paky fixtures. 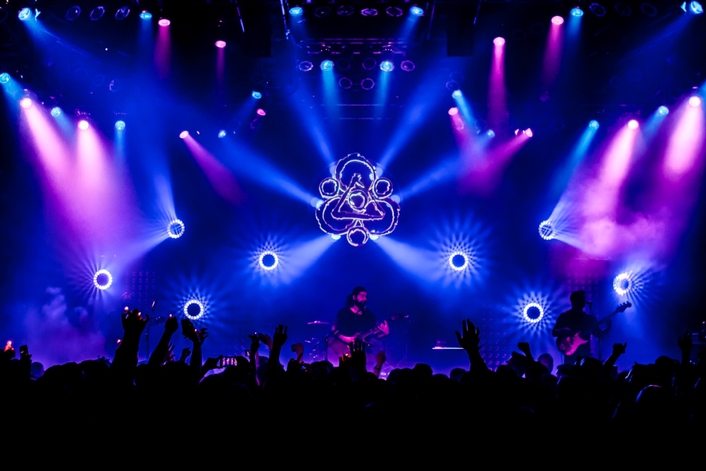 “The album tells the story of Claudio Kilgannon and his journey of self-discovery in a science fiction universe.  Each song moves the characters along, and the lighting needed to be able to follow the quick changes to their emotional states,” explains Clearwing’s Michael “Greek” Hionis, the show’s lighting designer/director/programmer.  “The focal point in the rig was the custom Keywork set piece, a visual representation of the energy that binds the planets together in the universe. In addition to the Keywork, the lighting was designed to transport the audience to the various locations, including a landslide battle, a dark city full of secrets, a space ship and an ominous castle of evil.” 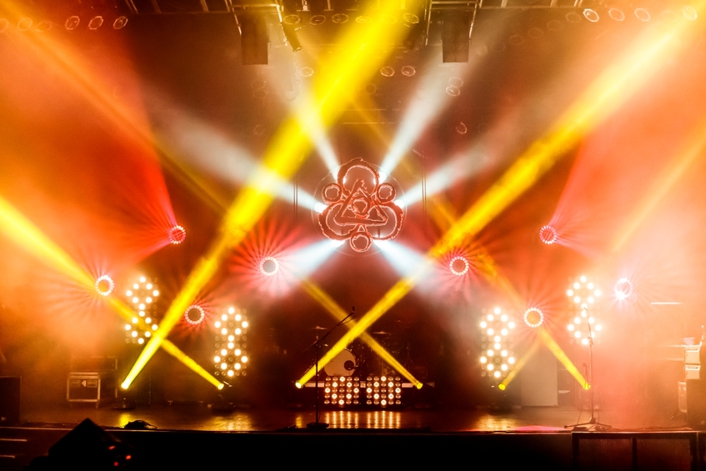 Hionis was tasked with blending the Keywork with the rest of the design on the stage.  “We lit the Keywork with 60 meters of LED strips with the help of Kevin Opatz. It hung above the drummer, with a two-meter circle truss behind it.  The front edge of the truss was wrapped in sharks-tooth to emphasize the glow coming off of the Keywork,” he says.  Four truss towers were mixed within a row of guitar cabinets flanking the drummer.  “Each tower had two B-EYE K20s at varying symmetrical heights – six, eight and ten feet – with half the fixtures mounted above and half hanging below fixed pipes so I could make sure I hit every inch of the room,” he reports.  “The B-EYEs’ circular design and macros could look like anything, including more planets within the Keywork.” 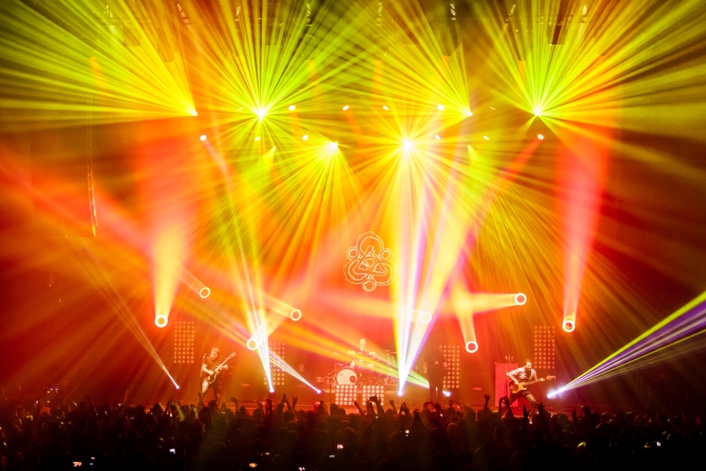 Six Sharpys were positioned on the stage floor in front of the towers and drum risers.  “I wanted the beams to look as tall as possible,” Hionis says.  “I needed a fixture that could punch through the B-EYEs when necessary but because much of the show was dark and moody, it was less about full stage washes and more about dark and sinister beams spread sparsely across the stage.  That's why the tight beams worked perfectly.  Larger fixtures wouldn't have looked as good irised down and certainly wouldn't have been as fast.”  The Sharpys also intrigued front-row fans, who tried to reach out and touch the beams during some songs. 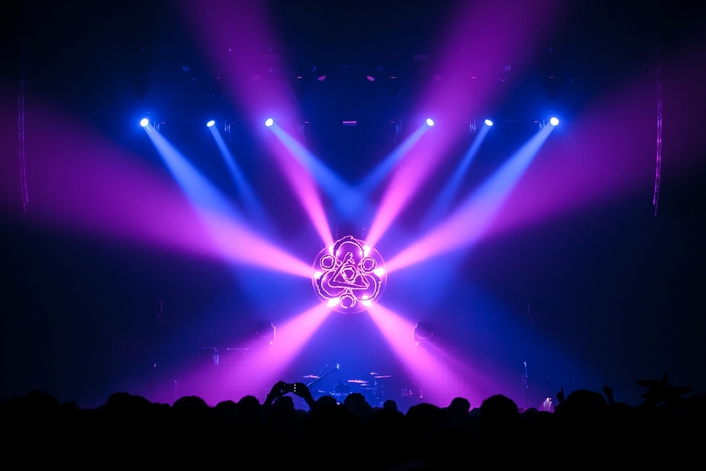 “When placing fixtures on the floor, their footprint also becomes a factor,” he adds.  The Sharpys’ compact footprint supported the notion that, “Bang for you buck is less important than bang per square foot,” he says.

“From a design perspective, the Keywork was purely a visual piece, the Sharpys were purely a lighting effect, and the B-EYEs had the ability to be either and merge everything so that each look [became] one cohesive idea,” Hionis explains.  “B-EYEs are absolutely my new favorite fixture!”

Hionis praises the role A.C.T Lighting has played over the last two years.  “They’ve been very supportive and extremely helpful in terms of training and email support,” he says.  “They have all helped me out so much in so many different ways.”

Francesco Romagnoli, Clay Paky Area Manager for North and Latin America, added, “This is a very interesting production and Mr. Hionis has done a great job at designing it.  We’re proud to have been a part of it.”