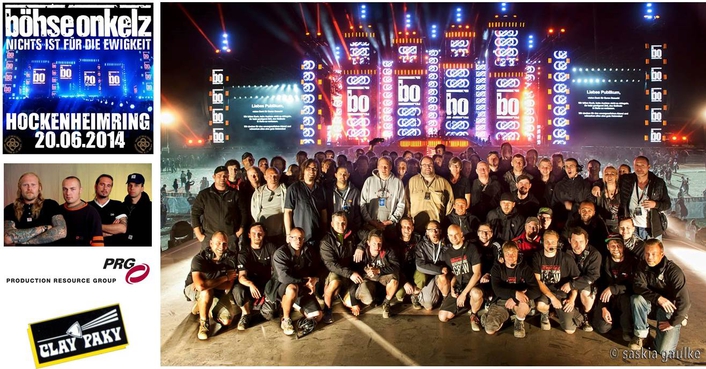 Well-respected lighting and show designer Jerry Appelt specified the Clay Paky fixtures, supplied by PRG, to reinforce his architectural show design, that saw the band brought closer to the audience through a set that comprised a main stage as well as B-stage. 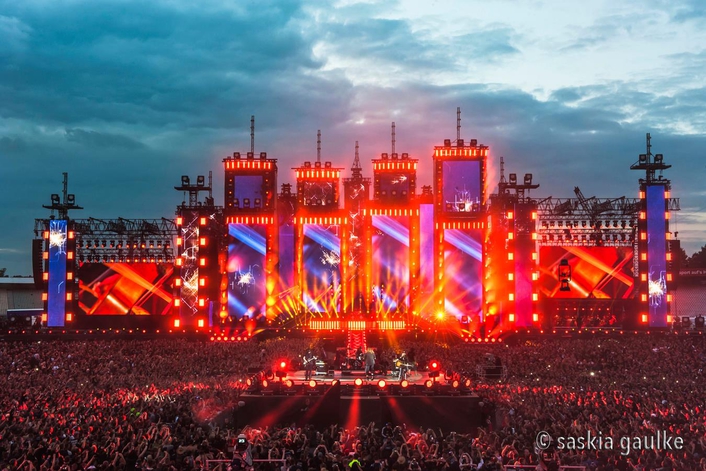 “When designing a show of this size, the power of the fixtures was very important,” explains Appelt. “They also needed to hold their own in sunlight, with it being an outdoor event. I had used the B-EYEs before, but only indoors, and I was really impressed with how they performed on this show in the open air.”

The Clay Paky B-EYEs covered the B-stage floor, where the Böhse Onkelz performed an acoustic portion of the set. 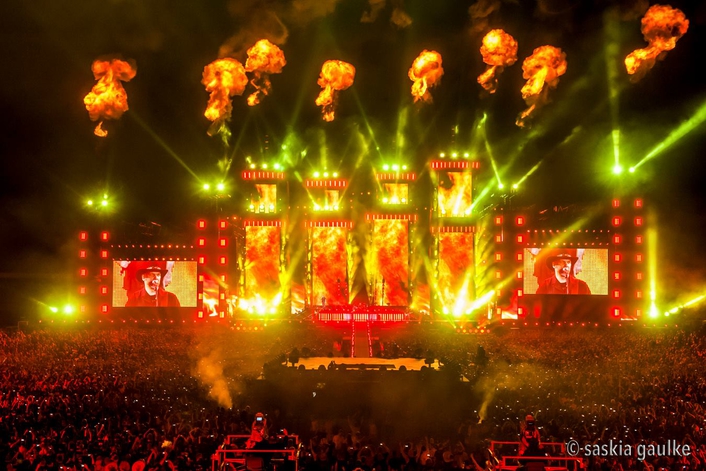 “The B-EYEs have a fantastic feature set, including the macro and shape effects, and I used a few for general eye candy,” continues Appelt. “However, I’m also impressed that, effects aside, they also work fantastically as a basic lighting tool.”

The A.leda B-EYE K20 is a high performance wash and beam light, and a creator of spectacular visual effects. It is brighter than any LED-wash with the same rated power, thanks to its special optical unit. The zoom ranges from 4º to 60º and it is therefore suitable both for environments with low ceilings where large angles are extremely useful and for shows in arenas where a tight zoom is perfect. 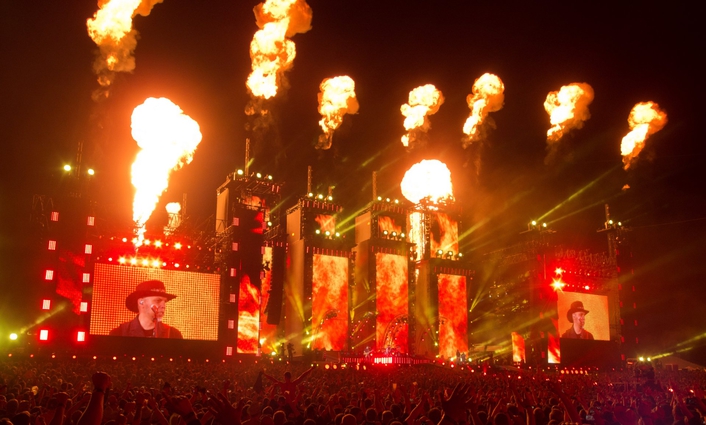 “The Clay Paky Sharpys also made up a lot of the floor package onstage,” says Appelt “They were used as part of the set lighting, and also integrated into the visual content. They worked really well, the output was great.”

Appelt’s show design evoked a city skyline with four giant towers, or skyscrapers, covered in LED screens dominating the stage. Each tower’s video displayed live-feeds of one of the four band members, with different colours and content used to give the show a feel reminiscent of the graphic novel ‘Sin City’.

Two hundred thousand fans flocked to the infamous motor-racing circuit over the show’s two nights, which was also filmed for DVD and Blu-Ray.

Böhse Onkelz plan to repeat the open air shows in 2015.