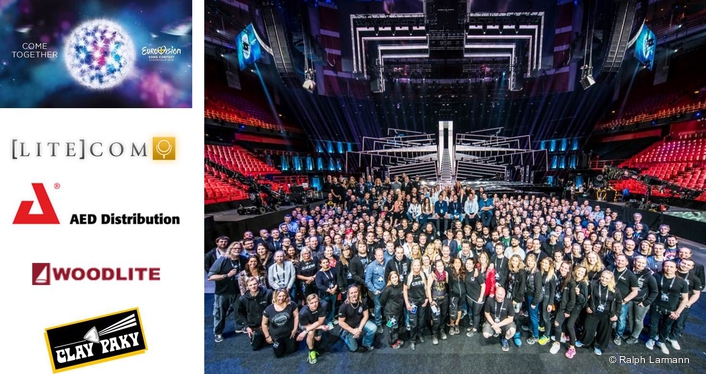 Now in its 61st year and themed ‘Come Together’, Eurovision was sponsored by OSRAM and hosted by last year’s victor Sweden at Stockholm’s Globe Arena and watched by millions around the world. 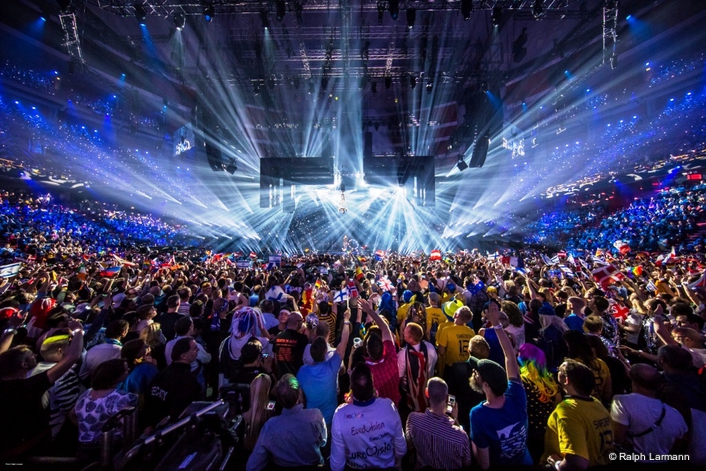 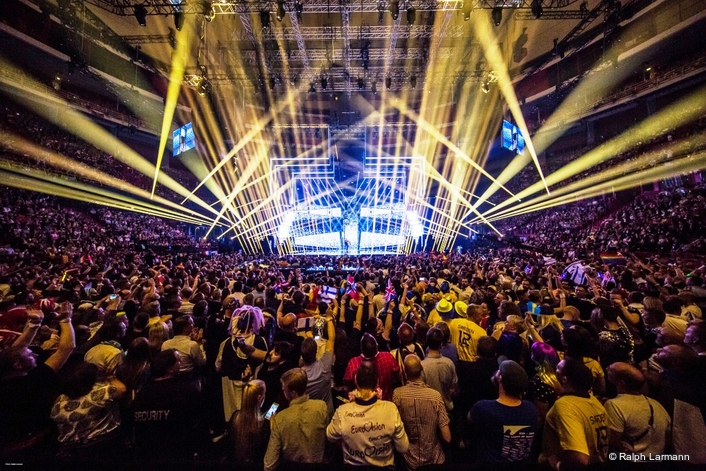 “Clay Paky’s new Scenius was the main profile workhorse of the rig,” explains Jönsson. “We were really impressed with its sharp optics and brand new OSRAM lamp which offers fantastic colour rendering – the white is actually white and not tinged blue or green. For a designer like me who works a lot on large televised events, this high CRI light source is a real game-changer.” 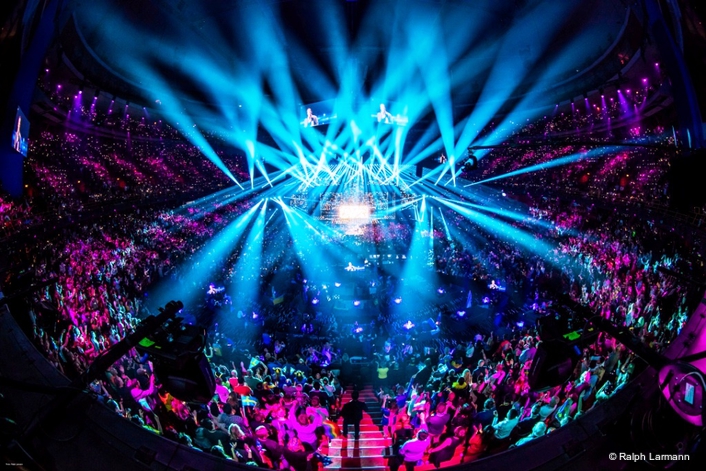 Ola Melzig, technical director of Eurovision 2016, agrees: “The new Scenius is amazing -  it is most probably the best light for television ever made. The white is so white -  the CRI levels are absolutely perfect.” 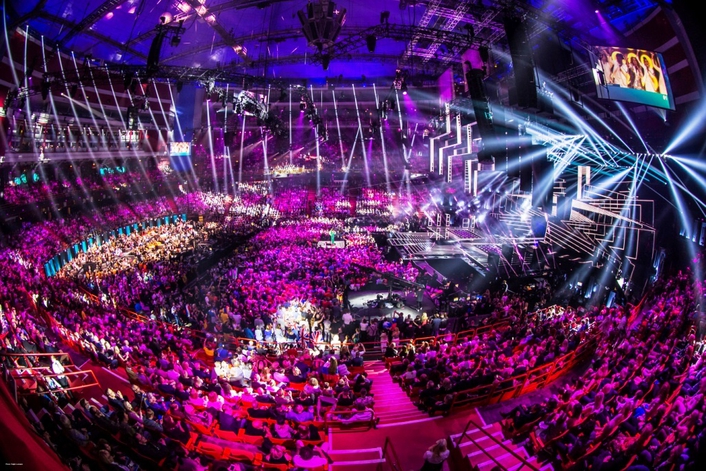 Working with Eurovision’s technical and creative teams, Jönsson arranged the Scenius above the stage on straight truss. From here the fixtures worked with the Mythos, Sharpy and Sharpy Wash 330S to complement the ‘infinity’-style perspective of Frida Arvidsson and Viktor Brattström’s bold set design. 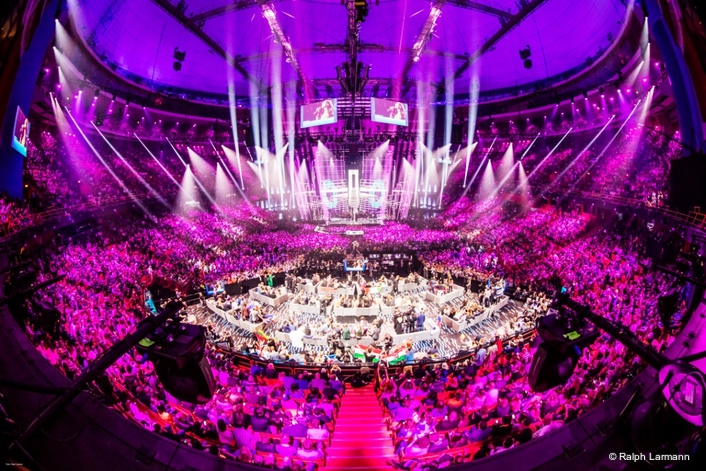 “I wanted quite an old school rock and roll feel to the lighting, so very sharp and angular with a lot of straight lines,” continues Jönsson. “Above the stage there is a row of 56 Sharpys which, along with the Mythos, provide most of the fast paced beam work and effects.”

“There is a reason 50% of the rig is Clay Paky,” adds Melzig. “They have proven to be very reliable fixtures, with colours that are ideal for television. You also get a lot of bang for your buck, especially with the Sharpy series.” 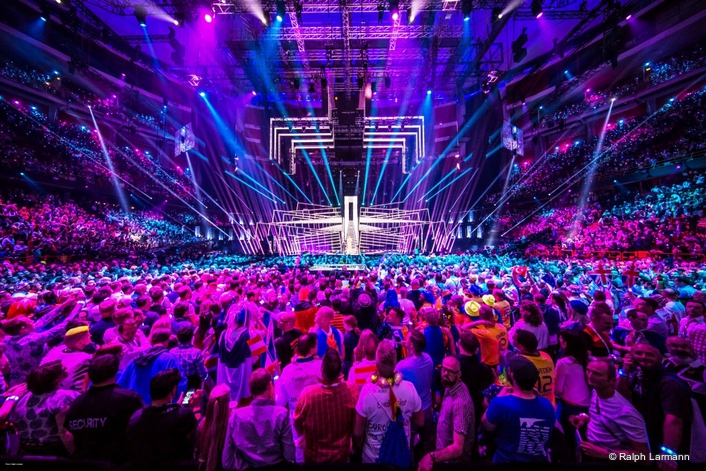 The Clay Paky fixtures also held their own alongside the show’s significant video element. This included an incredibly high-resolution floor of 71 million pixels.

“The Mythos is a great fixture with fantastic punch,” continues Melzig. “Plus, if you look at its output versus the energy it consumes, it’s pretty amazing.” 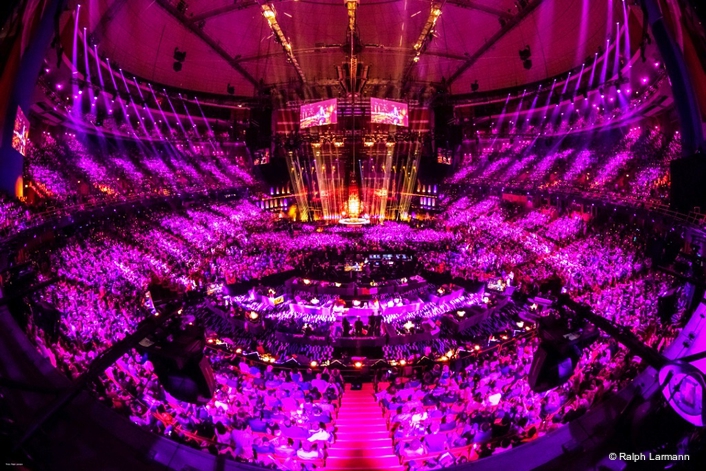 Clay Paky CEO Pio Nahum adds: “With global TV audiences for this year’s grand final reportedly reaching 200 million, Eurovision is truly one of the greatest shows on Earth. Nothing can go wrong when an event is being broadcast live on such a scale. The lighting equipment must not only be capable of providing awe-inspiring visual effects – it must also be entirely reliable. That’s why we are beyond thrilled that, for the sixth year running, Eurovision’s electrifying stage has been largely lit up by our advanced fixtures. This year marks Clay Paky’s 40th anniversary and so it is a fantastic way to celebrate.”

The Eurovision Song Contest 2016 took place on Saturday 14th May and was won by Ukraine entry Jamala with her song ‘1944’.